Although the business is still waiting on a store-front sign, it’s easy to identify because of its bright color in the mix of brown and grey buildings in downtown Williamston. Photo by Kayleigh Garrison.

It’s been busy inside the bright teal building at 118 W. Grand River Ave. in downtown Williamston. The building now occupies The Bunkhouse, which opened on Feb. 16 and was founded by 141 Design Company owners Chantelle and Brian Deimling.

“The Bunkhouse is where paint classes are held and it’s also a fun little store,” co-owner Chantelle Deimling said. “It has a really funky flare to it.”

The Deimlings used to hold paint classes at 141 Design Company, but as their business grew in popularity, so did their paint classes. They offer a variety of paint classes at The Bunkhouse that give people the opportunity to paint clocks and signs, among other things. Co-owner Chantelle Deimling said it’s a great meeting space for people to have fun and relax.

“We love being able to teach people and offer classes,” Deimling said. “We actually schedule private classes as well. Friends come and they bring all of their own food and it’s a big party.”

Deimling said 141 Design Company has a “farmhouse flare” and focuses more on home décor and “designing a space for yourself,” while The Bunkhouse is geared more towards the younger generation with its edgy vibe, but also because her twin daughters manage the store.

“This is more of the younger side of our family,” manager Torey Deimling said. “It’s full of fun gifts, clothing, bright colors and vintage furniture that we revamp, paint and give it a new life.”

Deimling has a lot of experience in art. She went to college for a short period of time but when her mother started her paint line, Bungalow 47, she stopped taking classes and started working for her parents because “It is something I’ve always wanted to do.”

“Art is something I’ve always been interested in,” Deimling said. “[My parents] are great business people; I like the way they teach me things and help me learn.”

Out of all the jobs she’s had, Deimling said managing The Bunkhouse is her favorite.

“Here, I get to look out a window and at bright colors every day,” Deimling said. “Getting inspired every day is really nice and having people come in the store and actually like the artwork you do is nice. I’m excited to keep doing this. I see this as a real career and something I’ll enjoy long-term.”

Since The Bunkhouse opened, manager Torey Deimling said it’s gotten a good response from the community.

“It was a nice thing to add to the community,” Deimling said. “Every store has that beginning period but people have been coming in and saying ‘I’ve been excited to come in and see it.'”

“What’s tough about a small business is there just isn’t enough support here,” Deimling said. “We have to draw from a bigger area to stay in business [because] the community here cannot support a standalone business by itself.”

“They arrange certain activities that bring people into town,” Ortega said. “Part of the challenge for downtowns in general is the economy is changing. You’re seeing a lot of change in the type of businesses people visit. Now they have big box retailers and the internet to compete against. There’s more competition that the businesses have to deal with.”

Deimling said he and his wife continue working because it’s their dream and it’s their own.

“Going into a small business, there’s no guarantees you’re going to make it,” Deimling said. “It’s expensive. I want to make it work. I want to be successful. It’s just wake up and grind every day.”

Once the community gets a feel for The Bunkhouse, the Deimlings plan on hosting a party as a way to celebrate the new business.

“In the fall, probably around September, we’re going to have a ‘Bunkhouse Ball’ where people will be able to dress up and come and dance; there will be food, drinks and a live band,” manager Torey Deimling said.

Until then, the new business will rely on patience.

“There’s a lot going on,” co-owner Chantelle Deimling said. “Keep in mind that it’s all being built right now. This is just the beginning of what we’re doing, so it’s all very new.” 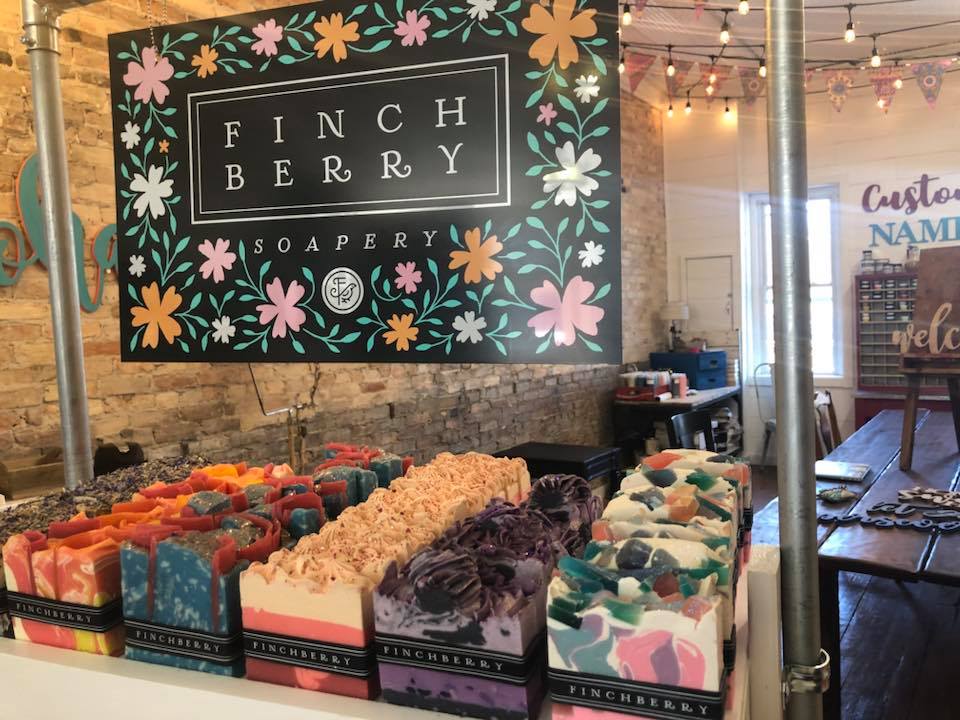 Manager Torey Deimling said she and her mother usually go to Texas every year for a large antiques fair. "We find what we like and get really inspired," she said. Photo by Kayleigh Garrison. 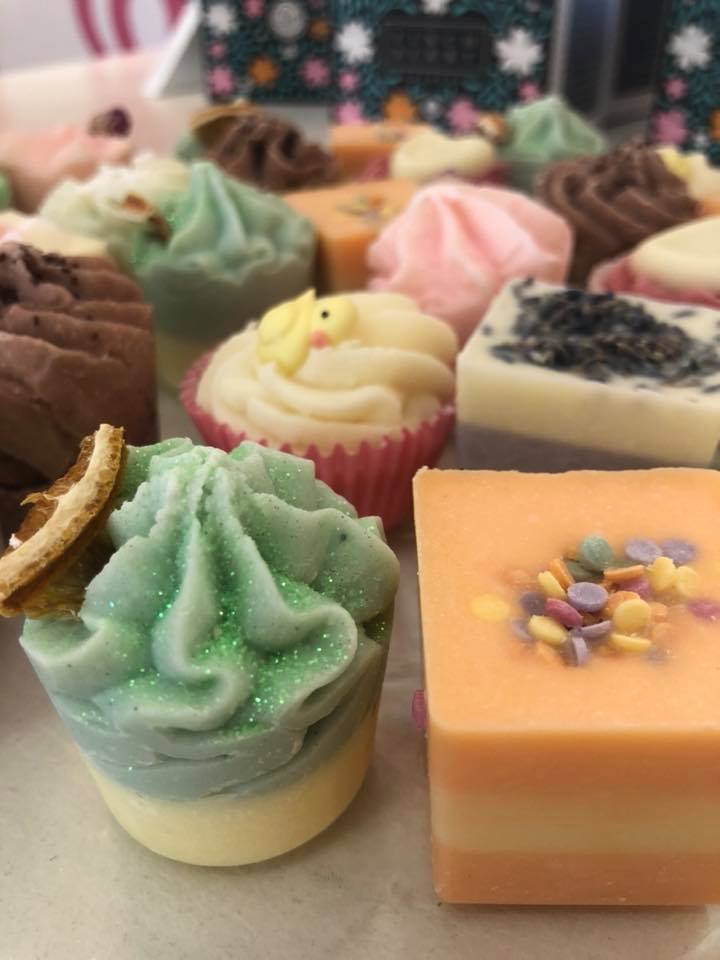 It looks like dessert but it's actually soap. Photo by Kayleigh Garrison. 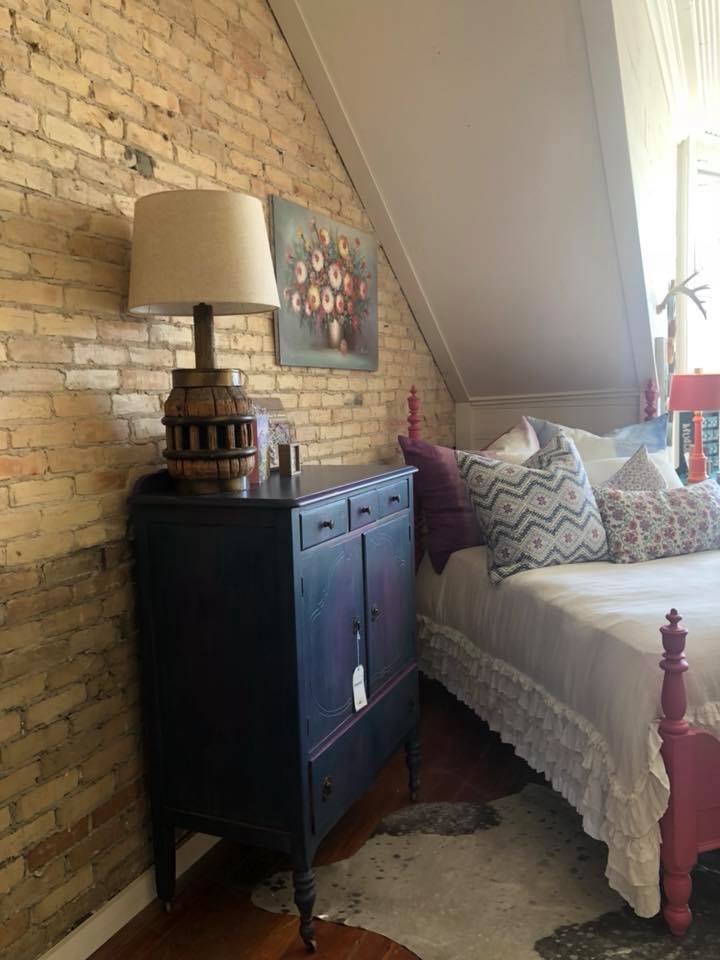 The Bunkhouse sells a variety of items, including hand-painted vintage furniture. Photo by Kayleigh Garrison. 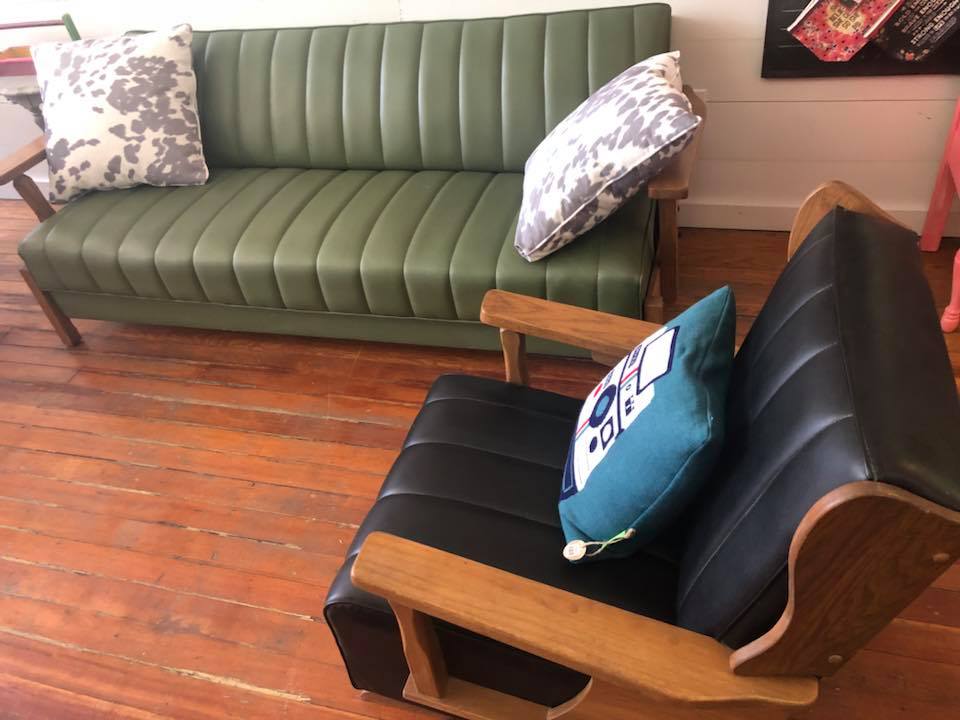 The Bunkhouse has "more of that hometown feel," manager Torey Deimling said. "A lot of our furniture is one-of-a-kind. It’s good quality." Photo by Kayleigh Garrison. 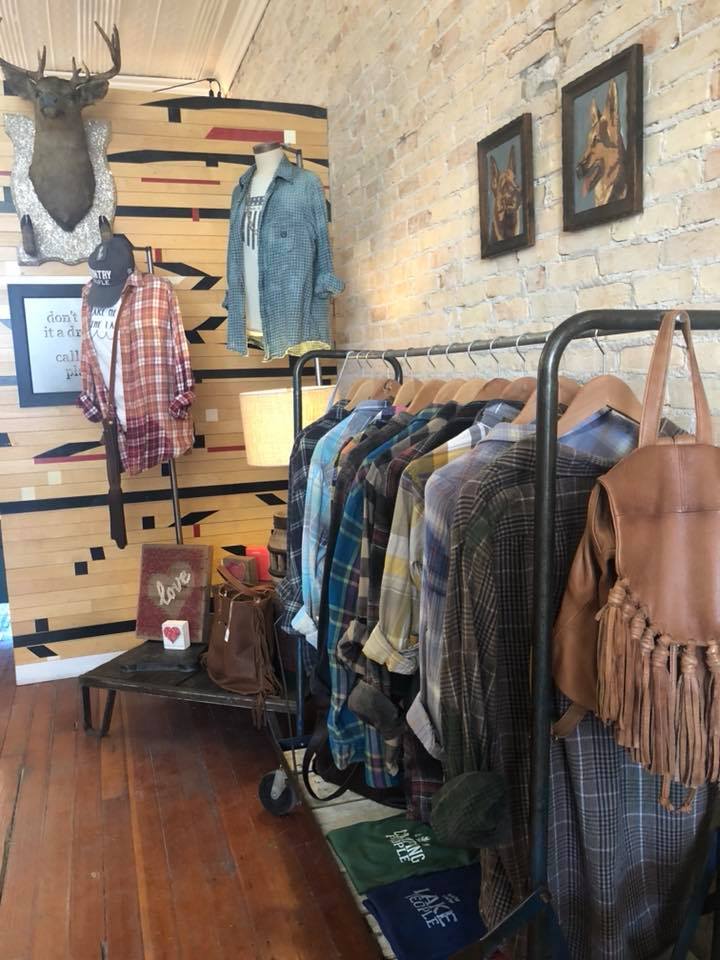 “This is more of the younger side of our family,” manager Torey Deimling said. “It’s full of fun gifts, clothing, bright colors and vintage furniture that we revamp, paint and give it a new life.” Photo by Kayleigh Garrison. 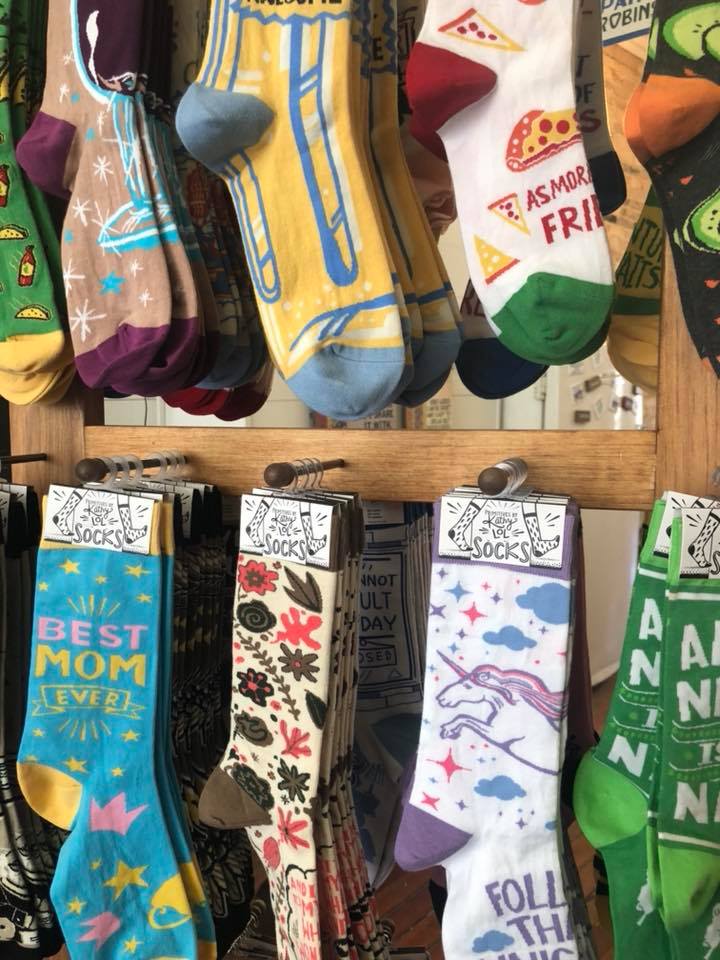 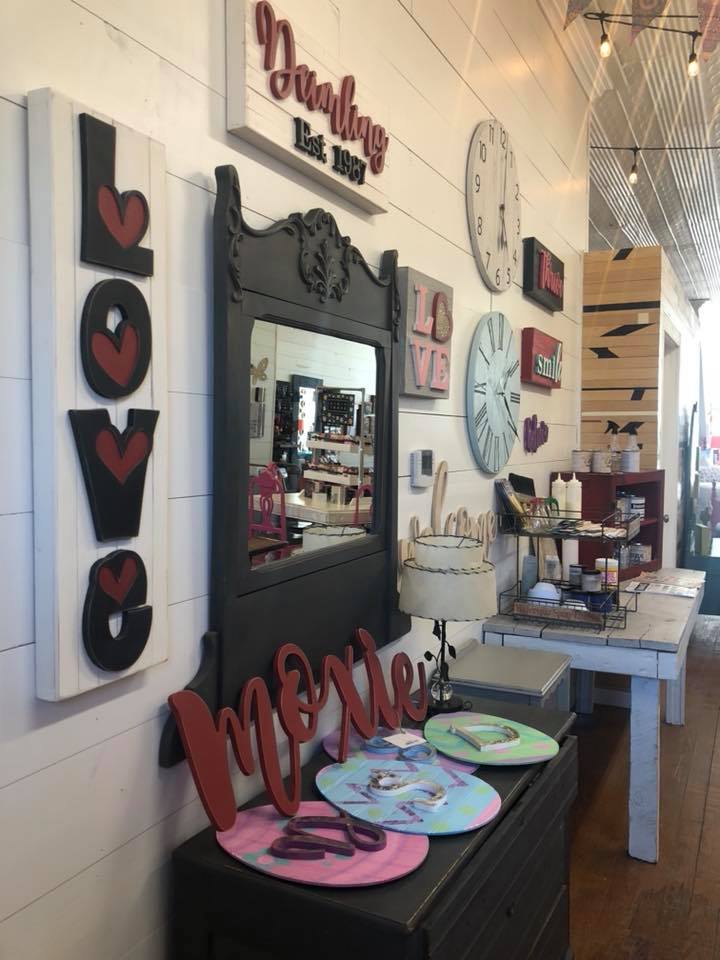 The Bunkhouse offers paint classes and Torey Deimling said her goal for the paint classes is that people "have a fun time with their friends and they can bring something home and remember that fun time." Photo by Kayleigh Garrison. 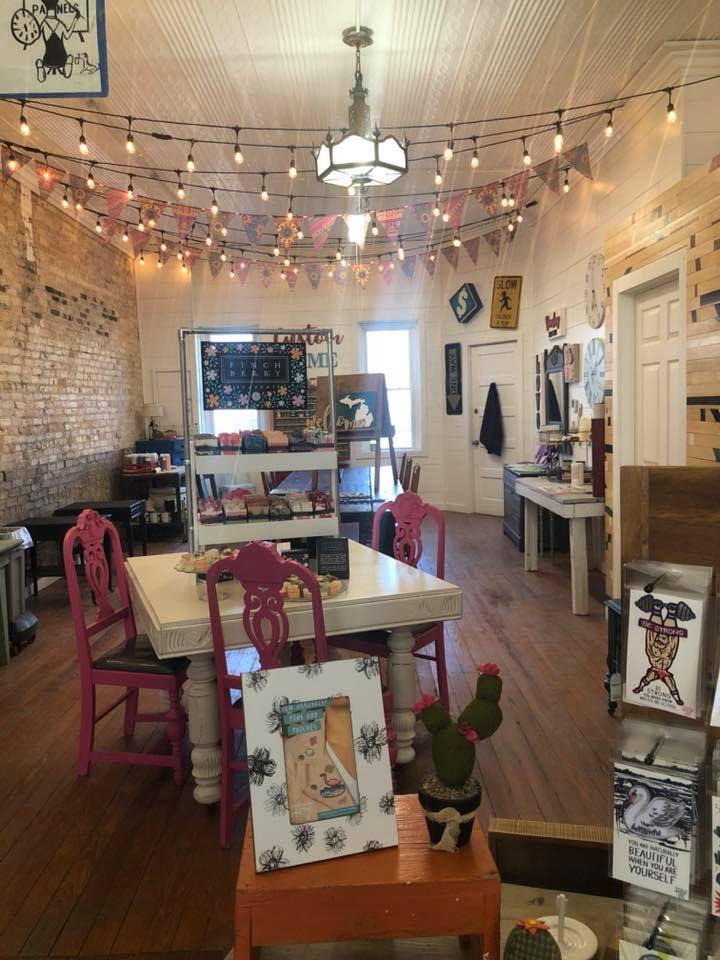 “Keep in mind that it’s all being built right now," co-owner Chantelle Deimling said. "This is just the beginning of what we’re doing." Photo by Kayleigh Garrison.