The house at 5108 Barton Road in Williamston looks like any other house. There are trees out front, a few cars parked in the driveway and a garage door wide open, giving people a glimpse of the backyard. All seems normal until the sound of dogs, chickens and alpacas fill the air. Yes, alpacas.

In the backyard of this home lies Circle 6 Alpacas, a fiber production farm that houses 30 alpacas, one goat, three horses, two dogs, five cats and 10 chickens. Kate Campbell, her husband and their four children run the farm. Campbell always knew she wanted to raise her children on a farm.

“I grew up in the country and had a horse,” Campbell said. “It taught my kids a lot of responsibility. It taught them about life and death.”

Although Campbell had always dreamed of raising her children on a farm, she had no idea it would lead to where it is today.

In 2004, she met a woman at an art festival who owned llamas; she visited the woman’s farm and was almost convinced to buy a llama. However, she delayed the purchase because she wanted to interact with alpacas first, especially because they’re two different animals with different textured fur.

“I went to an alpaca farm and went, ‘Oh my gosh, that’s a lot softer,’” Campbell said. “I went around and visited six or eight farms and we decided to just do it. We started out slow and we grew from there.”

In the beginning, Campbell went to numerous animal shows with a goal of selling her alpacas and making a profit. She said that when the Great Recession hit, she changed her business plan to focus more on selling fiber-made goods because “nobody was buying animals at the time.”

“I still have not totally recovered from the Great Recession,” Campbell said. “My animal sales are still not where I’d like them to be, but it’s OK. In some way, I like it better because there’s less pressure.”

Although she no longer attends alpaca shows regularly, Campbell operates a booth at Sign of the Pineapple in downtown Williamston, The Absolute Gallery in Old Town Lansing, an online store and an Amazon Prime store, where she specializes in selling socks, hats, gloves and scarves.

She’s found much success at Sign of the Pineapple because if not, she would have been run out of business.

At Sign of the Pineapple, dealers must have products that are going to sell or the manager will discourage them from opening a booth.

“There are some things we know are not going to sell well,” said Sign of the Pineapple manager John McAuliffe. “Sometimes we’ll discourage people because you’ve got to pay rent. There’s no sense in paying rent all the time if you’re not making any money.”

Campbell said one of the biggest challenges of running a fiber production farm is taking animals to the market. At one point, she had 50 animals and it became too much work for her and her family to take care of all the animals. Animals taken to the market were selected if they were aggressive or “weren’t pulling their weight.”

“The way a good farm and production farm work, you manage the animals that have the best fleece,” Campbell said. “The ones with [less wool] aren’t productive enough. It’s becoming part of the job. I don’t think of my animals as pets. I am fond of some of them, but they’re not my pets, they’re herd animals.”

As a full-time nurse, mother of four children and fiber production business owner, Campbell said running a fiber production farm is a juggling act and she’s had to make sacrifices regularly throughout her life.

“As far as my kids go, I don’t say yes to everything,” Campbell said. “I don’t volunteer a lot in the schools. I feel guilty that I don’t donate my time to the track team; I just can’t do it. What I learned early is that there’s a lot of guilt associated with motherhood. It’s just a universal truth and women just have to go through it. You have to learn how to accept that.”

She finds time for herself thanks to her husband’s support and kids’ contributions.

“All moms struggle trying to find time for themselves,” Campbell said. “Part of the time for myself is the time I have with my horses or have a drink with my friends. It’s really a balancing act and you just have to allow that.”

Although she sometimes struggles with time management and taking animals to the market, Campbell said she’s accomplished many of her goals.

“I’m profitable,” Campbell said. “I wanted to raise my kids on a farm so they can see the life and death cycle and understand the responsibility of running a farm; I’ve done that.” 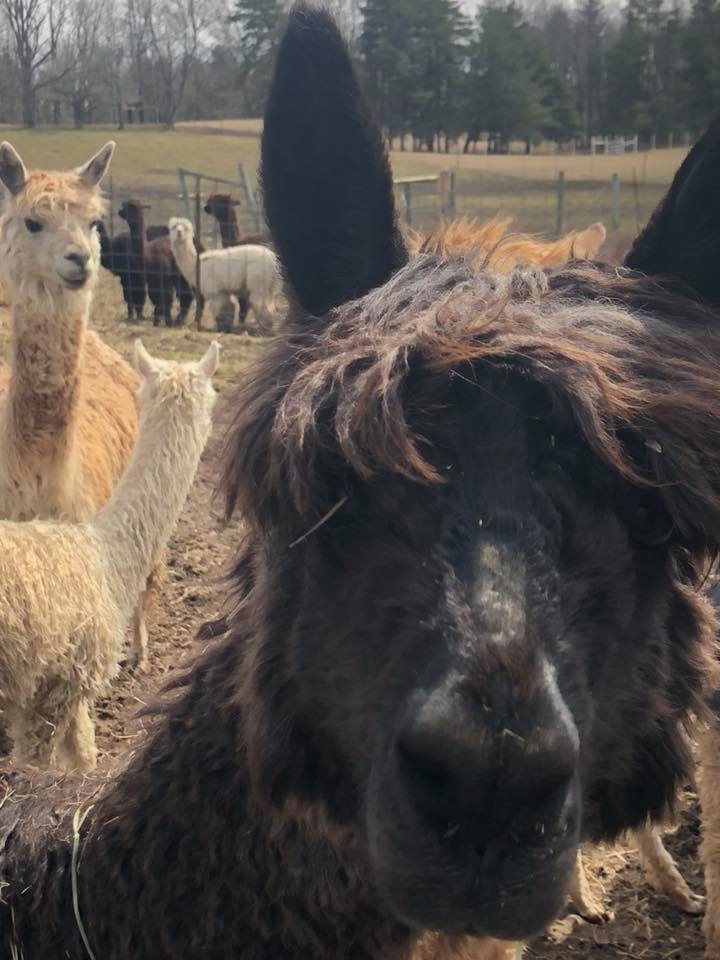 "I don’t think of my animals as pets," Circle 6 Alpacas owner Kate Campbell said. "I am fond of some of them, but they’re not my pets, they’re herd animals.” Photo by Kayleigh Garrison. 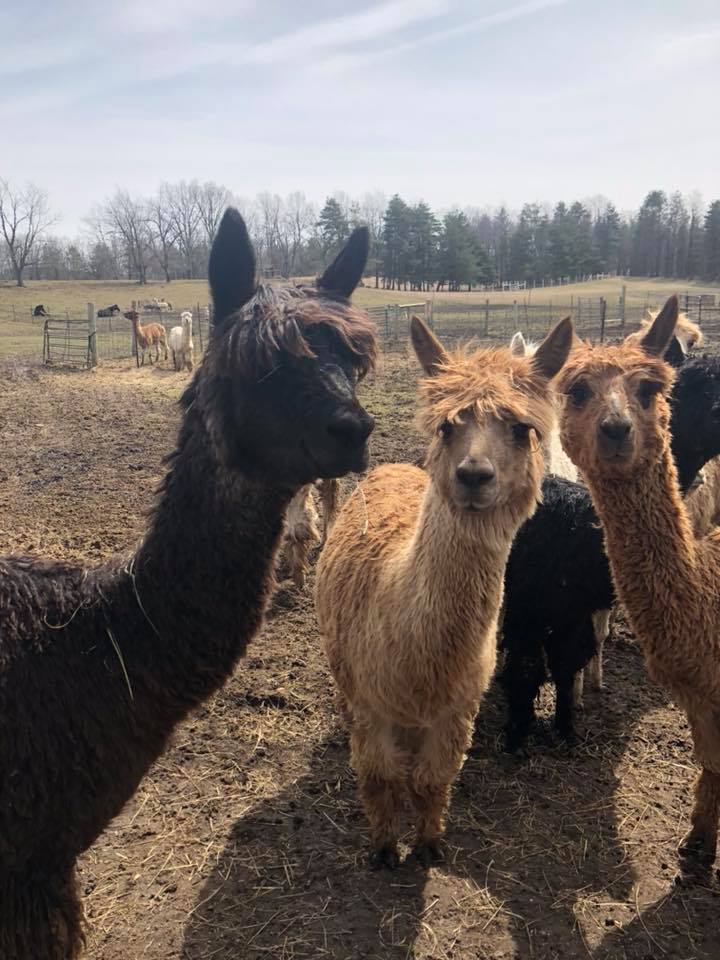 Circle 6 Alpacas owner Kate Campbell said she can name every single alpaca just by looking at them. Photo by Kayleigh Garrison. 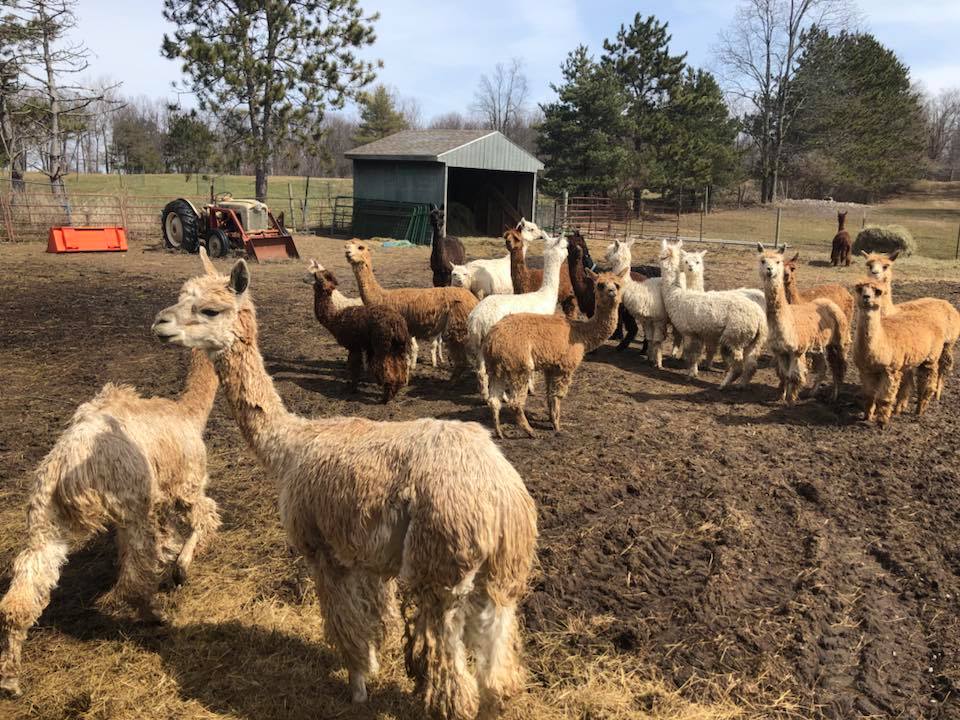 Alpacas are a herd animal so they stick together. Photo by Kayleigh Garrison. 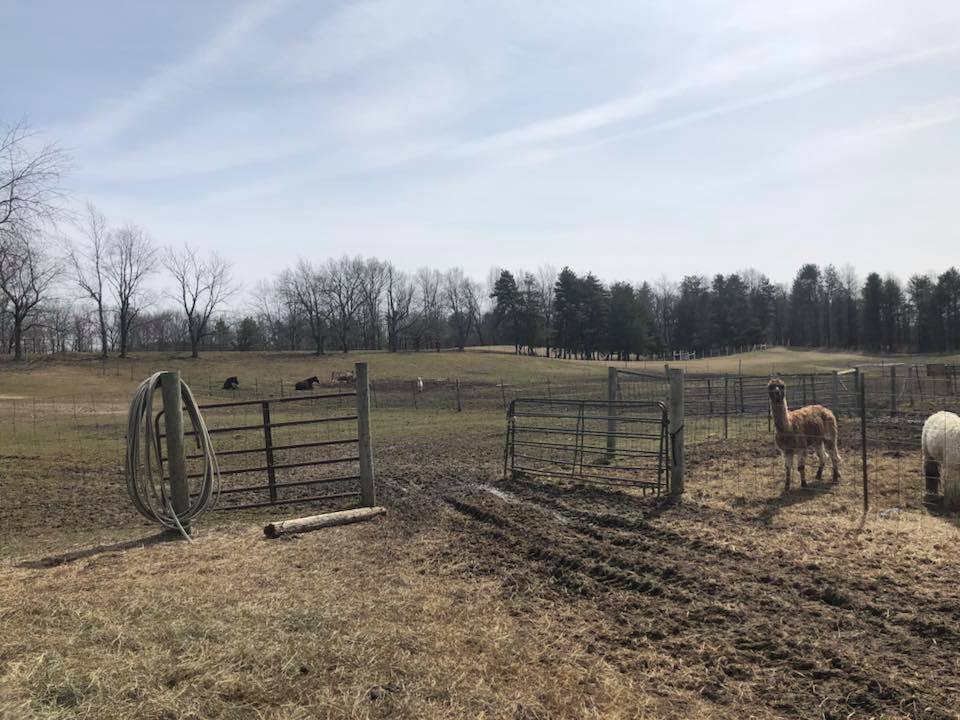