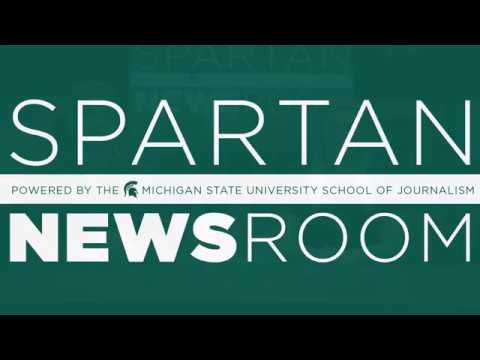 On March 22, President Donald Trump ordered up an array of tariffs against numerous countries, blocked Chinese takeovers of U.S. companies and sought new restrictions on future Chinese investment. It was seen as the beginning of a trade war against China.

Nuola Lee is a resident of Lansing. She said, “I didn’t pay much attention to national policies. I just know a lot about (the) trade war in TV and news reports.”

For now, the policies seem to have no effect on the lives of residents. Lee said, “I have read some reports about family life, prices may increase in the future. This will increase the cost of living a lot. I don’t like that.”

The potential trade war reminds Galia Benitez, an Assistant Professor from the James Madison College of Michigan State University, of the Greate Depression of the 1930s.

She said,”The Great Depression of 1930 made the economy of the United States and the whole world go back a lot.”

Frantic attempts to shore up the economies of individual nations through protectionist policies, such as the 1930 U.S. Smoot–Hawley Tariff Act and retaliatory tariffs in other countries, exacerbated the collapse in global trade. By 1933, the economic decline had pushed world trade to one-third of its level just four years earlier.

“Trade war is bad for everyone. For residents, they will face higher prices, and their cost of living will also rise a lot. No one will win a trade war in history. The Great Depression made every country’s economy suffer heavy losses,” Benitez said.

“In 2002, President Bush raised (the) steel tariff. It made a lot of people lose their jobs,” Benitez said.

Sofar, East Lansing government has not been greatly affected, said Annette Irwin, the Housing and University Relations Administrator at City of East Lansing. She said,”Because of the trade war, prices will rise. When wages are not raised, prices rise, which is not a good thing for everyone.”