Old Town is a part of the National Register of Historic Places, a federal government list of historical districts.

As a historic district, the community takes pride in its value, Laura Krizov, Manager of Michigan Economic Development Corporation said. To maintain its value, she said historical districts capitalize on old characteristics.

“We don’t want to be a Disneyland all across the country or even Michigan,” Krizov said.

Strong bricked structures remained standing subsequent to fires destroying many buildings, according to the Register’s inventory document of North Lansing. The architecture of those buildings resembles mid-1860s and late 1880s of Italianate Commercial architectural style. Through rehabilitation, the district preserves its historical characteristics with a Midwestern style.

A goal of the Register is to inform communities how to respect a building’s layout and retain its major features, said Patrick Andrus, historian at the Register.

Adaptive reuse is when a building is adjusted for modern usage, Andrus said. This way, the property is not frozen in time.

For example, a historical building on 204 East Grand River Avenue has recently been transformed into lofts.

To continue revitalization in the community, repurposing a property involves preservation and rehabilitation can pose challenges.

Although historic buildings are generally solidly built, replacements of features such as windows, doors and sidings may become an expensive upkeep, he said.

For instance, if a property owner replaces a wooden window frame or a six over six panel glass with a single panel, the alterations could affect the historic integrity of the building, he said.

“The challenge for owners is to first, understand what is important about their building,” he said. “Which features are the most important in defining the historic character of the building? Then, recognize that you (should) replicate the original materials if at all possible.”

However, replicating original materials may have constraints, said David Swanson, architect and owner of Swanson Design Studio. Over time, materials such as terra-cotta will deteriorate and become unavailable or expensive when replacing it.

“When you are to replicate historic pieces or features, you got a bunch of constraints, budget issues you need to struggle with, because the cost of maybe creating a new form (of terra-cotta) is outlandishly expensive,” Swanson said.

Although these properties are old, the buildings were built with “fantastic material,” said Brian McGrain, director of the Lansing Planning Office.

Old Town is an arts community with festivals and events, along with an abundance of restaurants and boutiques. Rehabilitation has played a prominent role in its revitalization. Property owners have taken part in the transformation through their own rehab efforts.

Swanson decided to invest in Old Town as he always liked the atmosphere.

“The festivals, things that happen in Old Town, it’s just a great community,” Swanson said. “We got to know our neighbors in the area. We became friends with people in the area. We take part in a lot of community events. Mary, my wife, has been involved pretty heavily on the OTCA board.”

Swanson Design Studios was originally a 1928 Comerica Bank of Lansing, he said. After buying the building, the owners transformed it into an architectural firm.

The building was built with limestone and brick, said Mary Swanson, architect and owner of Swanson Design Studio.

“I would call it kind of classical,” she said. “You’ll see banks like this all over the Midwest. Not precisely like this, but kind of this form. Our basement is full height and used to go down to a board room. The bank opened up onto the main street which back then was Franklin, then it became East Grand River.” Terry Terry, CEO of Message Makers and owner of UrbanBeat Event Center, said he participated in the revitalization effort prior to North Lansing being renamed Old Town. Terry rehabbed an 1878 building and reconstructed it into Message Makers during the mid-80s. At the time, he said the district was a ghost town and he was looking for an affordable property.

“I saw the property and thought, ‘well, I want a place I can work on and live in at the same time,’” Terry said. “So, that was part of my motivation. (I) bought the building, lived upstairs. It’s got tin ceilings, maple floors, pretty cool skylights. (The) river’s outback.”

In the past couple of years, he rehabbed a second building called UrbanBeat Event Center that offers customizable events. 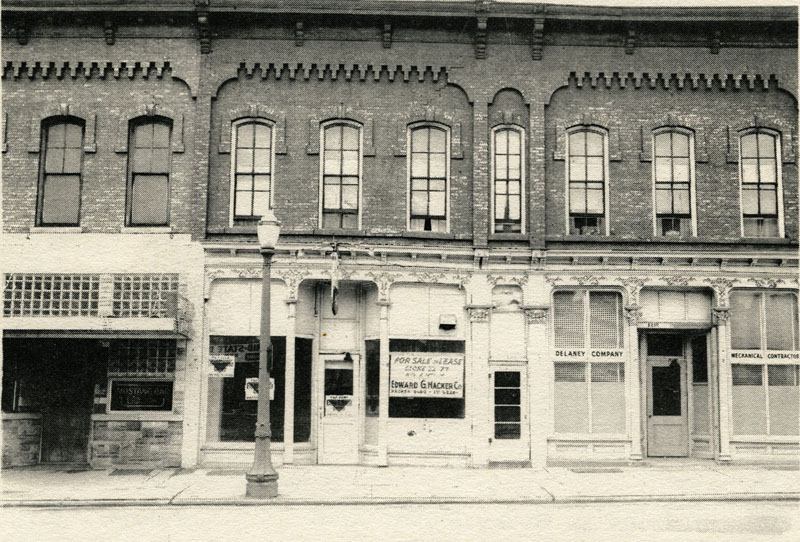 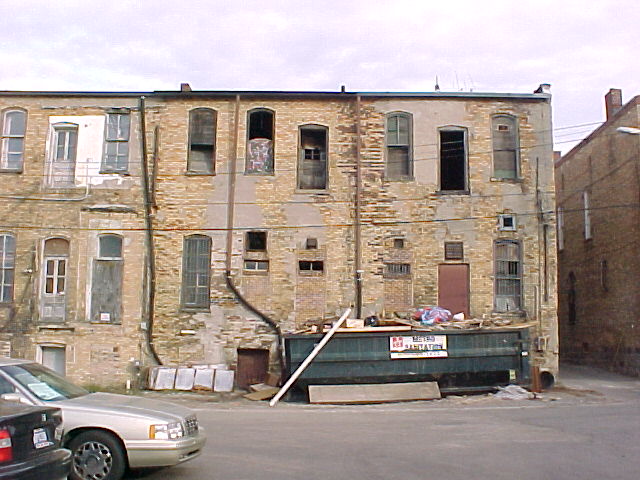 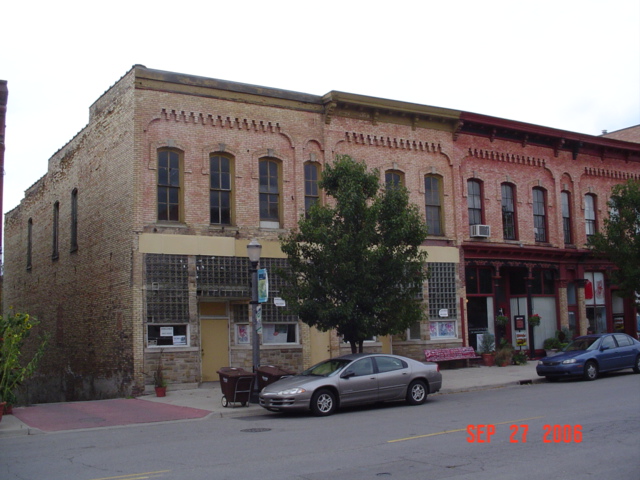 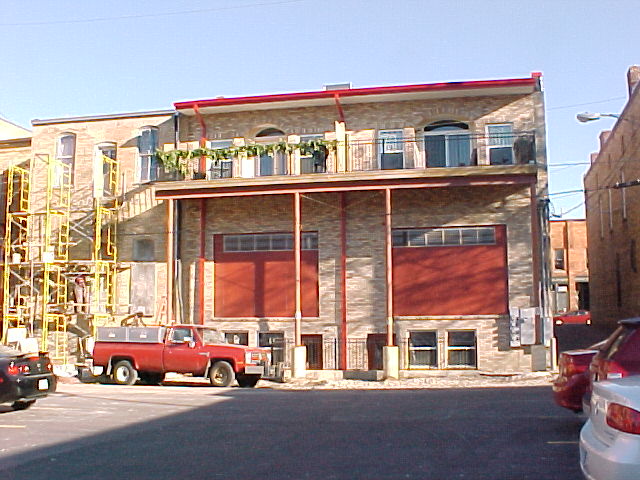 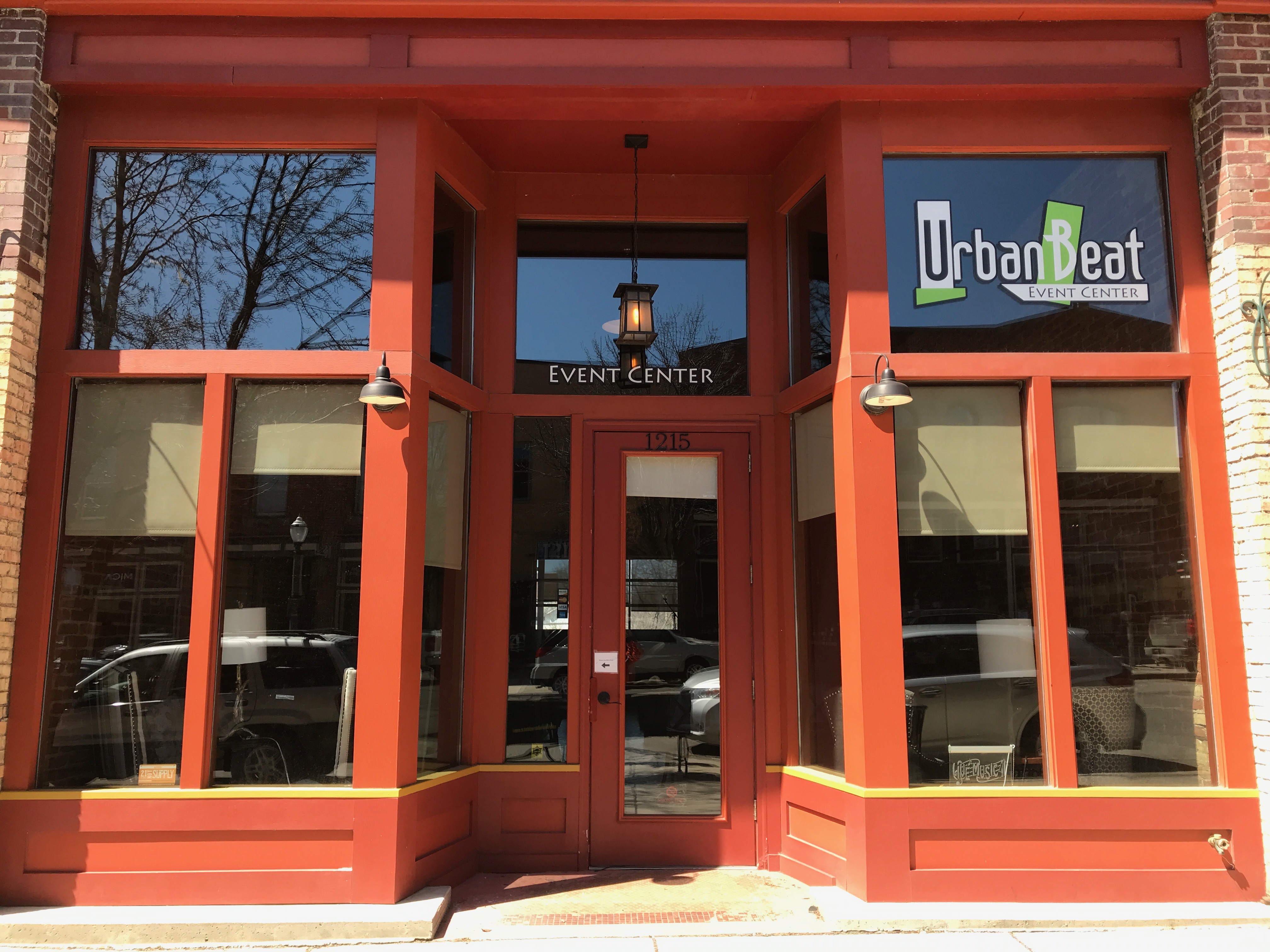