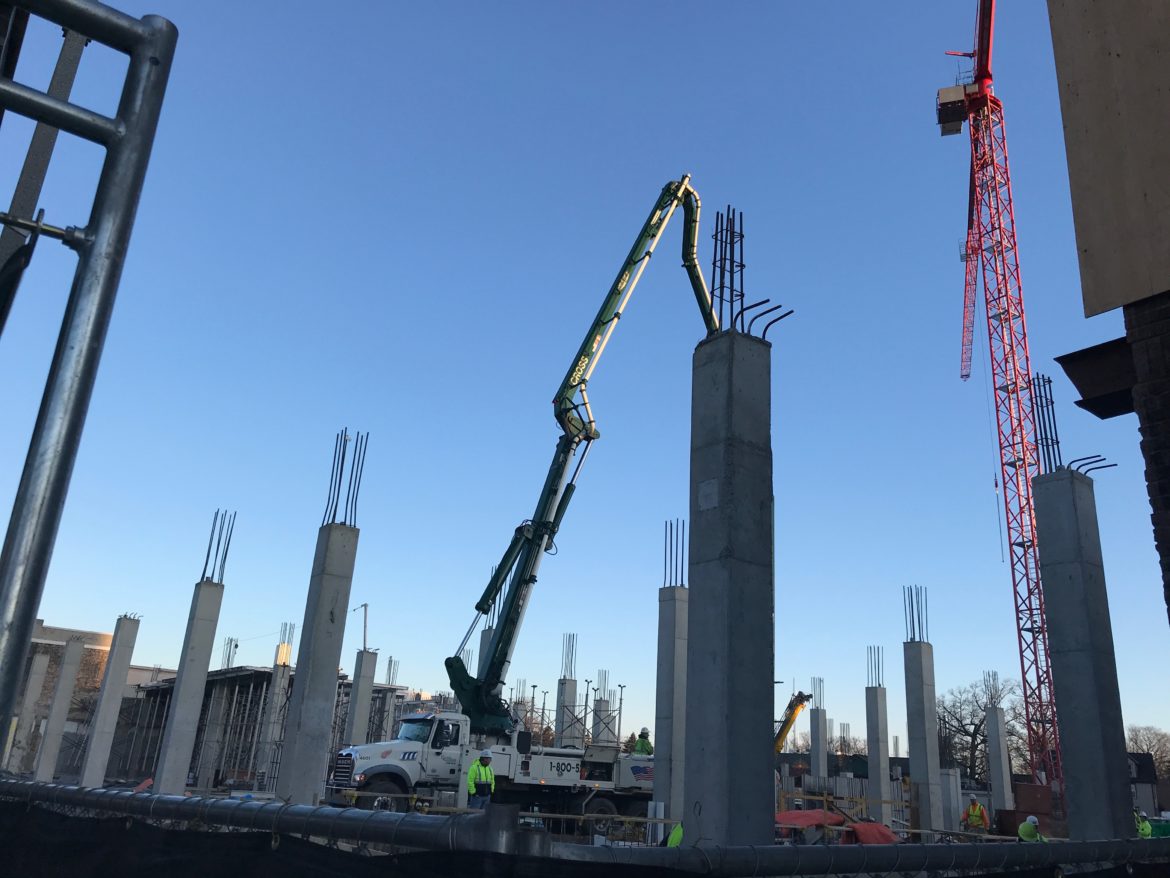 According to the City of East Lansing website, the City Center District is a mixed-use redevelopment project involving Albert and Grand River avenues.

“The first floor of the Grand River building is going to be occupied by Target with market rate apartments above,” said Haywood. “The Albert building has the parking structure and age restricted [apartments]. A portion of the parking will be reserved for the apartments and the rest of it will be open for public parking.” According to Thomas Fehrenbach, a community and economic development administratior for the City of East Lansing, the Brownfield Redevelopment Authority played a large role in the funding of the project.

“Their mission is to clean up contaminated sites, improve the vitality of downtown through encouraging redevelopment of sites that are contaminated,” said Fehrenbach. “So through their mission and state law in Michigan … allows them to essentially partner with developers to create the tax increment financing plan.”

“The reason for brownfield getting involved was contamination onsite. So the remediation of that contamination is also one the major challenges to redeveloping the site and it’s the reason that the Brownfield tax increment financing exists to cross that gap in funding that the developer would experience that would essentially make it not a buyable project for them,” said Fehrenbach.

“I hope it improves parking. I think that’s one of the drawbacks to getting people to shop in downtown East Lansing is parking,” said Mileski. “It’s expensive and hard to find.”

Fehrenbach believes the parking structure will relieve some of the parking problems associated with downtown.

“Adding parking is a positive, creating an enhanced streetscape for Albert was a major positive, and then the fact that their will be additional retail that will be available on Albert and on the Grand River side of the project including a major national tenant, Target,” said Fehrenbach.

Some residents, like Lana Schaeffer, are excited to have a Target in East Lansing, which will be built on the first floor of the building on Grand River Avenue. Schaeffer said she was approved for an apartment at the Liberty Hyde Bailey Center project. If that does not work out as planned she will explore her option of living in the senior apartments of the Center City District project.

“If I’m living down there I will definitely shop at Target, because there’s nothing I’d like better than to walk down and buy stuff and walk back up,” said Schaeffer. “I would be more likely to go to the restaurants too. Right now, you could pay more to park than you sometimes do at the restaurant, so I’m hoping that by moving down there I would be walking a lot and shopping.”

“Where these Target models have been developed, they’ve see increase in foot traffic and people coming and doing business, not only with Target, but with other nearby businesses,” said Fehrenbach. “I do expect that it would positively impact the business climate downtown. There will also be the built in demand for the store that will come from the housing component of the project.”