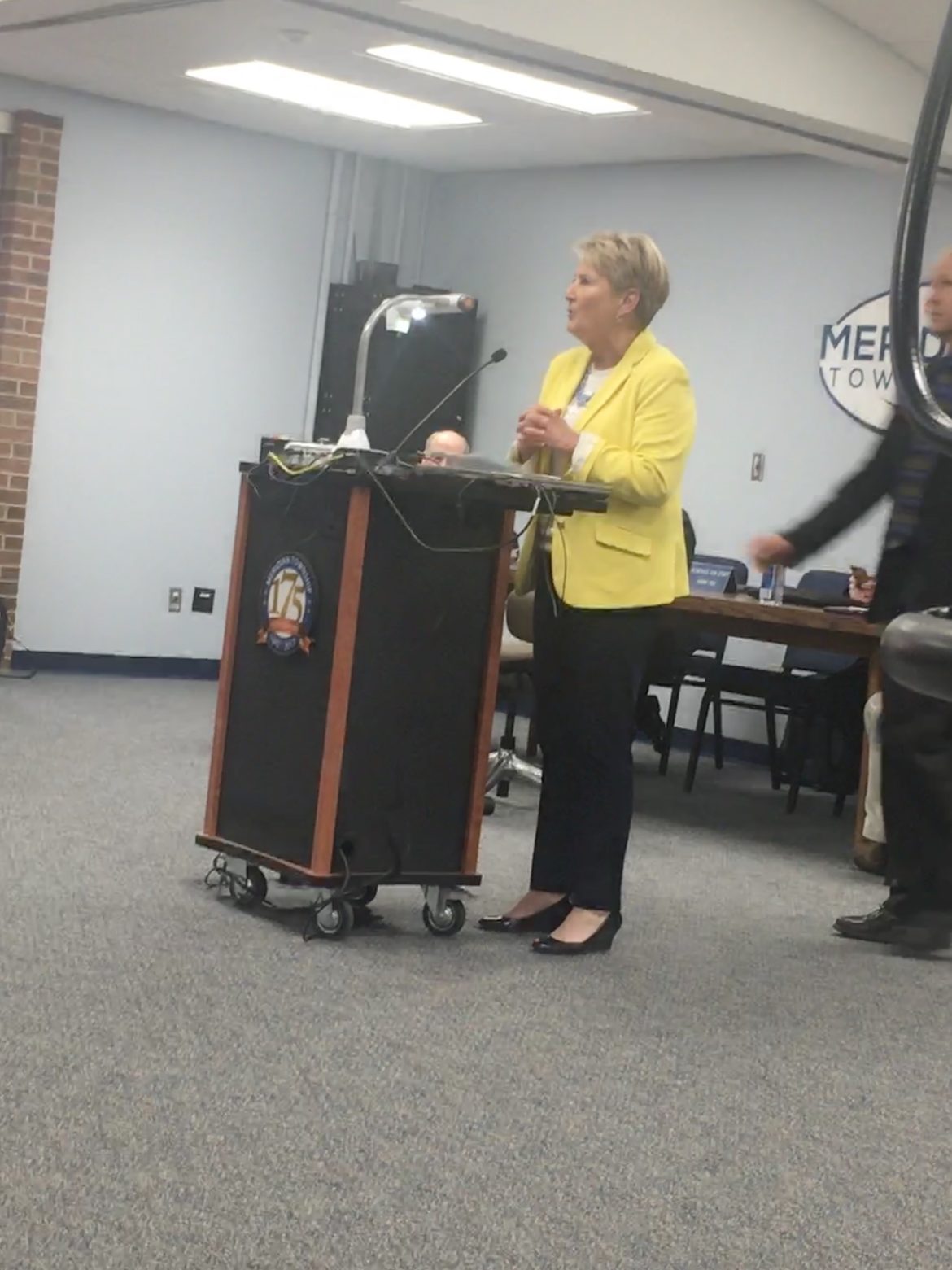 On March 20, the Meridian Township Board along with citizens of the township gathered for the township’s board meeting. New police officers were sworn in and road funding were just a couple of topics covered in the meeting. There was also the honoring of LuAnn Maisner, a long-time park supervisor for the township. Maisner was given the Commitment to Excellence Award and there was much praise from her peers and people in the county.

The award was presented by mParks President Brett Kaschinske. Kaschinske had some high praise for Maisner and her work done in the community.

“She has mentored many professionals in the field,” Kaschinski said. “Since being hired, she has made the changes needed and made the community better.”

Maisner was all smiles as Kaschinski presented her with the Commitment to Excellence Award. During her speech, Maisner spent most of the time thanking the people working with her and within the community.

“What community has so much interaction with department heads to make the community better?” Maisner asked. Maisner brought up a time where she thought it would be cool to have a ball drop before the fireworks were set off on New Year’s. Without question, the fire department had a ball drop set up.

As Maisner concluded her speech, she mentioned that her husband had missed an event to see his wife receive the award.

“My husband was supposed to be officiating a quarterfinal playoff game between East Lansing High School and West Ottawa High School, but turned that down to be here for me tonight.” Maisner said.

Maisner had received the utmost praise from her peers, including from the Meridian Township Board Supervisor Ronald Styka. Styka added to the commendation of his fellow colleague, saying, “There was no surprise to us that you earned this award.”

“The award she received was well justified,” McDonald said. “We are so grateful to have LuAnn Maisner.”

As the meeting concluded, the members of the board and people at the meeting gave great thanks and kind words to Maisner. Though she achieved the Commitment of Excellence Award, she made it clear that there is still a lot of work to do for the parks.

“We are working on a property donation for our parks,” Maisner said. There was no timetable or amount given for this property donation, but Maisner will be adding another improvement to the parks in the community.