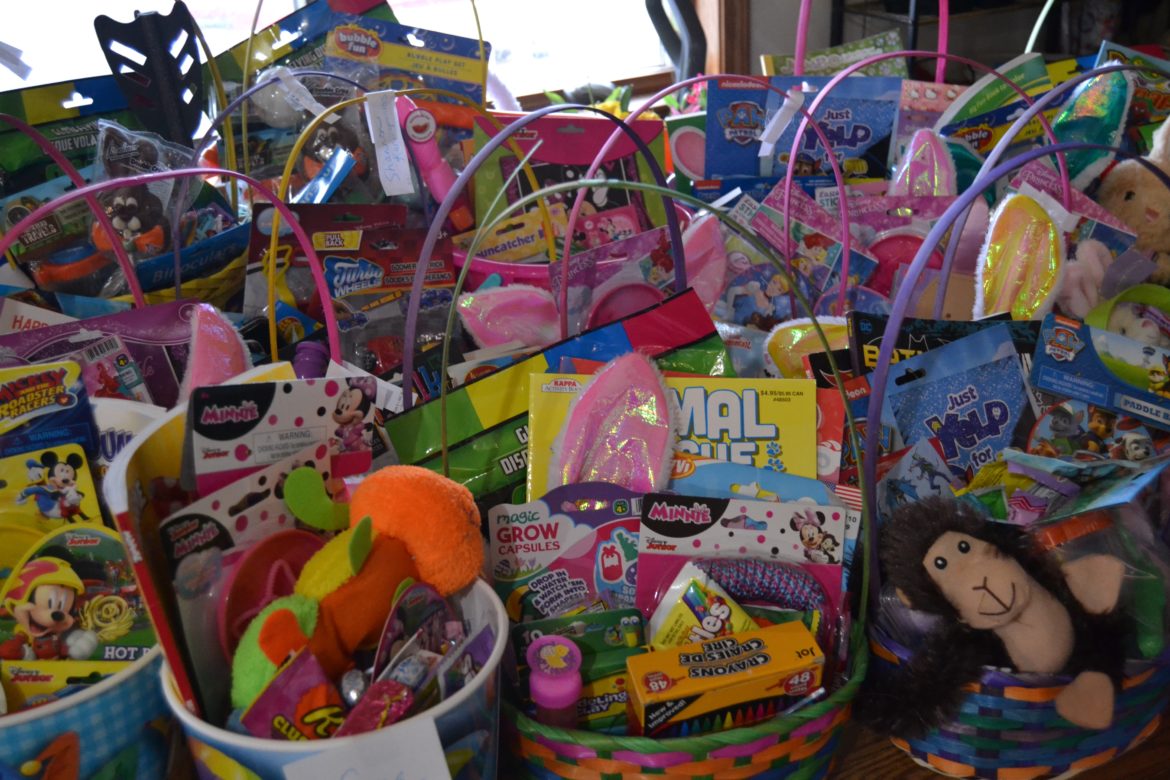 Heidi Wilson’s life was turned upside down on Valentine’s Day of 2014 when a distracted driver ran through a red light, hitting her car.

She lost her mother and her daughter in the fatal accident.

Since then, Wilson has remained strong, choosing to give back to other people in the community.

Every Easter, Wilson creates Easter baskets for children in low-income families in the Grand Ledge-Lansing area.

Wilson said she wanted to create the baskets in honor of her daughter, Hannah, because Easter would have been her first holiday.

“It helps me to raise awareness and keep my daughter’s memory alive,” Wilson said. “She was a very wanted child. We couldn’t wait to meet her. We were going to be induced a week from the day that the accident happened. We had just left the doctor’s office.”

The year of the accident, Wilson said she had the idea to help people in the community during Christmas.

“I’ve always tried to help people out,” she said. “I started my first volunteer group when I was in 6th grade. It’s always been a passion of mine. So, I’ve always helped a lot of people at Christmas.”

From there, Wilson said she came up with the idea of Hannah’s Baskets because her mother, Rene, always made Easter special for her and her sister growing up and it was also a way to keep her daughter, Hannah’s, memory alive.

“I didn’t grow up with a lot of money and I know it was always a struggle for my mom to even get Easter baskets for us, but she always tried to make it a lot of fun,” she said. “I want other parents to, you know, have those memories with their kids, even if they can’t afford a basket this year.”

“I make sure I put a stuffed animal in every one, and a book,” she said. “I personalize them for every child, so, you know, I want to know what the child likes.”

Wilson said she collects things year-round to put in the baskets. Although she receives some donations, most is done out of her own pocket.

“Knights of Columbus has been amazing,” she said. “The last couple years they’ve done a $300 donation, which has helped.”

Once the baskets are made and labeled, Wilson puts them in bags so the kids are surprised on Easter.

This year, Wilson made around 29 baskets for 13 families. Over all four years, she has made over 200 baskets.

For Wilson, giving back to others serves many purposes.

“In the beginning, it definitely helped me for the first couple years to heal,” she said. “Helping other people, it makes you feel good and doing it in memory and being able to spread the message that reckless driving destroys lives. The other family, their lives have been turned upside down, too.”

Wilson said one of the first things she thought about after the accident was the other family affected.

“I’m in pain every second of my life,” she said. “My life has completely been turned upside down by this. I lost my mom and my daughter.”

A year after the accident, Wilson experienced a miracle. “We were blessed a year after the accident,” she said. “We, almost to the date, found out we were expecting again, which was shocking because it took us three and a half years to conceive Hannah.”

“Haley Rene is my savior,” she said. “I would not be here without her.”

Those touched by Wilson’s story

“I just think it’s important as a whole to support each other as a human race,” Culp-Chesser said. “If you can do something like this, just as a small gesture to help a family out, to relieve a burden off of them and to make a child’s day happier, I really don’t think there’s a better reason to do anything than that.”

Culp-Chesser said Wilson’s father helped one of her friends in a time of need and decided to do the same when she heard about Hannah’s Baskets.

“He didn’t know me from anything, we met strictly through the Grand Ledge Community Facebook Page,” she said. “A girlfriend of mine who is low income chatted me and out of the blue, he offered to help her with money for some school clothes. And, over the years, we just became friends.”

She said Hannah’s Baskets is something she plans on continuing to be involved in.

“My favorite part of being a part of this, honestly, is knowing that I’m helping a dear friend and family,” she said. “Not only in memory of the lives of a lost mother, daughter and granddaughter, but being able to help them make other people’s lives easier. It’s a dual thing for me.”

She said there is something special about the Grand Ledge-Lansing area.

“After I moved to Texas, I realized that there’s no other place I’d rather be than the Grand Ledge-Lansing area because of just how this area comes together and supports each other,” she said. “I just want to give back.”

Culp-Chesser said she usually helps Wilson with the distribution of the baskets. This year her son, Cody Reavis, and her daughter, Katherine Davis, distributed the baskets to houses in Grand Ledge. She said she hopes to help Wilson with receiving more donations for the years to come.

“Because I know that she does this completely out of her own pocket, and, you know, she herself is not well off,” she said. “I offered to start actually this year going over to some local businesses to just see hopefully what they can contribute.”

“I had actually witnessed part of Heidi’s accident through an online video,” Hartsuff said. “I reached out to meet her through there (Facebook).”

Hartsuff has helped Wilson with making the baskets and collecting donations ever since then to help Hannah’s memory live on.

“They turned a tragedy into something much greater than that: awareness about distracted driving and it lets the community know that we’re still around and we want to help the kids,” she said.

Hartsuff said giving back to low-income families in the community is one of the best feelings to have.

“I know what it’s like to be there,” she said. “I’m currently there, but that doesn’t mean that you can’t help somebody else because it does really make you feel a little bit better.”

Hartsuff said she will also continue being a part of Hannah’s baskets and that Wilson is a “friend for life.”

“She gives me strength, inspiration and hope every day,” she said. “Because there are times that I can get so bad and I can’t get up and get going, and all I have to do is think of her. If she can get up and do it every day, my gosh, I can too.”

“To me, it’s so important to get kids involved in giving back,” Wilson said. “If everybody cared about other people, I mean just a little bit, even, this world would be such a better place.”

Wilson said she hopes to one day incorporate an Easter egg hunt for kids in the community and wants to continue raising awareness about Hannah’s Baskets.

“It’s what it’s all about, getting the word out so this doesn’t happen to other people,” Wilson said.  “No one deserves to go through what I’ve gone through.” 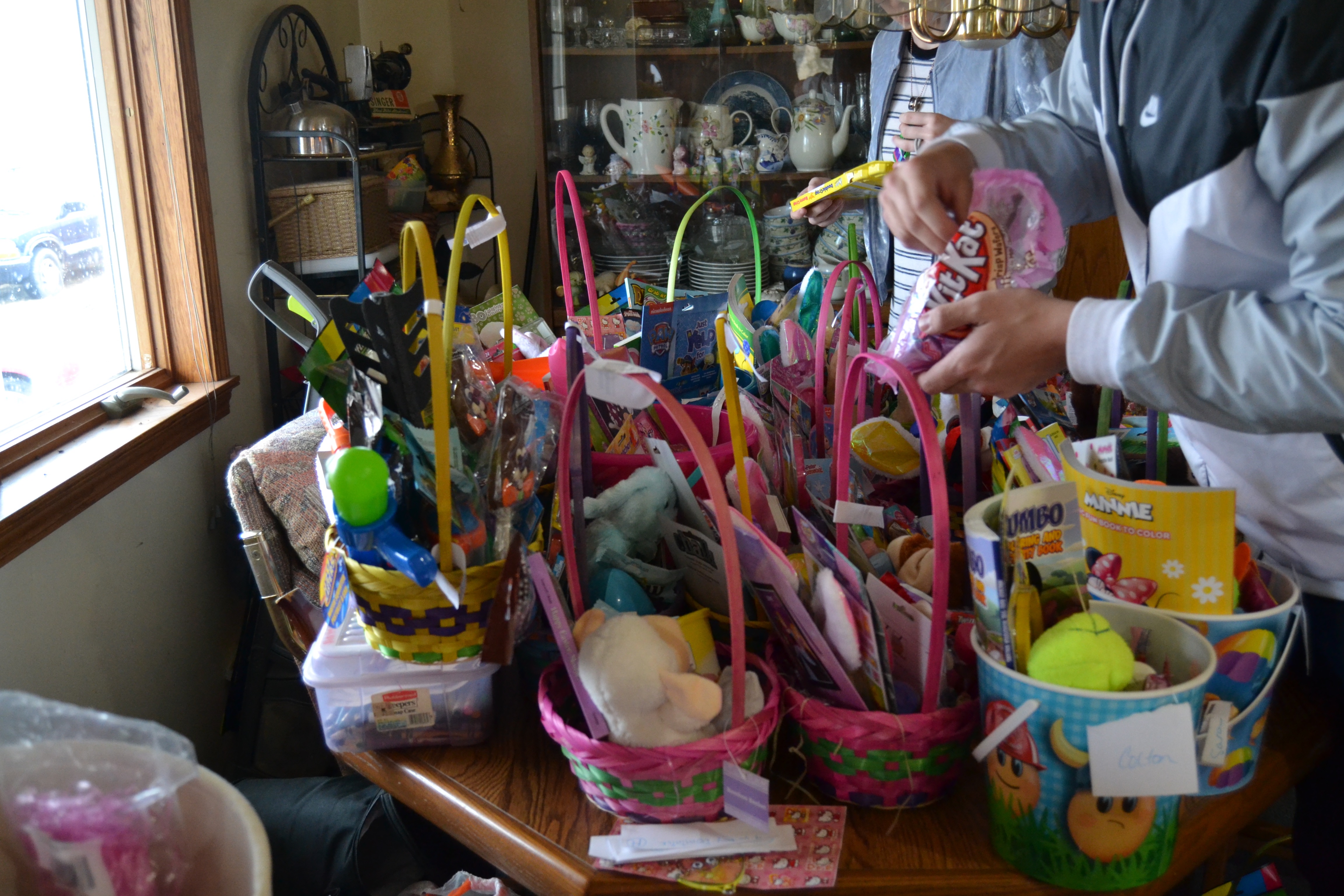 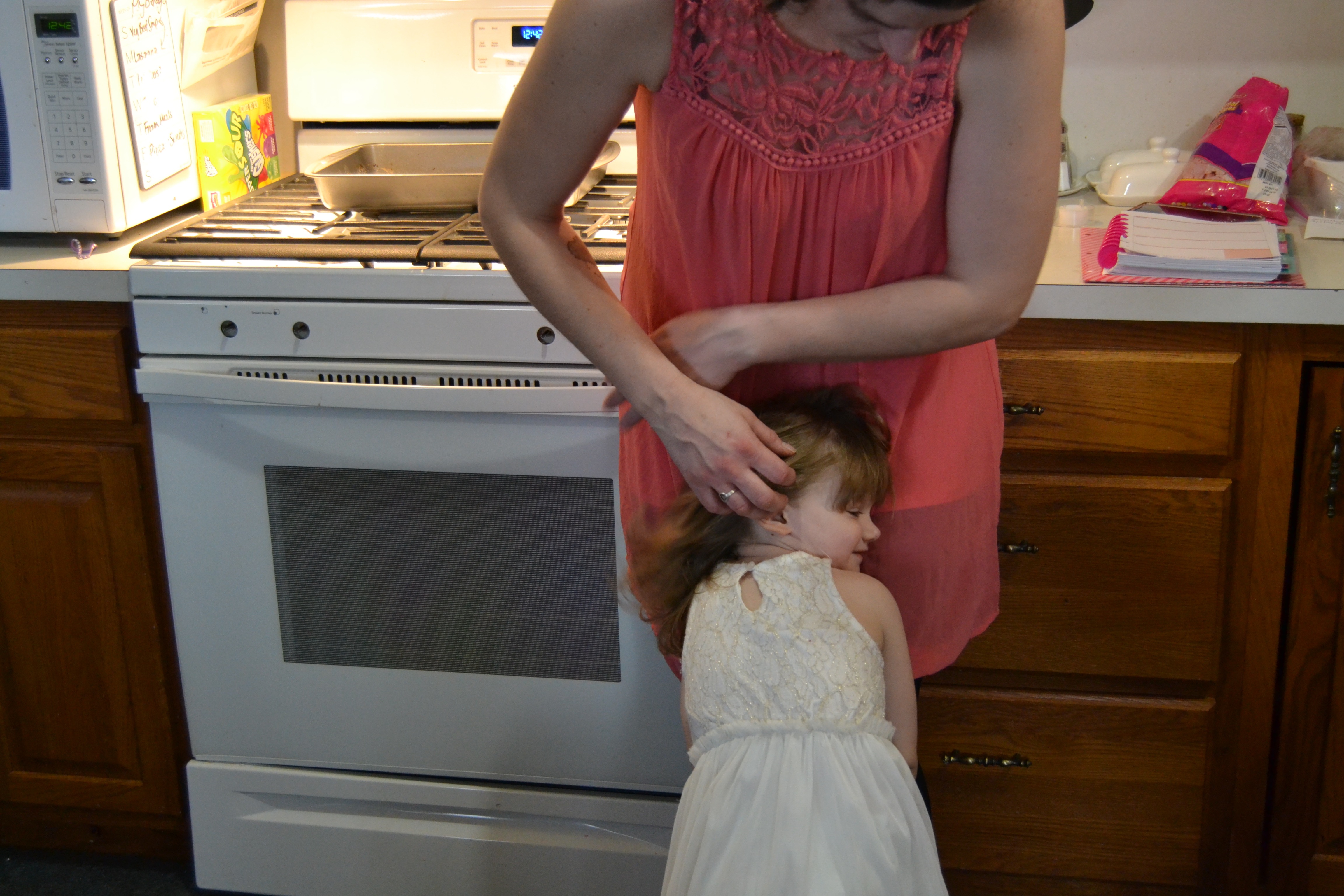 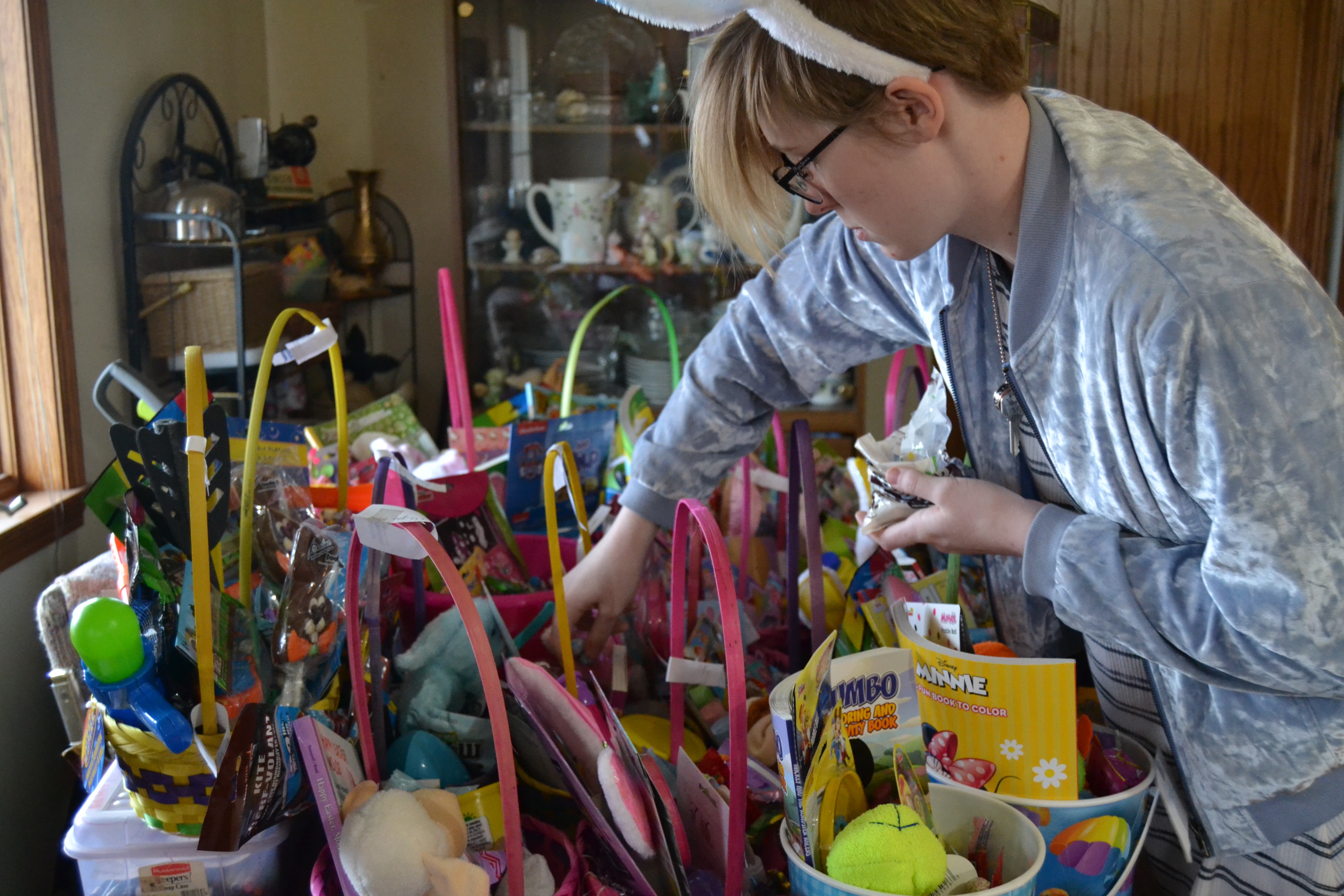 Katherine Davis fills up the Easter baskets with candy on March 31, 2018. 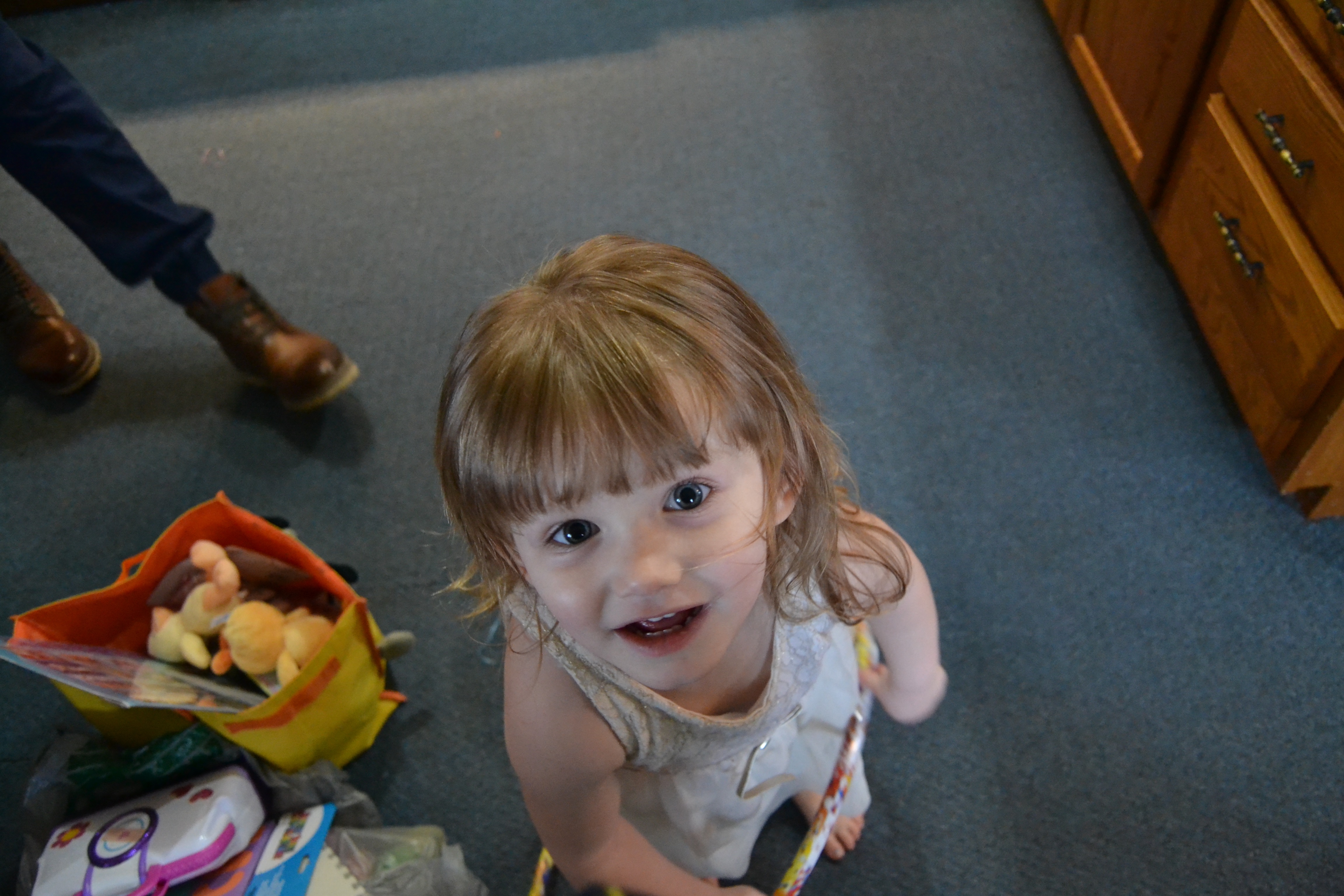 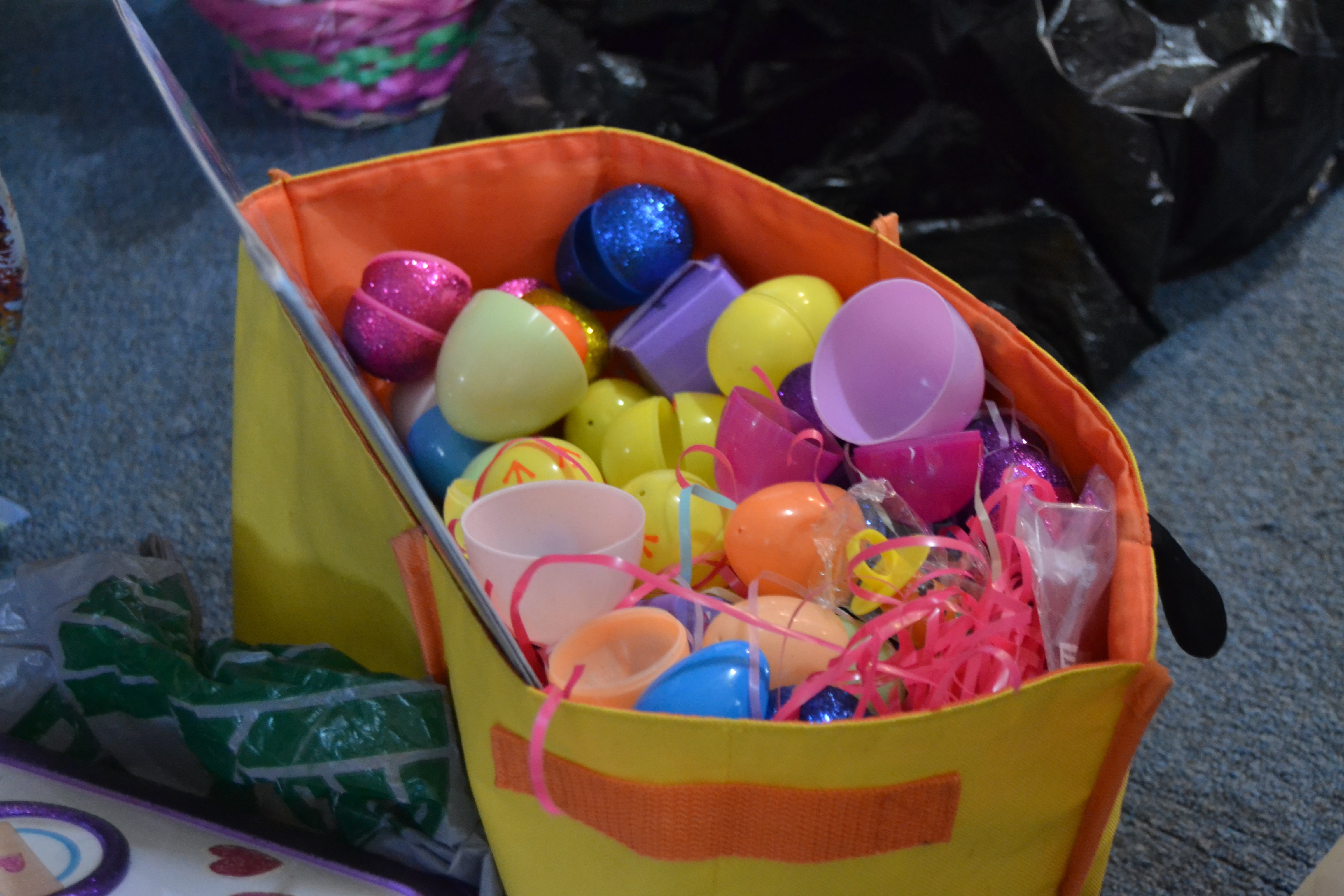 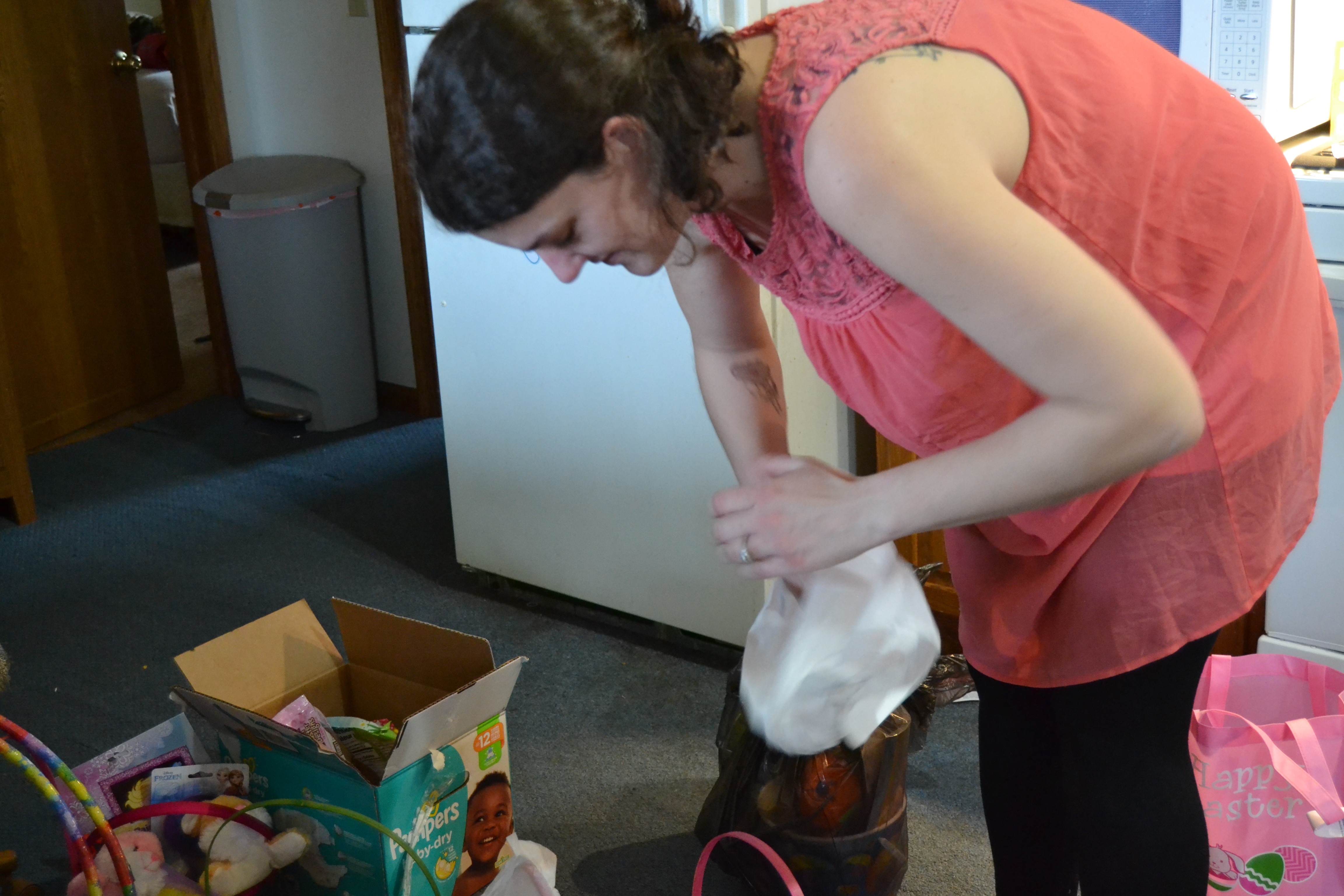 Heidi Wilson puts together the Easter baskets on March 31, 2018. 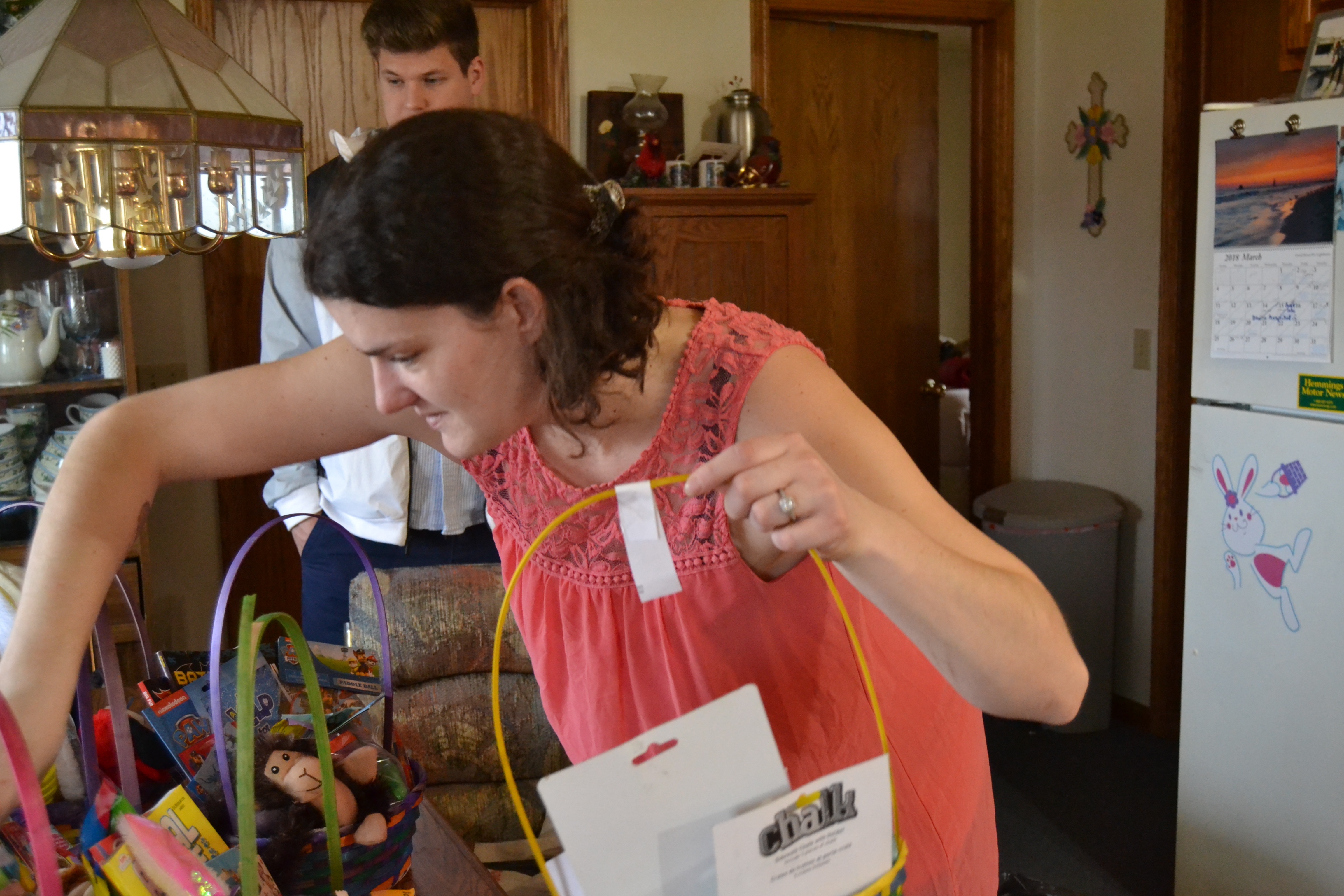 Heidi Wilson puts the Easter baskets together on March 31, 2018 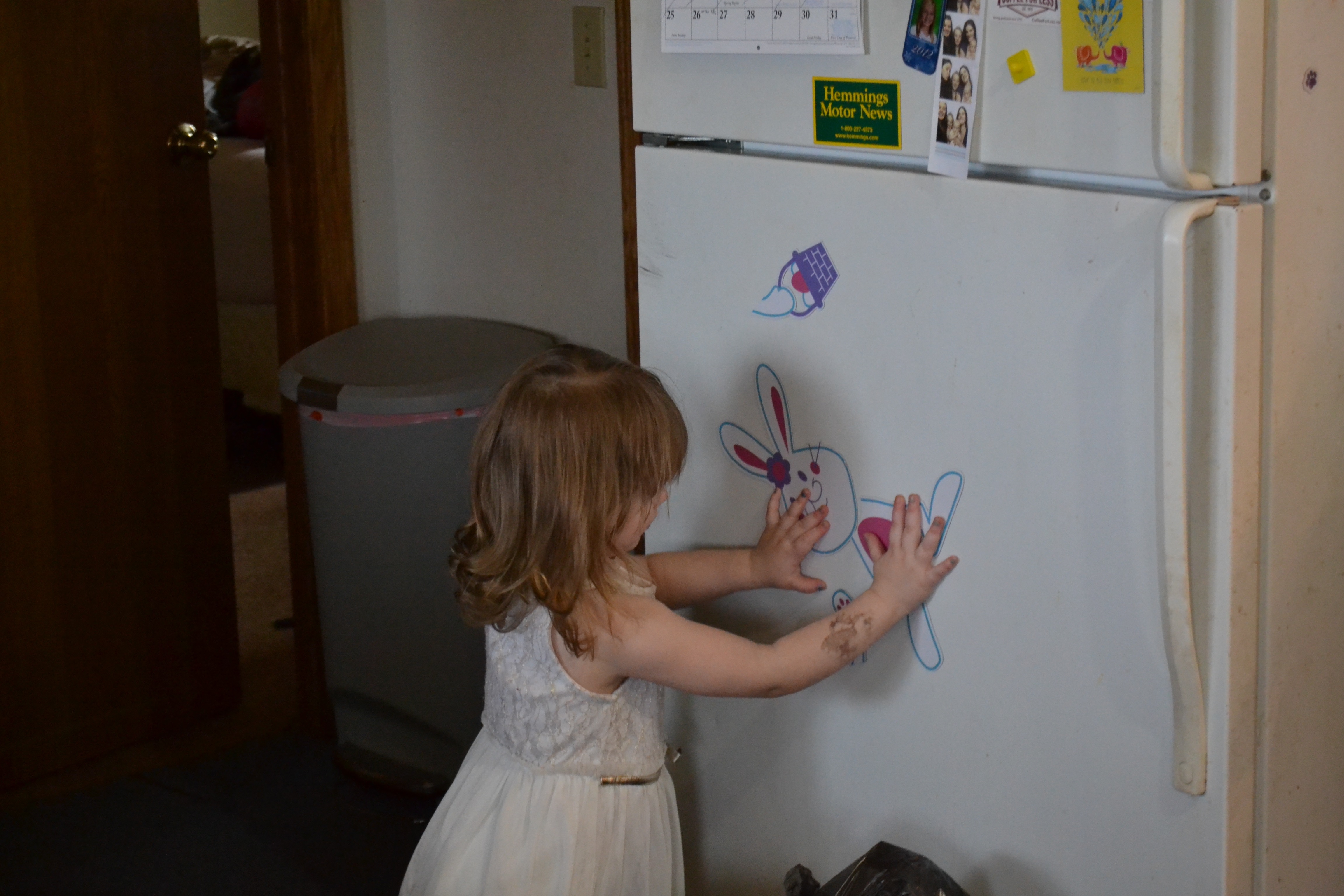 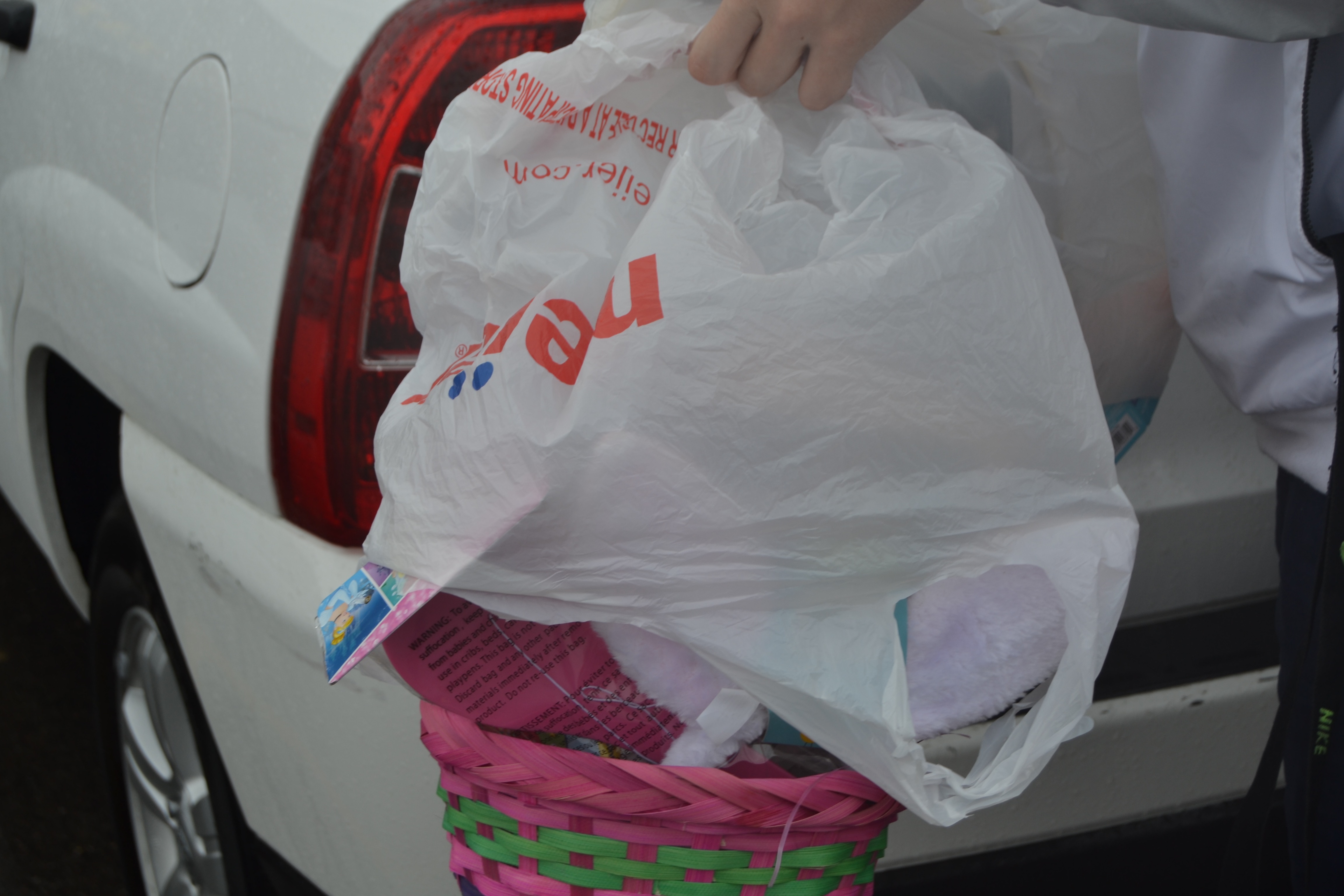 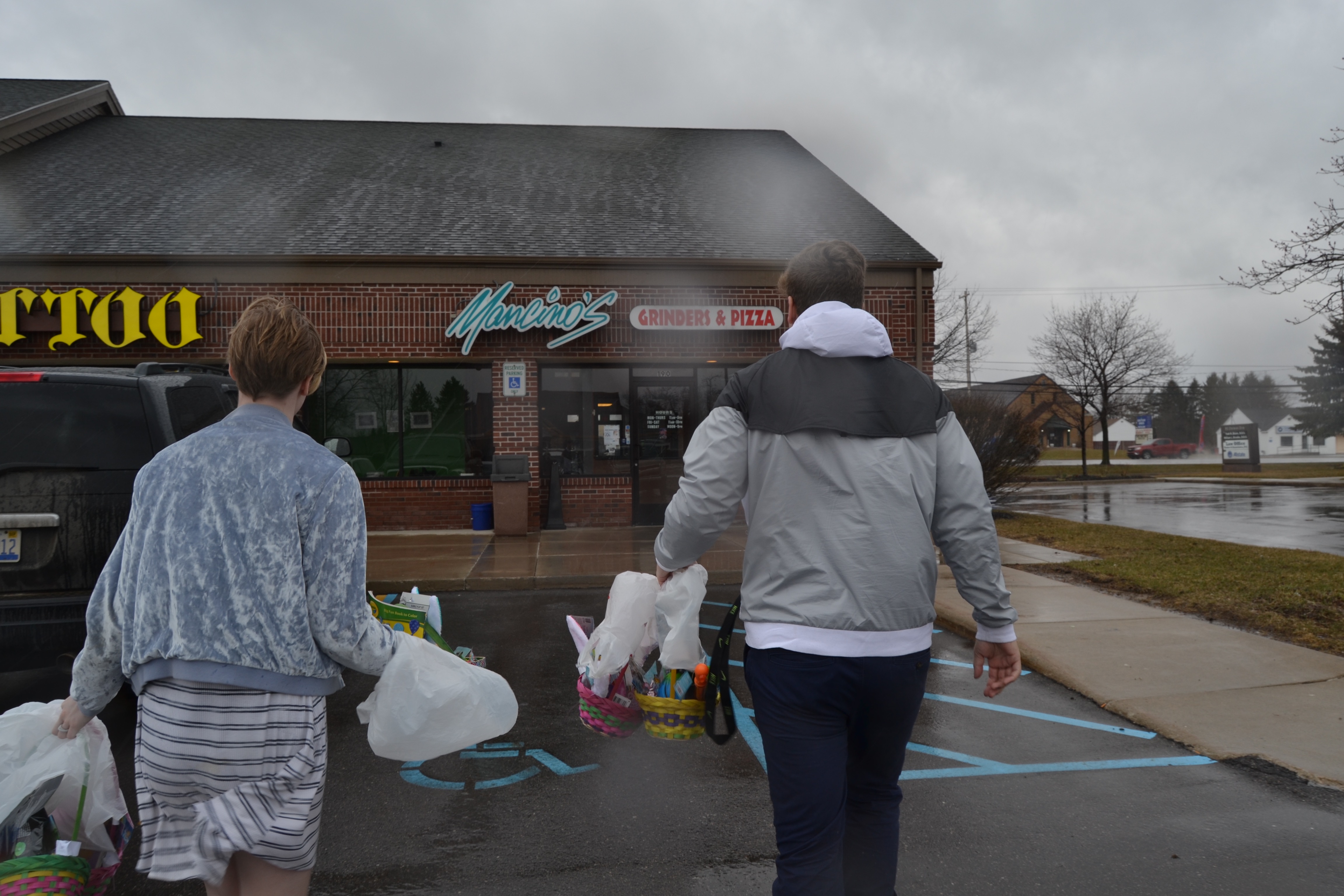