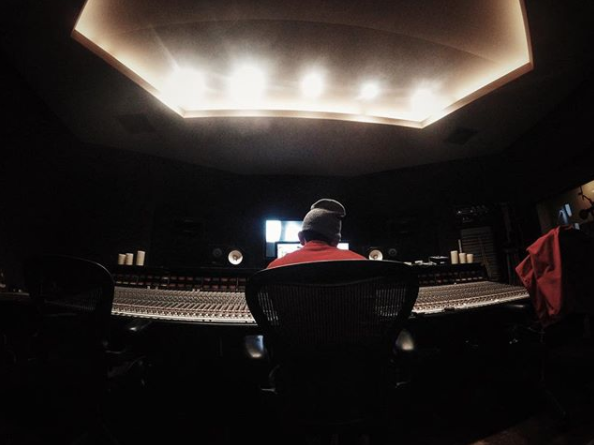 The sample in Hip-Hop music is an important piece of producing, rapping and winning over fans. Whether from a production or a rapping standpoint, music connoisseurs love a good sample.

Sampling music is integrating one sound recording into another. For instance, taking the drums or baseline or using a sound bite or voice, and placing it repeatedly in a different song is a sample. Some producers do it a lot. Dr. Dre has sampled over 825 tracks; DJ Premier has gotten all the way up to 1,450.

And it’s not just the music. Lyrics are sampled by reweaving them into the beat, using a line from a song and repeating it.

Compare the following two examples. The first is Jon B.’s “Calling on you.” The second is Drake’s “Cameras,” which uses the beat from “Calling on you,” but speeds it up and uses some of Jon B.’s actual lyrics for the hook.

“I use samples in probably all of the songs that I have produced,” said Lansing producer/musician Aarmond Cook. “There’s about 1,000 different ways you can tell a story using the same song to do so. It forces me to be creative, creativity being the biggest weapon of any artist depending on how expressive they are.”

Notable samples include Jay-Z and Kanye West’s spin of Otis Redding’s “Try a Little Tenderness” for their chart topper “Otis” or Kanye West’s hit “Gold Digger,” which sampled Ray Charles’ “I Got a Woman.”

The appeal is more than the nostalgic factor of using an old sample for new music.

“I just like the feeling that a good sample gives me,” said Nashville rapper Brian Brown. “Whether I’m rapping over it or just listening to one, samples are dope and help us as artists pay homage to those who inspired us.”

But it isn’t all roses and daffodils. Sampling can get artists and labels in a world of trouble if not properly cleared. They need the legal permission of  the label the music belongs to or from the artists themselves if they own their own masters.

And that is a big technical hassle in most situations. Getting clearance usually holds up albums. If they can’t get cleared, they usually get scrapped and never come out.

And releasing a sample that is not properly cleared can get you sued.

Both Pharrell and Robin Thicke know this well, as they were ordered to pay $7.4 million to the estate of Marvin Gaye for their hit “Blurred Lines.” It sounded a lot like Marvin Gaye’s “Got To Give It Up,” according to a court ruling in March 2015.

“I manage producers and rappers alike, and I can tell you, clearing samples is one of the most difficult things in the world,” said Lucas Helmer, who manages artists in Atlanta.  “I love what it does for an artist though, it allows them to be creative using elements of the past.”

Helmer, who is from Tennessee, has managed more than a few artists and beathsmiths such as YGTUT and Slad Da Monsta.

Still, many producers say it’s worth the hassle.

As long as proper measures are taken to legally sample, and a new spin can be put on an old track, samples will thrive. In 2017 alone, more than 3,550 records were sampled according to whosampled.com, a service that tracks samples.

It’s a trend that most music lovers want to continue, because it can take them back as well as just sound good. It’s a tool for knowing where music once was, and how far emerging new sounds  can take it.