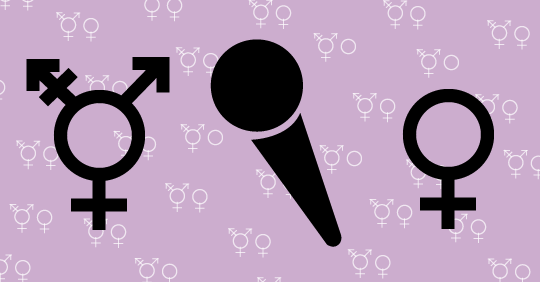 Female and gender non-conforming artists might not get the recognition that they deserve.

Nationally, all of the top streamed tracks were performed by men, according to Spotify.  And it’s apparent that local artists outside of the male spectrum are often overlooked.

The organization “Girls Rock Detroit” is part of the driving force of a music scene for women, gender nonconforming and transgender musicians. It is inspired by the larger Girls Rock movement, which started in Portland, Oregon, in 2001 as a day camp for girls. Three Michigan women founded Girls Rock Detroit  in 2011 after volunteering at the group’s Chicago organizatoin. After volunteering at camps for a few more years, they organized  their first camp in the summer of 2015 for 26 campers. A large part of promoting inclusiveness in the organization’s eyes is encouraging and inspiring creativity. Its mission statement: “Girls Rock Detroit is dedicated to fostering creative expression, positive self-esteem and community awareness for girls, women, gender nonconforming, and transgender people through music education and performance.”

In a field where expert level can dictate if you belong, Girls Rock supports musicians from fully experienced to not at all.

“Women and gender nonconforming folks who are looking to be part of a music scene should seek out their local Girls Rock organization,” Hartigan said. “In Detroit we have lots of fun and community-building volunteer activities year round in addition to volunteering at the summer camp itself.”

The group is now preparing for Rock Roulette, in which women and gender non-conforming people form bands and write songs. No experience is required. The bands perform May 6th at El Club in Detroit. All proceeds benefit the Girls Rock Detroit camps.

Hartigan’s favorite takeaway from her experiences at Girls Rock?

“Women and gender non-conforming people – of any age – are powerful,” she said. “When we join together, we are even more powerful.”

You can check out the organizaton’s FaceBook profile or donate directly to the Rock Roulette fundraiser.

Emily Yarmak and Chloe Drallos of the metro-Detroit band Zilch produce noise pop with dreamy vocals on top of distorted, shoegaze guitar riffs.  They started playing together this year with Drake Defilipi and Evan Openshaw. Zilch at their Galentine’s Day show in Detroit, February 2018. Photo by Noelani Retz.

The girls from Zilch are aware of challenges for women rockers.

“After noticing the lack of female representation in the DIY scene, I put together a show of all femme-fronted bands, just to bring us all together and show that ‘we’re here and we all make good music,” Drallos said.

“Ironically, credit for the show was taken over by a (male) friend I asked to help with the booking,” she said.

“The booking process is probably the main place that can make you feel limited by your gender,” Drallos said. “There’s a bit of pressure to make sure you get on good terms with everyone. There’s definitely a male-powered hierarchy there.”

Zilch encourages a community of musicians.

“The local music scene is filled with a bunch of people helping each other work towards the same goal while still having fun,” said Yarmak, who plays bass.  “As such a young band we’ve already made so many connections and hope to keeping making more.”

“From what I’ve seen and experienced so far, the true positive aspects of being male and female are pretty much identical with music,” Yarmak said. “Stepping into the scene, you realize that everyone’s the same around here, and instead of separating each other we should all work together, whether that’s booking shows or just coming out to support.”

Kevica Towns, also known as the neo-soul artist V.Soul, has a humbling point of view.

“My experience has been exactly that, an experience,” V.Soul said. “I appreciate every scene because it’s what makes me, me.  Local music is big to me because it deserves not only recognition, but appreciation.” A Detroit native now living in Lansing, V.Soul’s rich vocals and r&b beats are centered in warmth and energy.  She describes her art as cathartic.

Identifying as a female, V.Soul acknowledges that there are pros and cons as a woman in the music industry, particularly in Lansing where female musicians are a rarity.

“Some of the positive aspects of being female in the music scene are strength, strength over all stereotypical doubts,” she said. “Women can be overlooked due to stereotypes, so having to prove ourselves is natural.”

There are changes that she hopes to see in how women musicians are treated, mainly in secuting a basic level of respect for women, especially in regards to body image.

“Wanting change to me is to be more paid attention to for our souls and intellect, not just our  physicalities,” she said.