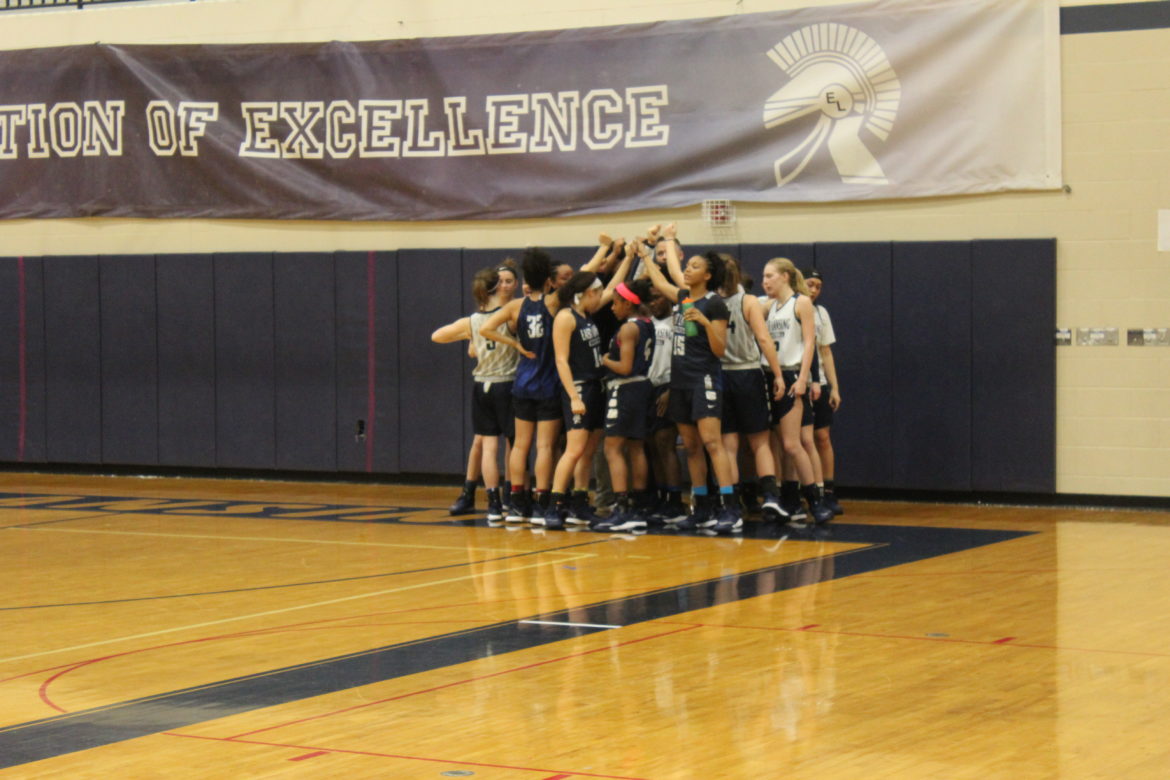 Winning is the main objective in sports, but the journey is what you remember.

East Lansing started the year on a rocky road, going 2-9 in the preseason. After hitting stride and finishing the regular season undefeated, the Lady Trojans had championship aspirations heading into the playoffs.

The team fought through the playoffs and survived a few bumps in the road, including an accident with their charter bus before heading to Grand Ledge for the district semi-final. This didn’t stop the fight in the team, and they were able to reach the championship.

The East Lansing Lady Trojans fell short at the state championship game where they lost, 57-36, to Saginaw Heritage.

“I was really sad and felt like we didn’t work as hard as we could’ve, we didn’t have our best game,” said sophomore Aaliyah Nye. “Now I look back and I realized we played a really good team, and also we had a great season.”

Head Coach Robert Smith calls this a great season for him and the team despite not being able to achieve their dream. Smith said this season helped reinforce his love for coaching the game and said he is excited about their future. Robert Smith prepares the clock for his team in practice.

“We are going to be really good,” Smith said. “I’m looking forward to the challenge of building a championship squad in 2018”

Nye is ready for the challenge of becoming a prominent leader on the team.

“I see my role changing by becoming a more vocal leader and being a role model for the younger girls on the team,” Nye said. “I was one of the captains on the team this year, and I kind of got the feeling of being a leader.”

Although the team wasn’t able to bring home the championship trophy, they are looking forward to the challenges of next season.