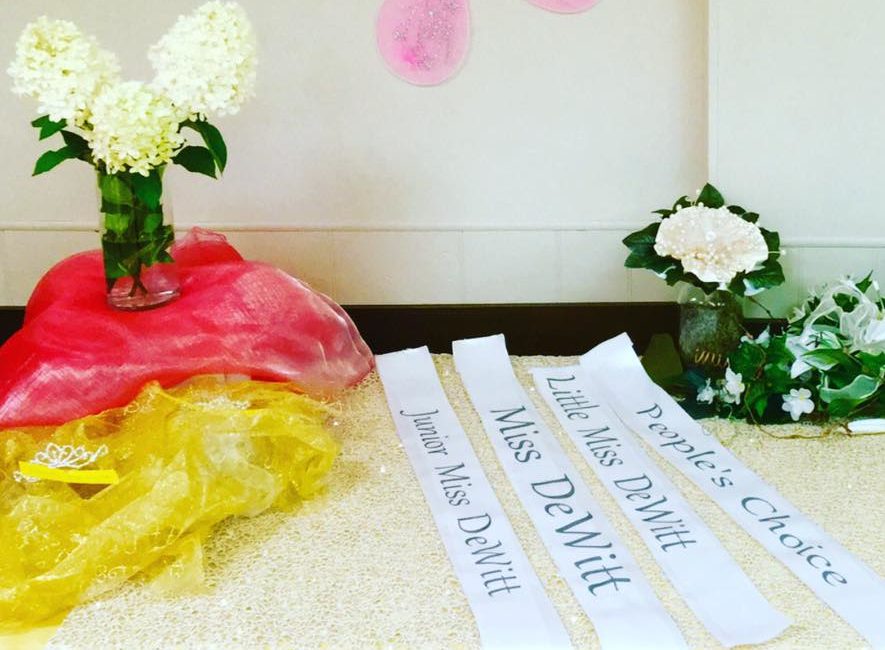 The second Dewitt Scholarship Pageant has been set for June 9 at the Dewitt Memorial Building.

To prepare for this upcoming pageant, the founder and director of the pageant, Amber Shoemaker, said the biggest factor is scheduling and being mindful of school and afterschool activities. “We actually moved up our pageant date from August to June so that school is still in session, and I think that’ll be a bigger play with having more contestants for our program.”

Shoemaker has competed in the pageant circuit herself, even gaining the Miss Michigan talent winner spot in the Mrs. America Circuit at the age of 17.

Through competing, Shoemaker said she gained many life skills and thought other girls in her community could too.

“I had so much growth through that program and through that experience that when I got married and had kids and wanted to set roots in Dewitt, I wanted to have my community and girls within my community have an opportunity to do something similarly,” said Shoemaker.

When she realized she wanted to bring a pageant to Dewitt Township, she contacted the Dewitt Memorial Association, who put together a three day festival that Shoemaker wanted to be affiliated with.

Shoemaker said, “I met up with one of the presidents and told them my idea and he said ‘Okay, well, you know it’s kind of a one woman show deal, you have to work for what you want to accomplish’.”

While still in the beginning stages because last year was the first year she put on the pageant, Shoemaker still believes she has to break through the stigma about pageantry.

“I really wanted to put emphasis on the scholarship portion because, yes there is a competitive end to it, but then also providing scholarship opportunities for young women to pursue their higher education,” said Shoemaker.

Shoemaker said she was excited when she received six applications for the first pageant because since Dewitt is a smaller town, they have a smaller pool to choose from other systems.

She also said that while there were some girls that had competed in pageants before so they were more comfortable with things like learning different walking patterns, there was no sign of discouragement from the other contestants who had never competed.

In fact, the individual that won the Miss Dewitt 2017-2018 title, Amanda Ward, had never competed in pageants before herself.

“The pageant was so much fun to be a part of,” said Ward. “I was able to perform a monologue about society’s beauty standards and how girls are overcoming that. The pageant took a lot of practice but was so worth being a part of. The pageant process also made me a little nervous but I was able to challenge myself and grow by sharing who I am.”

Since winning the title’s Little Miss, Junior Miss, and Miss, Shoemaker said the titleholders have been very active in Dewitt Township.

Shoemaker says she goes to the appearances with the girls to encourage any doubt that they may have.

Through being involved in the community, Shoemaker said she’s seen the girls grow from when she first received their applications to now being pageant titleholders.

“In terms of just being in front of a crowd or a group of people, I feel like they’ve all just gained more confidence,” said Shoemaker. “Our Junior Miss titleholder, I feel like she has really blossomed because she’s been so active with the appearances that we’ve done so far.”

While she has learned from last year’s pageant, Shoemaker said she still wants the pageant to keep a hometown vibe, but with more participants.

“I hope to have more participants just so that they’re able to see kind of what we’ve done in the last year and if they’re interested in that then they would take a chance on competing,” said Shoemaker.

Shoemaker went on to say that through her own pageant experiences, she’s learned that pageant’s are about more than just winning.

Shoemaker said, “Even if you don’t win the title, you still gain growth.”