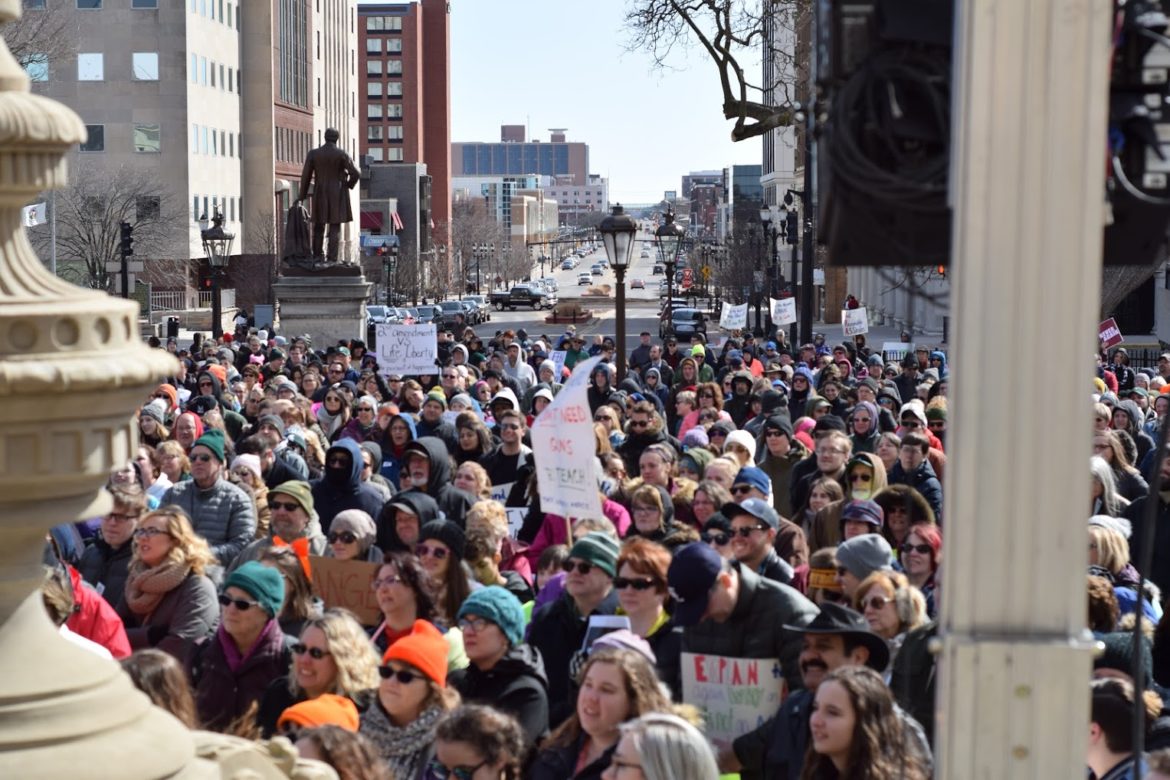 Chants of “vote them out” echoed throughout the Capitol Building lawn as thousands came to  downtown Lansing on Saturday morning to participate in the first ever March for our Lives.

The protest was organized by 14-year-old Cydney Jenkins of Farmington Hills in response to the Stoneman-Douglas High School shooting in Parkland, Florida last month. The march was aimed at pushing legislators to create stricter gun laws in order to prevent further  school shootings and gun violence.

In the crowd of protestors was Kara Kurzeja, a teacher at Okemos Public Schools.

“I’m a teacher and I’m in full support of the students who are fighting for their lives and shouldn’t have to be,” Kurzeja said. “I’m just here for support and hopefully actually make something happen for a change.”

Kurzeja carried a sign shaped like a handgun that read “not a school supply” in reference to the Republicans in the United States congress who are pushing to arm teachers in an effort to reduce school shootings in the future.

“I’m very against the concept of having guns in schools or arming teachers,” Kurzeja said. “It’s ridiculous.”

“Our schools shouldn’t become maximum security facilities, they should be a place where children can learn and feel safe and play, enjoy themselves, not be terrified,” Kurzeja said.

Also in the crowd was Audrey Knopman, a high school senior and part of Michigan State’s incoming class of 2022.

“I was really impressed with how they pulled it together,” Knopman said. “They had really good speakers.”

One of those speakers there was Michael Lynn, a former Lansing Catholic football player who made national headlines in 2017 for kneeling during the national anthem.

“I did this, and I picked up this movement for Lansing, for my young brothers in Lansing,” Lynn said. “So to have a chance to come affect so many people and to actually have them feel what I’m saying and to love what I’m saying, it’s surreal, honestly.”

Though there are a lot of people that oppose Lynn’s views, he said that the people who are in support of his views inspire him to keep his voice alive.

“It really gives me hope, it shows me Lansing is a really big city, and there’s a lot of folks out here that hate us, but there’s a lot more that love us,” Lynn said.

There were other marches put on all over the country, including several in the state of Michigan in Ann Arbor, Gr

and Rapids and Detroit. 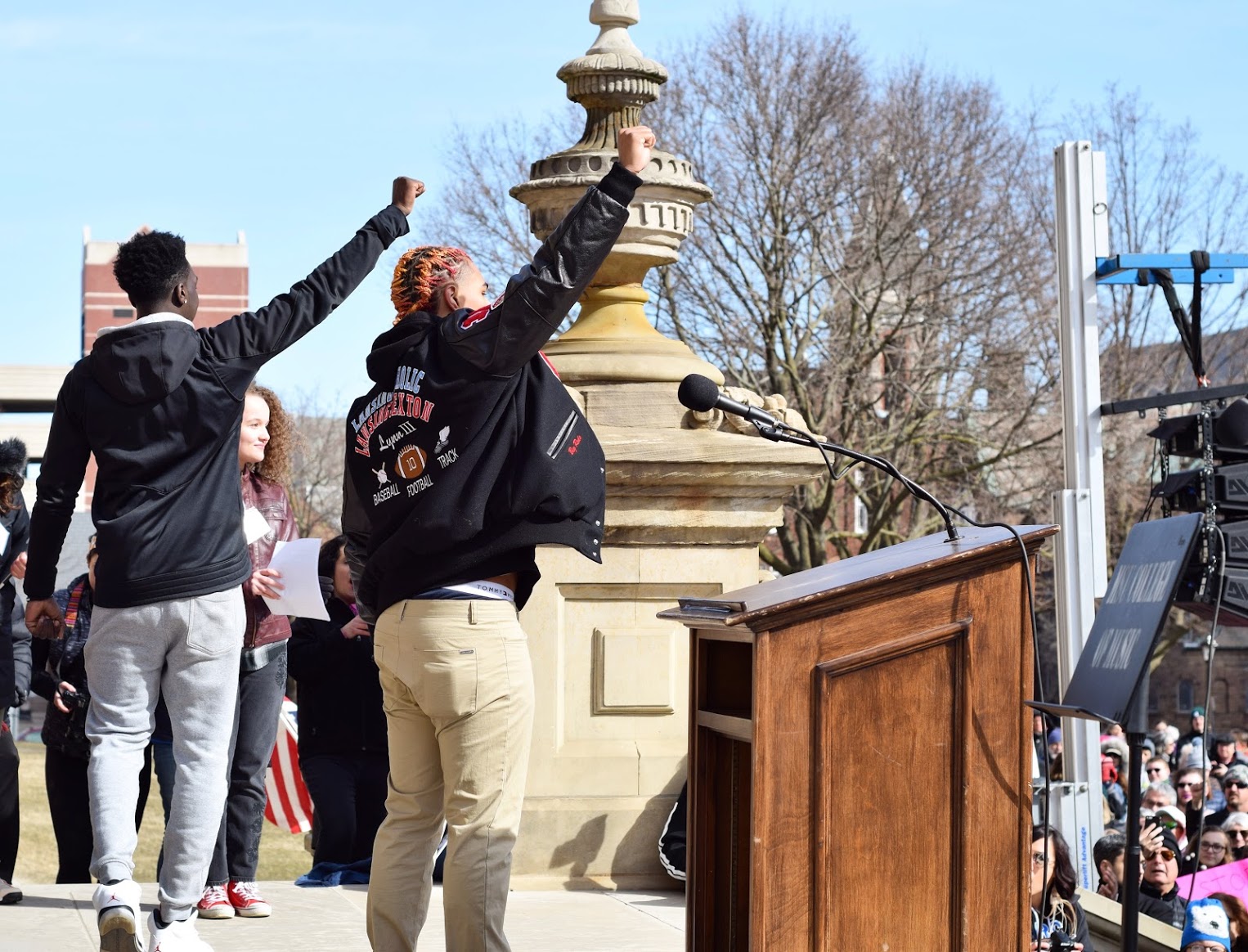 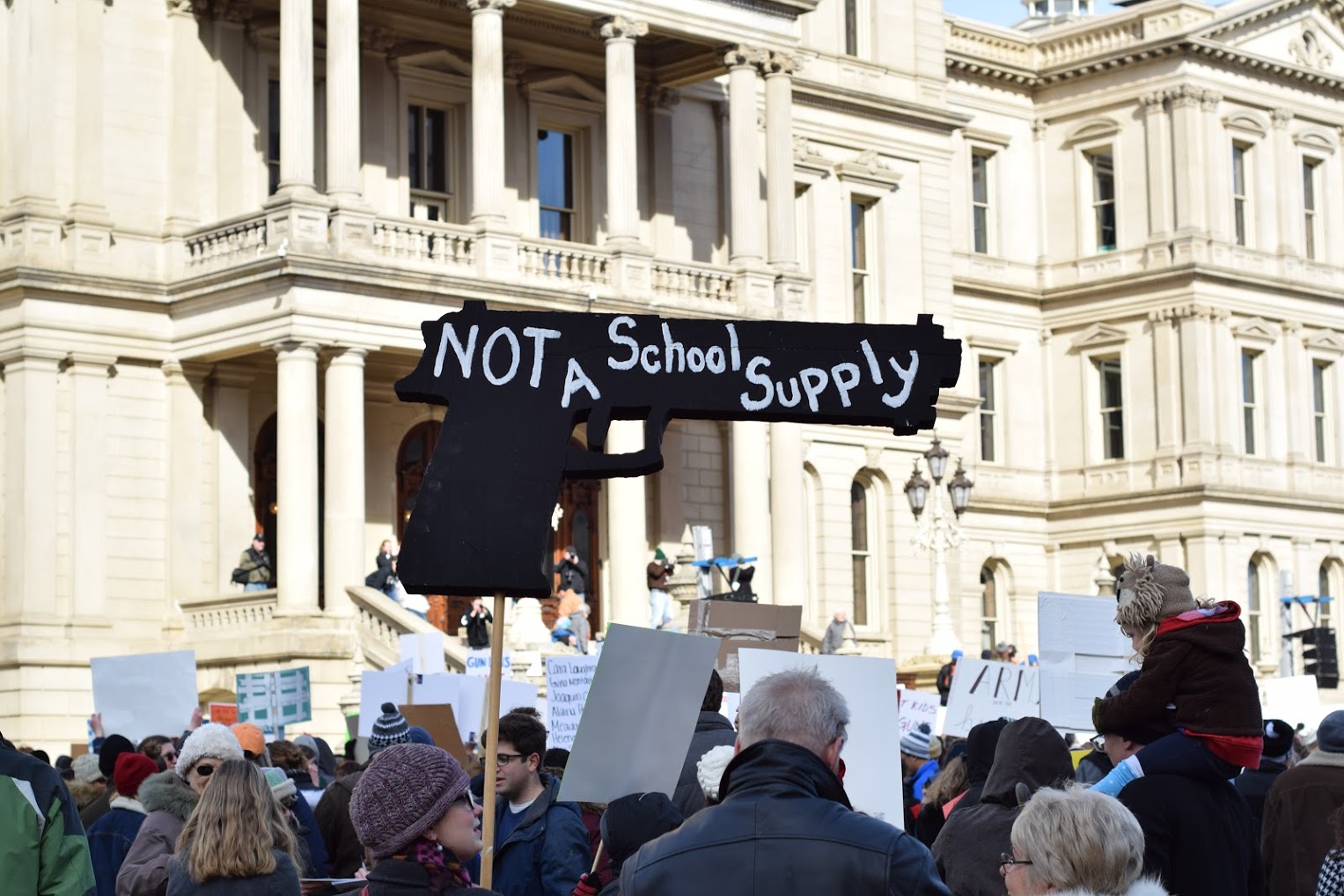 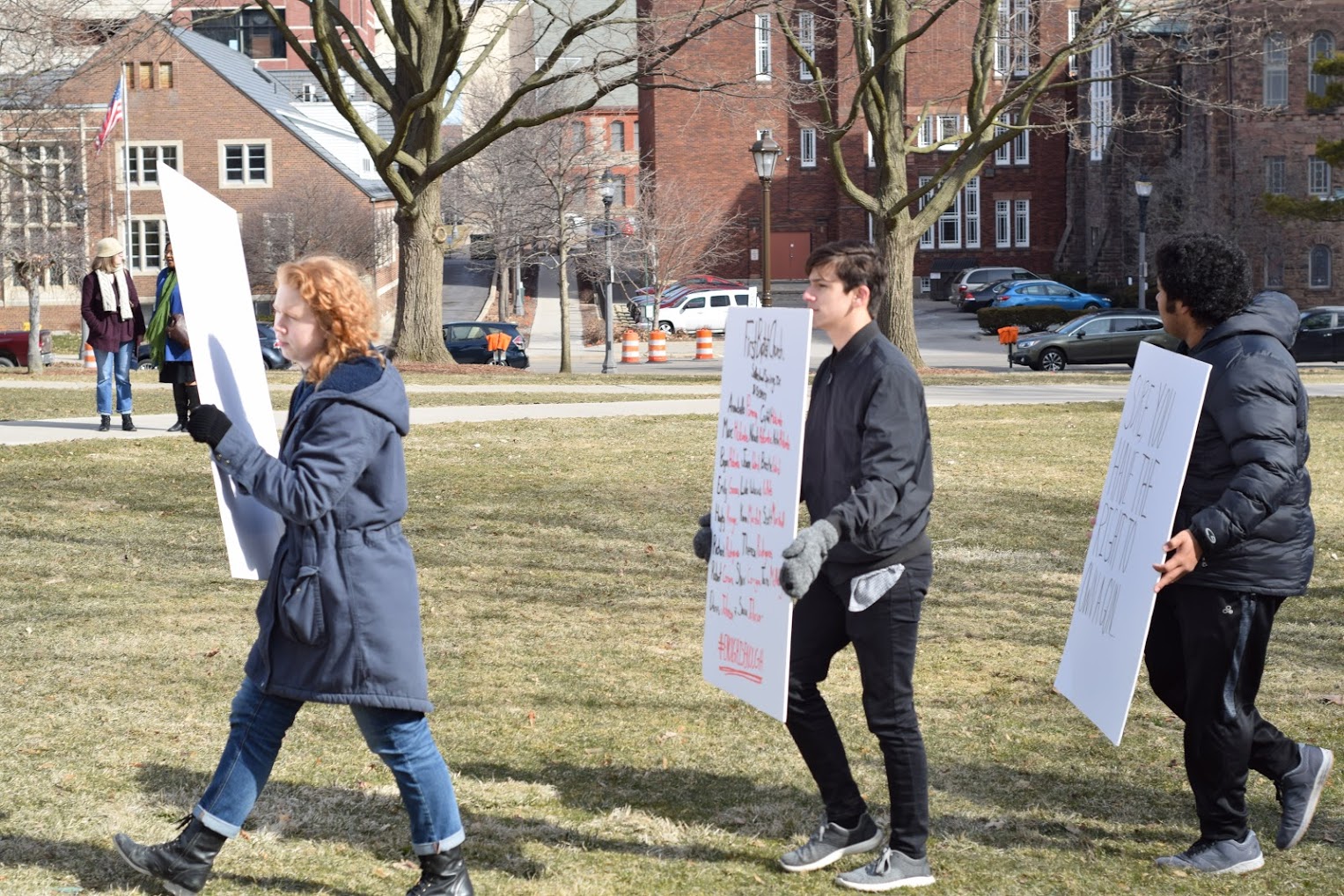