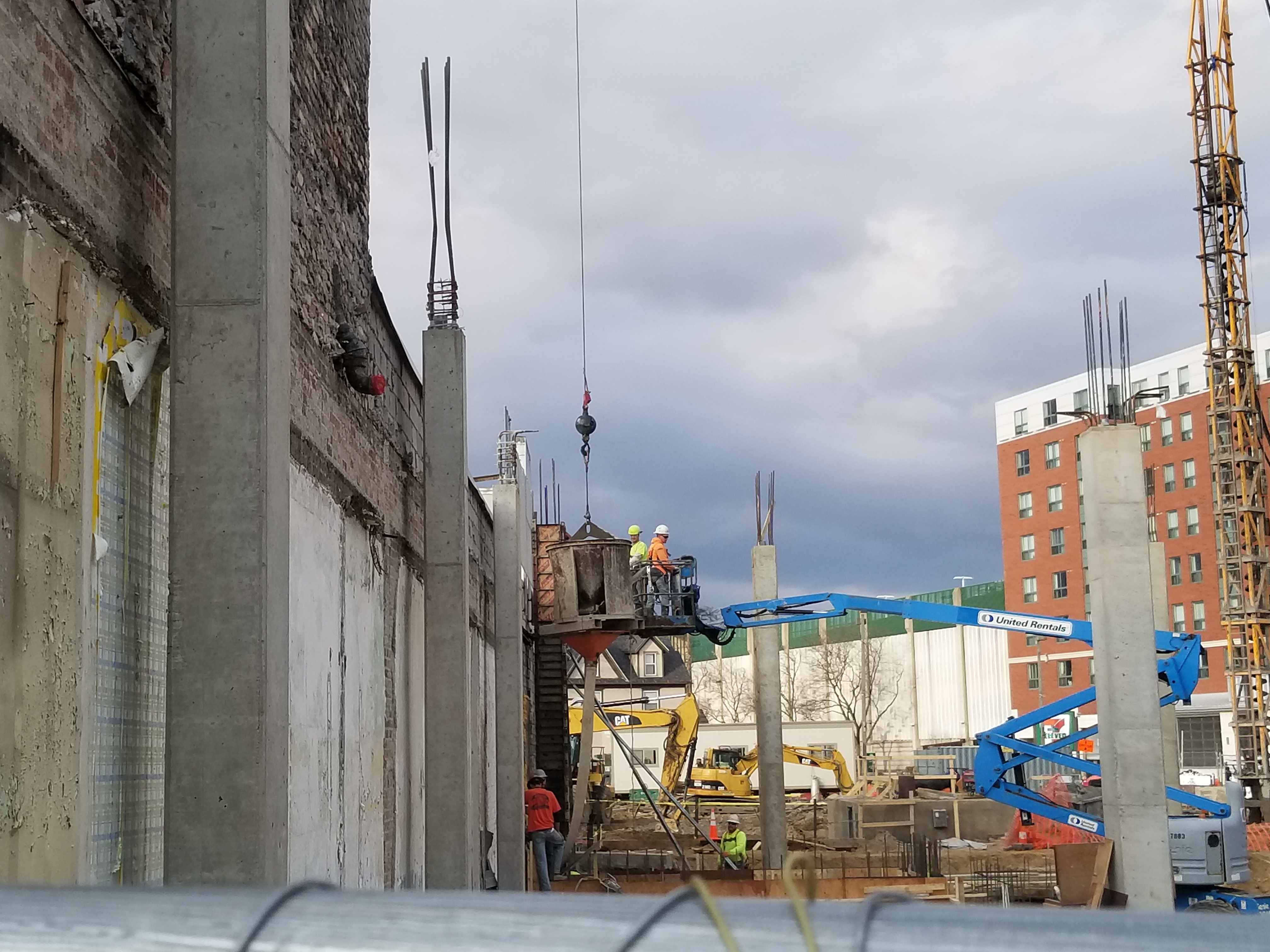 The Center City District project is something that the East Lansing Planning Building and Development Department has been working on since July 2016. It is a project that will further the development of downtown East Lansing.

This project is rather large, but how well informed are the people of East Lansing about it?

When speaking to some of East Lansing’s residents it quickly became apparent that the residents of East Lansing did not know much in regards to the Center City District project. Varying in response from “I don’t know much about that (in reference to the Center City District Project),” or “Is that the new apartment complex?” and things like “Oh, that’s where the Target is going in,” no one was informed to the point where they could establish where the project was going in or what was really going to be there structurally. Which leads one to believe that the residents of East Lansing don’t really know what this project or what it is trying to accomplish. The project is a $135 million investment and of that the city will take on no debt associated with the improvements. The project was approved by the East Lansing City Council on June 21, 2017.

The land that this project will be constructed on is along Grand River Avenue near Albert Avenue; it includes Lots 125, 133, 135 and 201-209 E. Grand River Ave. and the Albert Avenue Parking Lot, 200 Albert Ave. This information on monetary investment approval of the project and the geographic locations come from the Center City District project page on the City of East Lansing’s website.

“It’s a multi-component project: the first one is the building on Grand River. That’s the one that will include Target on the first floor,” said Tim Dempsey, director of East Lansing’s Planning Building & Development Department. “A 22,000-square foot Target store and then it’ll have 11 stories of residential apartments up above; it’ll be 273 apartments in that building. (The apartments will) include micro units and studio units: one, two and three bedrooms, all apartments for rent as residential units.”

“The other components are on the Albert Avenue side, and that will include a first floor retail space of about 23,000-square feet, and have above that a 610-space parking garage, and above the garage will be 92 units of residential housing that will be limited to occupants that are 55 (years of age) and older,” said Dempsey. The project is a major development for downtown East Lansing and will change the present cityscape of downtown.

Tim Daman, President and CEO of the Lansing Regional Chamber of Commerce, says that the chamber shows its support for the Center City District Project and other projects that continue efforts to connect the capital to Michigan State University’s campus. “The Center City District Project is really a transformation project not only for East Lansing but also for our region,” said Daman.

The retail space on the Albert Avenue side has the potential to change the types of businesses that are offered to the students, but the businesses that will be developing there have not been announced yet because it is too early to have leases out for those prospective businesses. The site where the Center City Development project will be constructed at, along the Grand River Avenue side. Photo: Andy K. Hahn

“The developer is master leasing that space (the retail space on the Albert Avenue structure) and will be seeking out a variety of different retail tenants, I think there will probably be a mix of restaurants and potentially some soft goods and services as well. They haven’t announced any tenants yet—that stage won’t really be available until mid to late 2019, so it’s kind of early yet to say exactly what they are going to have in there,” said Dempsey.