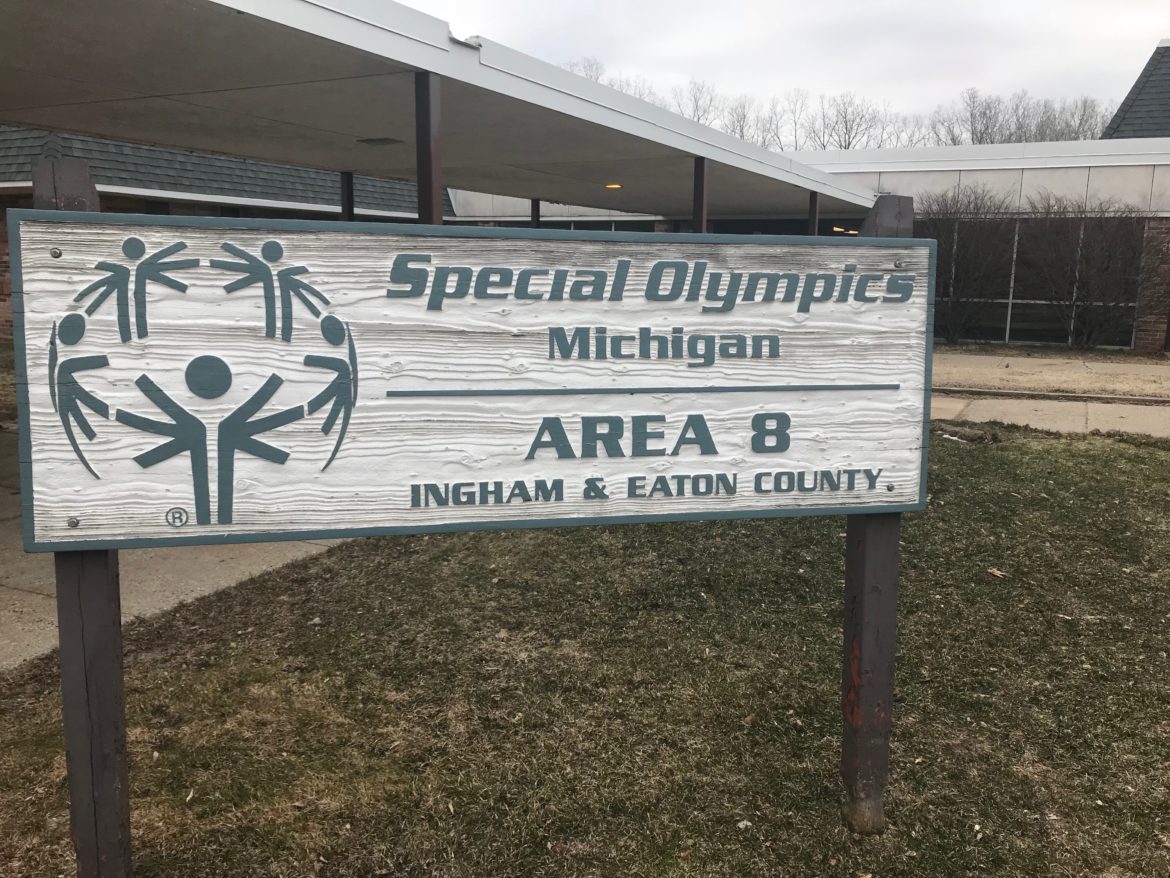 Students with disabilities in and around Mason are getting the chance to showcase their skills and interact with other students reaching for the same goal thanks to one of Michigan’s largest Special Olympics program. Getting a chance to work with others who may possess similar disabilities and develop skills they haven’t yet discovered in themselves is a big part of the reason to why this program has been so successful.

Expert in special education, Dr. Steve Imber said, “In many ways I think students with disabilities want to be accepted. Playing sports can help build self esteem … but it can bring you down if you don’t do well, which is why if you can stay positive then they’ll love it.”

For athlete Gibson Schrauben who attends Dwight Rich Middle School, the hardest part but also the best part about playing a sport is interacting with other students.

Tabatha Schrauben, mother of Gibson Schrauben said, “The difference is the way kids interact with him, they are very supportive as long as other kids understand he has autism … One time a student helped him kick the ball by doing it together” however “sometimes children can be overwhelming, when playing kickball or basketball they’ll yell ‘Just kick it’ or ‘Just shoot it.'” Special Olympics Michigan Area 8 for Ingham and Eaton counties has allowed students to perform at a high level and show off their talents to those all around the country.

A unified flag football team from Mason/Holt will get their opportunity to compete at the USA Games in Seattle on July 1 through July 6, Goudie said.

Coaches are working with many athletes, and one thing that has really stood out is the change students are making not just as athletes, but as people.

Val Suszko, teacher and coach for Special Olympics Michigan Area 8 said, “Students with disabilities grow because they’re challenging themselves, while they know their limitations, having peers to encourage them to be successful makes them feel comfortable.”

“I have watched kids blossom from not really knowing the sport to learning it and knowing how to help the team succeed. Little things like rolling a ball can build self esteem and also friendships,” said Suszko.

Thirty-three year old Elizabeth Viele, athlete in the Special Olympics since she was in middle school in the 1990’s, said, “Special Olympics is always fun for me because I get to exercise and get to see my friends who I enjoy talking to … I play basketball, bowling, cross country skiing, softball and gymnastics.”

Having 21 different sports available for all the athletes to try, brings opportunity to not just learn a new sport but encourage others to make them feel welcomed.

“The idea behind it is to interact with others on the field or court or where ever as equals … students aren’t looked at as different, it’s all about the ability not the disability,” Goudie said.

Viele said, “Each sport it’s like a different skill, for basketball we have a couple students who don’t have good skill but we still let them shoot. One girl has autism and is getting better at shooting, when she scores we get happy for her and she starts to enjoy it more and wants to play more.”

Tabatha Schrauben said her son Gibson Schrauben, has participated in track and field for six years where they do different things such as long jump, shot put, run the 50 and 100 meter dash as well as the one mile. He has also participated in swimming where they do the four major strokes, backstroke, breaststroke, butterfly and freestyle. Bowling and basketball are other sports he has tried out with this being the first year he’s done basketball. When it comes to federal cases like Daniel R.R. v. State Board of Education, it’s can be challenging to make a decision on if students with disabilities should be in the same class room and on the same team as people without disabilities.

“All these cases ruling inclusive, I would have said they should be playing with non disability kids, if they were to participate it would make it impossible for them to experience success. My thinking has changed a lot in education… you shouldn’t distinguish someone in the classroom from an education because they learn differently,” said Imber.