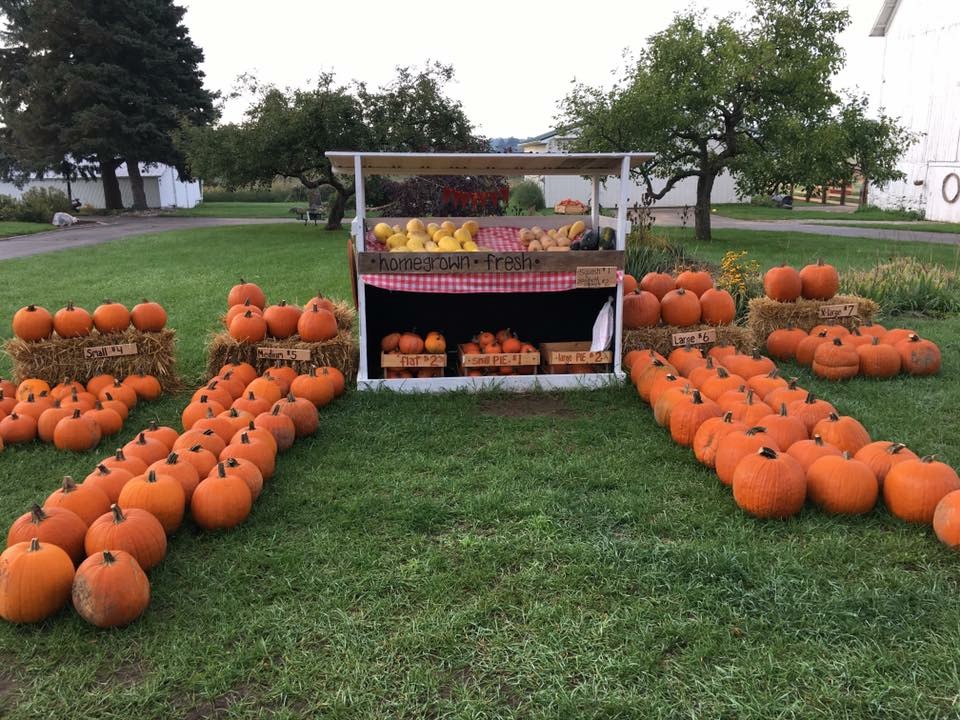 For Mason resident Alana Anderson, buying groceries locally is important for the health and safety of her and her family.

“I like to support local businesses and local farmers. I also think it’s good for us health wise to have products that are within our communities. I like to buy local produce as much as possible and local meats. I feel it’s safer and healthier for me,” said Anderson.

There’s a reason why Anderson and many others are getting in on the local food movement. In a study of 16 common fruits and vegetables, the average one traveled just under 1,500 miles before it was sold to a consumer, according to Leopold Center for Sustainable Agriculture.

In Mason, shoppers and stores alike are striving to keep up with having the freshest and most local produce. Darrell’s Market and Hardware is a small country grocery shop in Mason that was founded in 1945, according to their website. In 1996 Scott and Jamie Robinson assumed third generation ownership.

Darrell’s works with local farms to provide them with things like fresh sweet corn and maple syrup, according to the store’s co-owner Scott Robinson. Robinson said the store tries to keep local produce in its store, but it can be challenging with such a high demand.

“Once you get people going and you get that nice, fresh, local produce they keep coming in and expecting it again. Sometimes if they don’t fill, then we really get people disappointed and they stop coming and go somewhere else. So, it’s a tough thing,” said Scott Robinson.

However, Scott Robinson said that Darrell’s customer service and willingness to go the extra mile is really what keeps the customers coming back. Eating locally means minimizing the distance between production and consumption, according to a report by Roslynn Brain from the Department of Environment & Society from Utah State University. Eating locally helps preserve local and small-scale farmland, also according to Brain.

Founded in 2015 by Ashley and Thomas Butcher, Butcher Farms is a family-owned farm based in Mason. They provide Darrell’s Market with their sweet corn during its season. Butcher Farms also produces pumpkins, squash and some beef cattle, according to co-founder Thomas Butcher.

“I think a lot of our customers come and buy corn from us because they know us and they know who we are and where their food comes from. I think that’s important,” said Thomas Butcher. “The other big advantage is it’s fresh. It comes from the field to the plate that day. That’s the big thing that we try to market.” Most of Butcher Farms’ produce is sold through their roadside stand, however they do sell about 25 percent of their wholesale pumpkins to other vendors in and around Lansing, according to Thomas Butcher.

“One of our main things is to help educate people on where their food comes from because not enough people know that anymore. We’ve lost touch with the agriculture community,” said Thomas Butcher.

Butcher Farms strives to provide the freshest sweet corn and pumpkins to their community, according to their Facebook page.

While small markets and local farms provide the community of Mason with local fare, for many residents it can be time-constraining to hit more than one store for a grocery run.

That’s why for residents like Alana Anderson, a one-stop shop such as the Mason Meijer, is her grocery of choice.

“At the end of the day, unfortunately convenience is more important, but we try to buy local fresh goods as much as possible,” said Anderson.

Despite contrary beliefs about large chain grocery stores and their quality of produce, Meijer stores work with 92 local growers in Michigan alone, according to Joe Hirschmugl, the Public Relations Manager for Meijer.

“If you’ve ever been to Meijer, the produce area is really where everyone shops first,” said Hirschmugl.

“Customers find the greatest value in our fresh grocery. We feel that we bring something that other retailers can’t. Our stores get delivery in everyday, seven days a week. That includes fresh milk, meat, produce.”

Mason resident Anderson and many other shoppers in the Midwest have saved even more time grocery shopping by using Meijer’s Home Delivery service. Anderson said that she typically only uses the service about once a month, but that it saves her time when her family is having a busy week.

Shoppers can pay for a Shipt membership that costs $99 a year. Members can shop for their groceries online and personal shoppers will hand pick items from their local Meijer store and deliver it to their home, according to Hirschmugl. The Meijer Home Delivery program is successful because people want a “new kind of convenience”, according to Public Relations Manager Hirschmugl.

“The ability to shop online and have your groceries delivered in as little as a couple hours is pretty special, and that’s why we launched it last year,” said Hirschmugl.