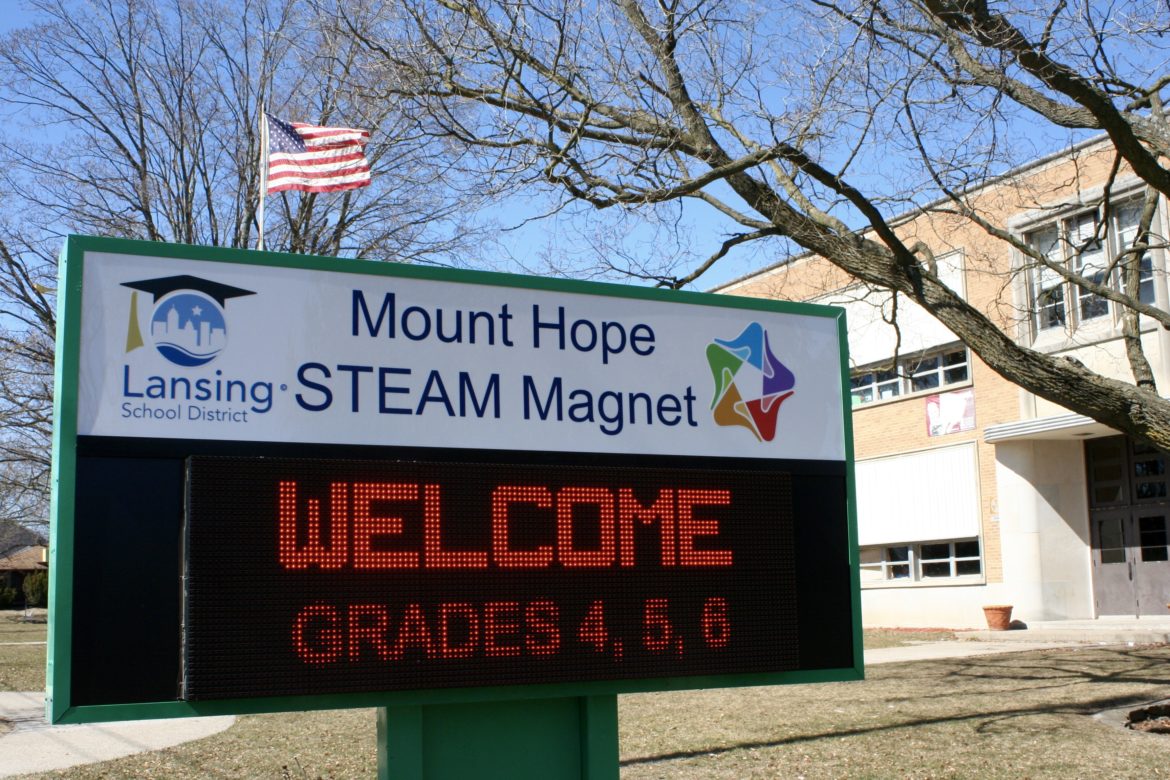 A student who loves to act doesn’t have to wait until graduation to grab hold of their dream. The engineers and the health specialists don’t have to stand by until college to begin polishing their areas of expertise. An interest in international language doesn’t have to be delayed until adulthood. Lansing magnet schools allow for immediate immersion into specific interests.

How did they get started?

A parent’s decision on where to send their child for K-12 education is influenced by countless factors: socioeconomic status, location and high school graduation rates—just to name a few. The Michigan Department of Education requested back in the ’90s that intra-district schools of choice be implemented.  The goal was to give parents and students the freedom to choose between different schools in their own district.

Lansing took advantage of this opportunity. According to Dr. Eva Lois Evans, the retired deputy superintendent in charge of instruction, the district expedited intra-district schools of choice. Evans was on the front-lines of this decision, helping each school select and embrace a specific focus. Concentrations included visual, performing and communication arts, biotechnology and international studies. These allowed students and their parents to choose an ideal career path.

“Every school had to have the base curriculum,” Evans said. “For example, if you’re a school with a focus in the performing arts, that doesn’t mean you don’t offer science, and math and so forth. They used the base curriculum as their springboard, and then they developed what the nature of their school was going to be.”

With more than 20 schools, 11 being magnet schools and the rest being “theme” or “focus” schools, uncommon additional courses of study and specialization were being offered, such as Spanish and Chinese immersion. Some schools and specializations also partner with Michigan State University and Lansing Community College, increasing a student’s chances of attending and excelling in higher education.

Evans’ former colleague, Diana Rouse, was director of elementary education in the Lansing district when the magnet problem was implemented.  She agrees that in an age of cross-district schools of choice, magnet schools were a valuable resource.

“The magnet schools were a real, well, magnet,” Rouse said. “They draw parents and families to the district.”

Rouse said one of the success factors for intra-district schools of choice was the initial magnet school grant—the 2001 Magnet Schools Assistant Program grant. This allowed the district to turn the concept into a reality.

“We did apply for a magnet school grant, and that really helped because it allowed for the advertising, the recruiting, the specialty—like if your school had a music focus, the grant allowed you to get instruments and other kinds of things,” she said. “That grant, the fact that we got that grant, really took the financial burden off of the school district.”

An article published by WILX in October 2017 stated that Lansing was the only district in the state to receive a recent Magnet School grant, totaling almost $63 million. Receiving continual funding from Magnet School grants and the Magnet Schools Assistance Program is vital to continue magnet school growth. Currently, the 11 schools dubbed “magnet schools” are working with these grant dollars, while the other schools receive money solely from the district’s general fund.

Why are magnet schools needed?

Evans and Rouse say the district has lost students. Evans said that since her retirement in 1995, she has watched the number of students decrease from nearly 30,000 to fewer than 15,000 students. According to the U.S. Department of Education, the district has lost one of every three students since the 2000-2001 school year largely due to new housing construction in neighboring suburban districts. Because of these losses, the district has not only lost money, but had to close schools.

To counteract this, Evans and Rouse said district leadership is using magnet schools and other programs to increase cross-district interest and retain local students.

Rachel Lewis has been the district’s school board president for two years. Since cross-district schools of choice allows students to choose to attend any school across the state, Lewis said that the board of education’s thought was: why not let them have a choice within their own district? This is where the magnet school and theme school pathways play the biggest role.

“The idea behind it was that we had this pathway program now where we really want students to know that our investment in them even exceeds beyond 12th grade graduation,” Louis said. “So, really understanding what the world looks like beyond school is what this district is really investing in as well.”

Magnet schools, theme schools and focus schools did more than deliver a typical curriculum. They exceeded general curriculum expectations, offering distinct emphasis on pathways of choice. As Lewis said, Lansing is focused on developing the student, not just to excel in K-12 schooling, but to prosper beyond as they attain higher education degrees and move into their ultimate careers.