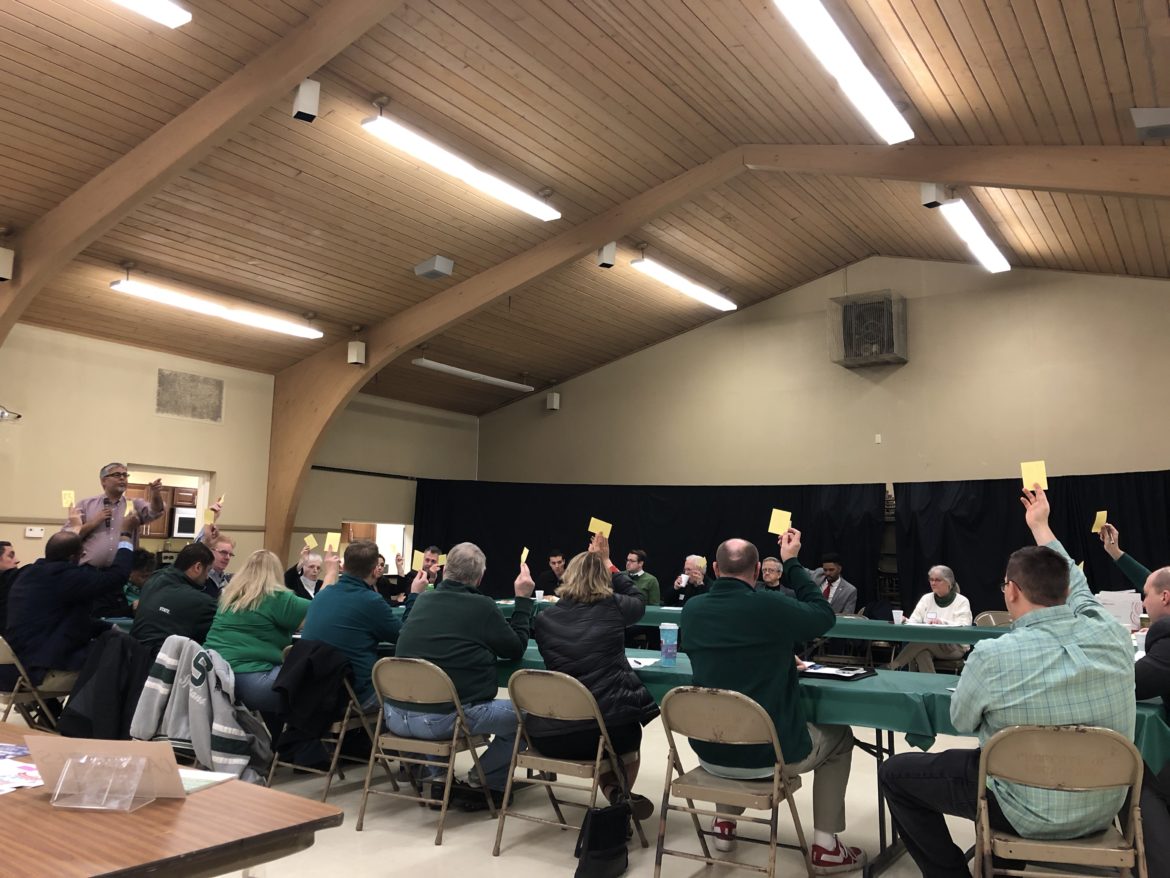 The participants in the meeting are raising their hands to express their desire. Lansing, MI. March. 17, 2018.

LANSING — On March 17, the Ingham County Democratic Party held its spring convention. The purpose of the convention is to elect members and alternates to each of the three convention committees: Rules, Resolutions, and Credentials. The secondary purpose of these conventions is to consider resolutions to be forwarded to the state party for consideration.

They said being a member of the Democratic Party means a lot, and they need to use their spare time to do a lot of work. The party is in a stagnant situation now, and they need new members and new ideas.

Rep. Sam Singh iof the Ingham County Democratic Party said, “The Democrats are all volunteered. The government has not funded (the) Democratic Party. We are not government agencies. We are free to say at the meeting, and everyone can give us some advice, and we will discuss it together.”

About Ingham County, Singh said, “I think our organization is very strong, we contribute our strength to help the community. At the same time, we are committed to helping our members to run for parliamentarians. I think we are also a force to help the development of Ingham County. These can make the county better.”

The Democratic Party not only gives the government as much help as possible, but at the same time, the party will help individuals to express their opinions.

Forty-two members attended the convention. The meeting was attended by people from all walks of life in Ingham County.

She learned about the country’s policies through the Internet and television. She agrees with the president now. In the end, she said, “people do it for their own benefit, Democrats Party and Republicans Party, and their primary purpose is to serve their own interests.”