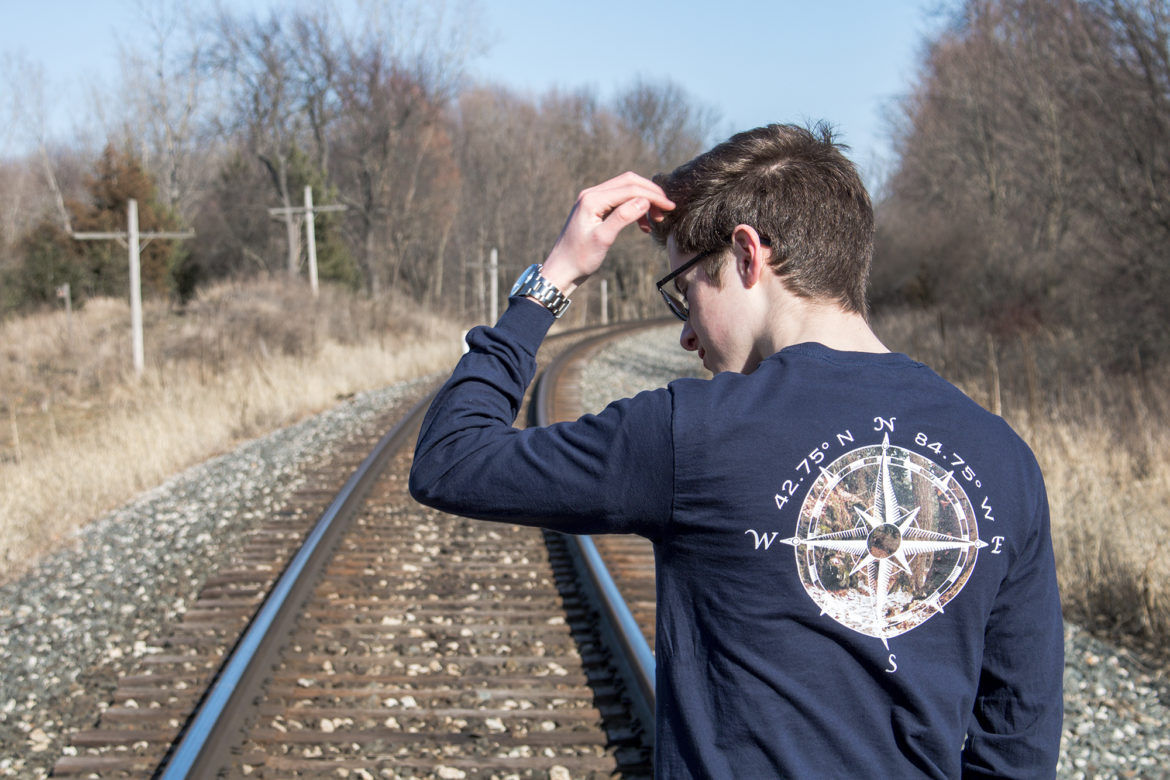 For most people, high school is a far ways away from establishing yourself as a bonafide, contributing member to society. For others, like Grand Ledge High School seniors Hunter Crane and Ryan Whitacre, age is just a number, and it’s never too early to start doing what you love.

4284 Clothing started in the first week of January this year, when students Crane and Whitacre became motivated by the massive amount of business startups that are now surfacing throughout the retail market.

“We became motivated by the stuff we’ve been seeing around,” said Crane. “We used the coordinates for Grand Ledge because we live, love, and breathe this town.”

Crane, 17, has toyed with the idea of entrepreneurship throughout the latter half of his high school career, using his high, dedicated work ethic to land himself into positions that are rather advantageous to his dreams of success.

“I’m dual enrolled at Davenport University as well,” said Crane, “I originally wanted to go into engineering, but I found entrepreneurship to be something I really enjoyed.”

Crane has another startup as well called Sector Marketing, a social media marketing company that solves the digital issues of newer businesses, such as 4284 Clothing.

“Companies like Amazon are driving the world,” said Crane, “and I want to be a part of that.”

Crane’s partner and 4284 Clothing co-founder Whitacre takes care of the design element of the apparel company, something he says is very important if you want to make it in the business. “Our first design was met with criticism,” said Whitacre. “But with the launch of our new logo, we’ve had nothing but positive feedback.”

Whitacre, 17, works as a freelance photographer, and has been working with photo editing and illustration software for 5 years. Their box logo is representative of their company as a whole, whereas their current “compass” design resonates more with the brands ideals.

“The compass was something outdoorsy and adventurous,” said Whitacre. “We were looking for a common theme, and because our company’s name, 4284, is based off of Grand Ledge’s latitude and longitude, the compass is representative of finding where you are.”