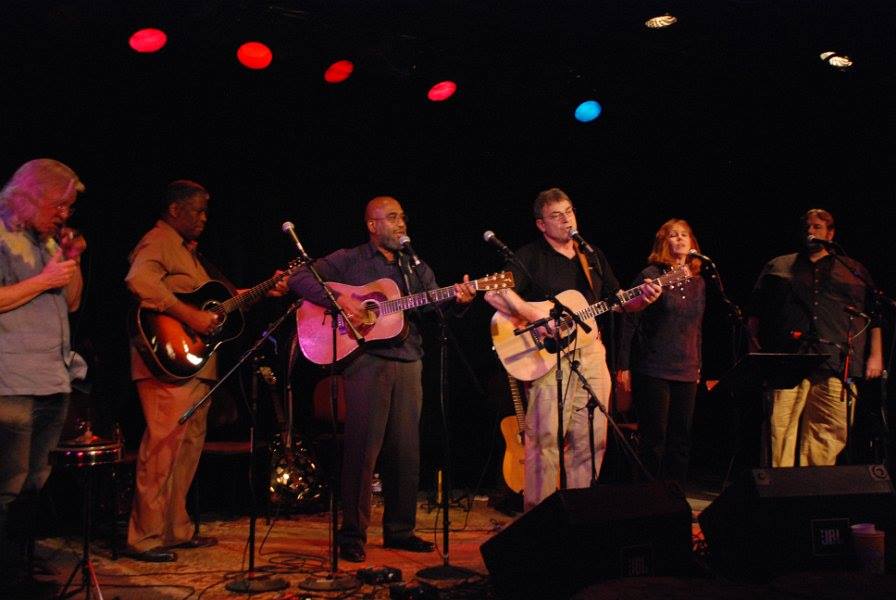 The East Lansing Folk Festival will not be run this year for the first time in 30 years. Festival officials cited decreasing attendance as the motive for canning the event.

It’s a blow, but not the end of local support for folk music, local folk enthusiasts say.

“It’s a bad situation,” said Smitty Smith, curator for Pump House Concerts, a neighborhood-run listening room that books local folk acts. “There are a lot of [upset] people in the area disillusioned in how one person can eliminate such a great local resource.” “It seemed kind of mysterious to me,” he said. “Especially because as far as I know they didn’t do any kind of community outreach in terms of discussion.”

The community sing tent at last year’s festival drew hundreds of people to the one performance he participated in, he said.  And it was community demand for a local folk show that brought him to WKAR to return folk programming there.

“I think since Bob Blackman left the radio show, well I think five or six years ago, there has really been a demand from the folk music community to have a locally produced [folk] program,” he said. “I think WKAR, like me, both agree that public radio should be about local community.”

Rather than a nationally syndicated program,  people wanted to find out where people are playing locally, he said.

The online market research firm Statista reports folk music only comprises 0.4 percent of music sales in the United States. For comparison, holiday music comprises 0.7 percent, jazz comprises 1.2 percent. The highest consumed genre is rock at 22.2 percent, although some music sites such as Billboard have reported hip-hop recently surpassed rock as the country’s most popular music genre.

“I can say it’s definitely taken some hits,” he said. “Putting together a folk show is tricky because, for the most part, they’re the product of one artist and it’s hard for a one man band to sell a lot of tickets.”

To keep the genre alive and thriving, Do-it-Yourself folk shows have sprouted up around Michigan. Such shows started with punk bands in the 70s that wanted to circumvent the mainstream music industry, according to an article published in 2006 by the Oxford University Press and written by London College professor Teal Triggs.

The bands created their own independent clubs, promoters, fanzines, DJs and channels of promotion, punk rock recording engineer Steve Albini recently recalled in a story published in The Guardian.

The concept moved to other music genres such as folk and is exemplified by Smith’s listening room located in the Bailey Neighborhood of East Lansing. The venue provides folk artists space to share their music and to receive food, lodging and decent pay.

Folk music shines in the darkness of the underground scene, Smith said. And he says there are bright spots ahead.

“I don’t think folk music in general is on the decline at all,” Smith said. “If you go to open mics or underground shows, you can see it’s only growing. Nowadays, a musician can go play in someone’s living room and make $400, have a place to sleep, free dinner.”

And the people who come to hear you shut up and listen to your music, he said.

The Internet made home recording easier, allowing smaller folk artists to make a living playing house shows and from donations to buy their music, he said.

“Gigs for songwriters in big venues might be declining, but a lot artists can make it on their own now,” he said. “It wasn’t like that 20 years ago.”

Popularity comes and goes, but the roots of what Watroba refers to as “people’s music”  are strong and deep.

“The beauty of people’s music is that trends don’t affect it very much,” he said. “Sometimes the light shines on it, sometimes it doesn’t, but it never goes anywhere. That’s why I’m always confident that it can survive even a hit like the festival going away.”