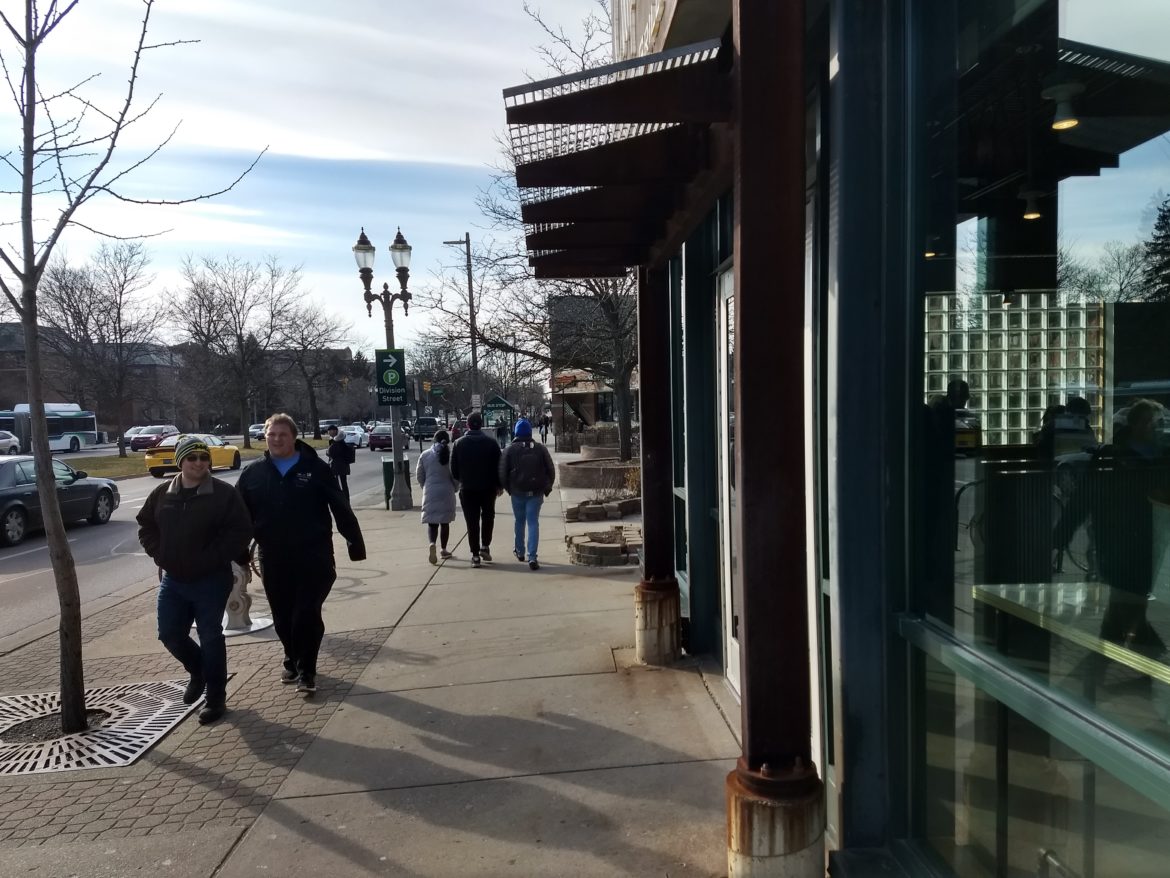 As a college town, East Lansing is naturally home to restaurants that serve all kinds of food and vary from carry-out to sit-down restaurants.

Since a large portion of the population is college students, it’s natural for East Lansing to be home to more carry-out dining options.

Larry Martin is a professor of economics at Michigan State University, he explained why the market for restaurants in the city looks the way it does.

Ruth Beier, a member of East Lansing’s city council reiterated that the large number of carry-out restaurants reflects the high demand for cheaper dining options in the area.

“East Lansing is not just a college town, but it’s largely a college town which is going to push the providers to that market,” Beier said. “A lot of businesses are going to cater to students because that’s where most of the demand is.”

“What we don’t have is very many restaurants that appeal to people who aren’t college students, like people that want to go to a mid-level or nice meal, there aren’t many options for that in East Lansing,” Beier said.

While restaurants in a college town naturally will cater to students, they also look to appeal to permanent residents. George Hoover is the owner of the Cottage Inn Pizza franchise located on Grand River Avenue. He explained the importance of appealing to clients who are permanent residents as well as students. “I try to remind people that I’m not a campus store, I’m a store of East Lansing, I’m a part of the community. The word community means more to me than the neighborhood right behind me,” Hoover said. “It means everybody that I serve within that delivery area and they’re all just as important.”

One of the obvious advantages enjoyed by carry out restaurants is their convenience and quick service to their customers.

“Our pizzas only take six minutes to cook in the oven, so we provide, you know, fast service so (our customers) don’t have to sit and wait for their food as they would at a (sit-down) restaurant,” said Britney Clark, a manager at Hungry Howie’s Pizza in East Lansing.

“For being a sit-down restaurant (serving alcohol) is a big thing, it obviously attracts people to come in,” said Johnny Vlahakis, a manager at El Azteco, a Mexican restaurant in East Lansing. “If you want to watch a game, you want to have a beer, you want to sit down and have dinner, have a glass of wine, come in with friends and get a pitcher of margaritas, it’s a big factor in this town for sure.” Crossroads for HopCat and El Azteco. From Google Maps

Vlahakis mentioned El Azteco’s longevity in East Lansing as a major contributor to its success. “(El Azteco) has been a milestone in this area for, going on 42 years now. People grow up eating this food and they stick around eating this food,” he said.

For HopCat, a chain restaurant and bar with a location in East Lansing, providing customers with a great variety of food and beer is central to their success.

Chris Knape, the vice president of marketing and communications for HopCat, explained how the bar has succeeded in East Lansing and mentioned the important role that craft beer serves for the bar. “One of the great things about craft beer living in Michigan is that we have an amazing selection of really world class breweries in the state so we really spend a lot of time developing a program that highlights Michigan beer,” Knape said.

Although craft beer and alcohol is an integral part of any bar, Knape also explained the importance of offering high quality food to customers.

“Food is a big part of what we do, even though beer is at the center of everything we do, food is a huge part of what we do and who we are and we think that that is pretty vital to our long term success,” Knape said.