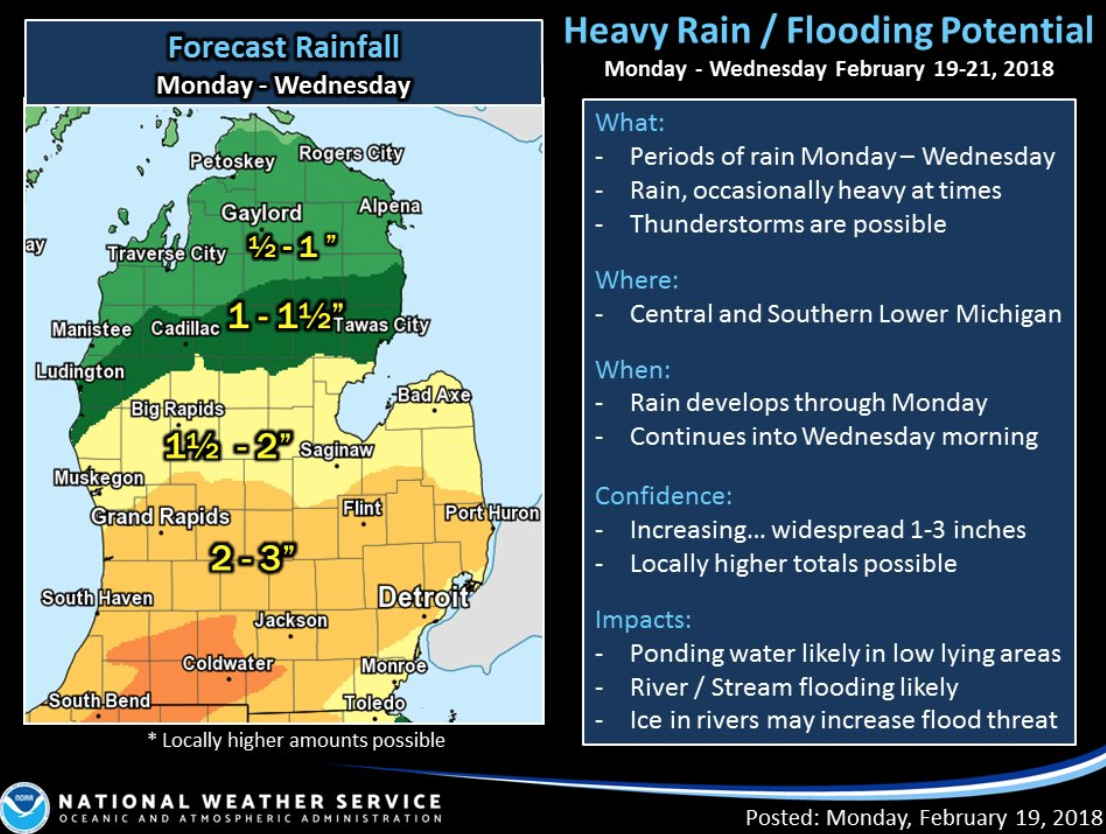 East Lansing pushes forward after the flood which occured at the end of February.

Due to rainfall and rapid snow melting, residents were advised of potential floods in the area. According to the City of East Lansing’s website, the level of Red Cedar River was expected to rise to 9.5 feet by the end of the week of Feb. 20.

Residents were advised to avoid driving through water and to report any flooded streets or areas. This included areas on Michigan State’s campus that surround the river. FEMA Flood Map provided by the City of East Lansing

By Feb. 22, the level of Red Cedar River had risen to 10.11 feet, at Moderate Flood Stage, according to the National Weather Service. With the flood now more severely impacting East Lansing residents, officials went door to door to check on the status of residents in affected areas.

According to Capt. Leo Allaire, Public Information Officer of East Lansing Fire Department, the flood did not affect their response time to emergencies.

“We went door to door in the affected area,” said Allaire in an email. “To make sure the owners had the resources to everything they needed.”

City officials responded to the flood by closing off streets, setting up blockades and more. They continued to update resident regarding street closures and flooding throughout the week.

The city bus service, CATA, also made changes to accommodate residents and their routes to circumvent flooding in and around East Lansing. “Due to flooding, CATA implemented many detours on and off campus between February 21 and February 26,” said Frederick Siler of CATA in an email. “Campus Routes 30, 31, 34, 35 and 39 all experienced detours around flooded areas.”

Former East Lansing resident, Jessica Lee-Cullin, said a few short months ago, she resided in a residential area that was encouraged to evacuate during the flood.

While February’s flooding did affect many areas of life in East Lansing, residents in general did not seem to be affected dramatically. Residents like Leo Kennedy report they continued traveling to work and their children went to school.

According to Kennedy, the most difficult part of the flood’s aftermath was that certain businesses were not operating.

“Bake N’ Cakes, a bakery (in Lansing) my daughter and I love, closed for about 10 days,” said Kennedy. “We really missed that!”

Compared to past Red Cedar River floods in East Lansing, this year’s crest of 10.28 feet was more tame than that of 1904, which crested at 13.4 feet, according the National Weather Service.