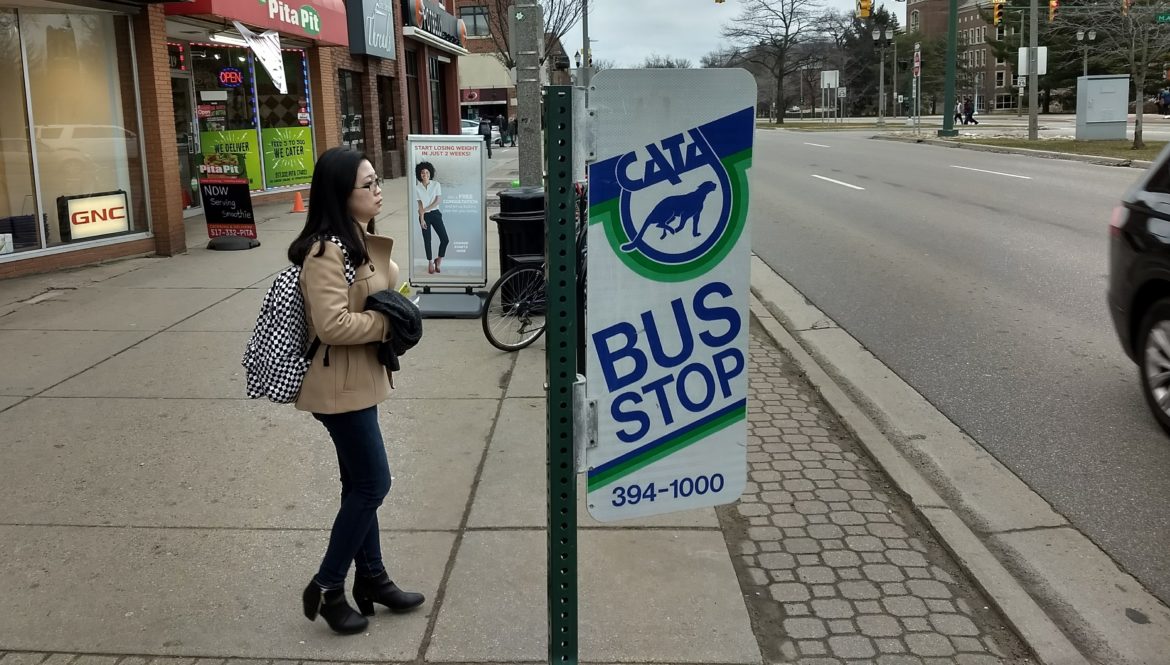 In downtown East Lansing, a major land redevelopment project is in the works that will affect land and street regulation.

This project is known as Shaping the Avenue, and is a new initiative funded by the Capital Area Transportation Authority (CATA) that will focus on analyzing and evolving how land is used in Lansing, East Lansing, Lansing Township, and Meridian Township, particularly on Grand River Avenue and Michigan Avenue. One important aspect of this project will be the use of form-based codes that will help dictate how buildings, walkways and roads will look in the future.

“(This project) will address transit-oriented development, zoning ordinances, how buildings and streets would look, and really kind of more consistently, you’ll see development more consistently be implemented along the corridor,” said Laurie Robison, the director of marketing for CATA.

Robison also explained the role that CATA is playing in this project.

“CATA is the local transit authority through which the funds are flowing, so we applied for the grant, we were awarded the grant, and we manage those grant funds on behalf of the various municipalities that are participating in the program.”

Although this project affects four municipalities in the Lansing area, each community is working on its own timeline to complete its part of the project.

“The project itself is actually a partnership along Michigan and Grand River Avenues,” said Kate Snyder, principal strategist for Piper and Gold Public Relations, and a spokesperson for this project. “(This project will) look at basically how we use the land and the streets and the buildings and how that impacts walkability, livability, bikeability, and people’s access to transportation moving up and down that key avenue.”

“The project as a whole really has spanned over about an 18-month period already,” Snyder said. “Different parts of the project have either already been completed or will continue to be completed by the different municipalities over the next six months and beyond.”

Although this project is focusing on redeveloping the land in downtown East Lansing, not everybody in the area thinks that massive change is necessary.

“To me Michigan Avenue looks to me like it actually works pretty well for those that use it,” said Konrad Hittner, an East Lansing resident. “The bike lanes are there, they’re usually pretty well maintained, motor vehicle traffic is not really affected at all.”

“Grand River Avenue is a slightly different situation in part because the right of way is constrained on both sides at differing degrees depending on where along Grand River we’re talking about,” Hittner said.

Darcy Schmitt, the senior planner for the city of East Lansing provided some insight as to where East Lansing stands in their progress.

“We right now are trying to wrap up our master plan to base our form-based codes from,” Schmitt said. “We’ve had public meetings over the last six to eight weeks and we sent out to the surrounding community to have input on the comprehensive master plan.” “Right now we have kind of a framework for that form-based code that we’ve been working on with consultants, it will be going through a good year of review from the community and many many changes, but a lot of the input so far from the comprehensive plan will be fine tuned through the Shaping the Avenue process,” Schmitt said.

Wayne Beyea, a senior specialist of urban and regional planning and faculty member at Michigan State University explained that this re-development project is working to build off of some earlier public engagement work that was conducted in and around East Lansing.

“This comes on the heels of a fairly extensive public engagement process that was done with charettes and the National Charette Institute for East Lansing and the surrounding communities along the Grand River and Michigan Avenue corridors,” Beyea said. “It’s a natural progression from some of the input and recommendations that were made as part of that public engagement process that was done earlier.”

Beyea also touched on the importance of providing multiple convenient transit options for people in a community such as East Lansing.

“If you look at effective regions around the country that have really been able to move forward, this idea of placemaking and creating transportation options is a key component of economic development and revitalization,” Beyea said. “A lot of millennials and others that are highly talented are seeking out areas that have multiple transportation options as a matter of fact so they don’t have to own a car, so transportation and economic development are closely tied particularly when they’re coupled with placemaking activities such as revitalization efforts that are taking place along the Grand River Avenue corridor.”