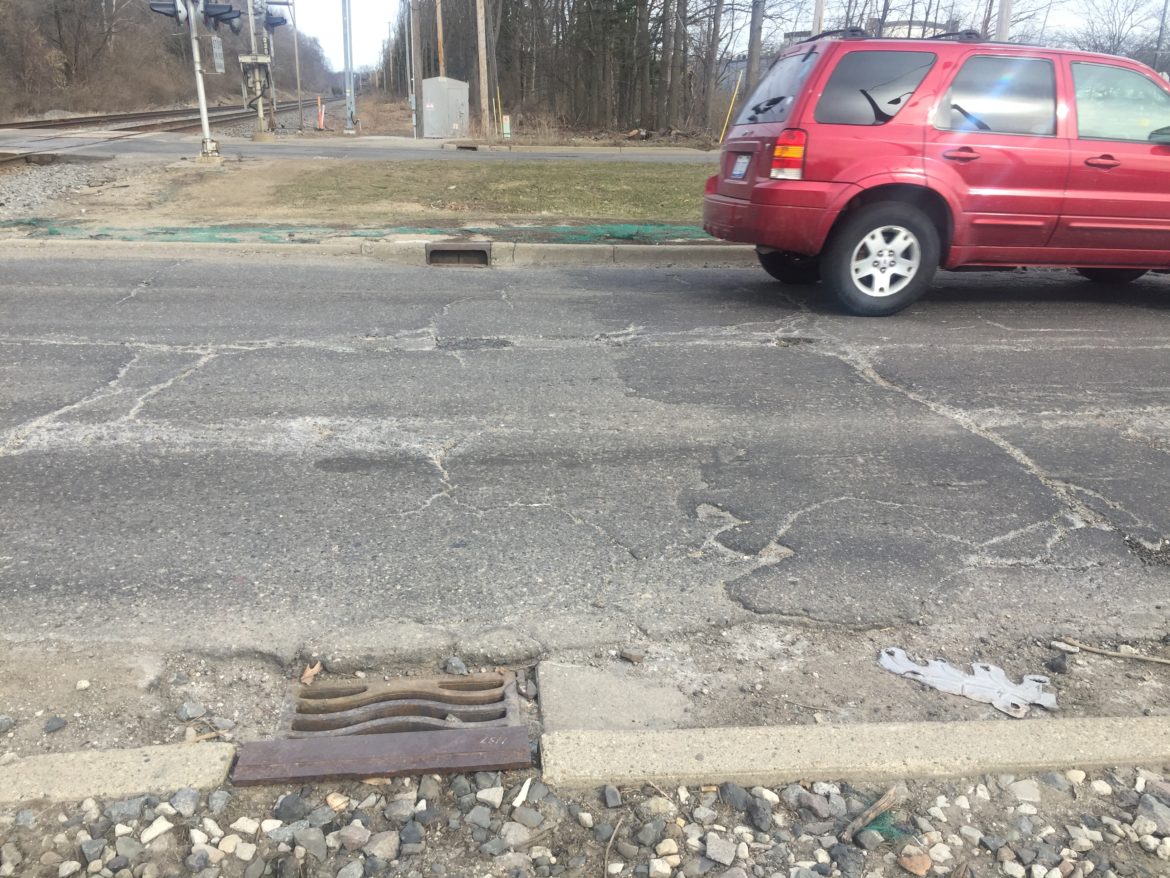 Cracks and uneven asphalt on Hagadorn Road | via Jada Fisher

Cracks and uneven asphalt on Hagadorn Road | via Jada Fisher

During what was expected to be a typical day driving for Uber, East Lansing resident Antoine Cato encountered a pothole. Cato could feel something wrong with his car and began to slow down. Once he made it to an auto shop, he grew angry and frustrated upon learning the hefty cost of replacing his tires.

“I ended spending over $200 on two front tires … I was angry because these roads have been in need of repair,” said Cato. “Now, at night if the speed limit is 25 I go 20 maybe 15 depending on how bad the street is.”

According to Jeff Neilson, owner of Tuffy Auto Repair Center in East Lansing, bad roads can cause costly damage to vehicles.

“These potholes can cause a dynamic impact on suspension components, tire rod and can cause a tire to blow out,” said Neilson.

“If you’re not familiar with the roads or you’re driving at night, it’s even more dangerous because you could lose control of the vehicle when the tires lose contact with the road,” said Neilson.

According to Josh Clayton of H&H Mobil, their shop sees a lot of customers with bent wheels and other issues with wheel components, which can be pretty costly.

According to Clayton, H&H Mobil receives plenty of customers who have car problems because of road conditions.

“Certainly many customers see us for those issues,” said Clayton. “Though it really depends on the season. This time of year, we see a lot of steering and suspension work that could be attributed to a combination of weather and road conditions.”

Owner of Tuffy Auto Repair Center, Neilson said that his shop also receives a decent amount of customers whose cars suffered from bad roads. Suspension, tires and alignment business is up 20 percent due to the worsening of road conditions and potholes.

East Lansing resident of 10 years, Han Nwe San has had bad experiences with roads in the city as well. She said that she even had to replace one of the rims because of damage caused by a pothole.

“The potholes gave my car’s tires severe damage,” said Nwe San. “I now have to slow down, most of the time, when driving through East Lansing.”

“Cars just aren’t designed to drop into an eight inch pothole at 40 mph,” said Schock. “It’s just a force exerted on the wheel and suspension system.” “It is possible to design vehicles to not respond in such a way,” said Schock. “The army builds vehicles that go through terrain without damage, but no one would pay for this. The cost is just not realistic.”

Because swerving to avoid potholes can impose a risk to residents’ safety and driving over them is not a great option either, Neilson offered some advice to residents seeking a solution. He advised them to try to drive more cautiously and avoid them when possible.

“If they do hit a pothole and hear a noise … if their steering wheel is shaking, a wheel could be out of balance or there is an alignment issue,” said Neilson. “I would suggest going to a shop and having it looked at by a reputable mechanic.”