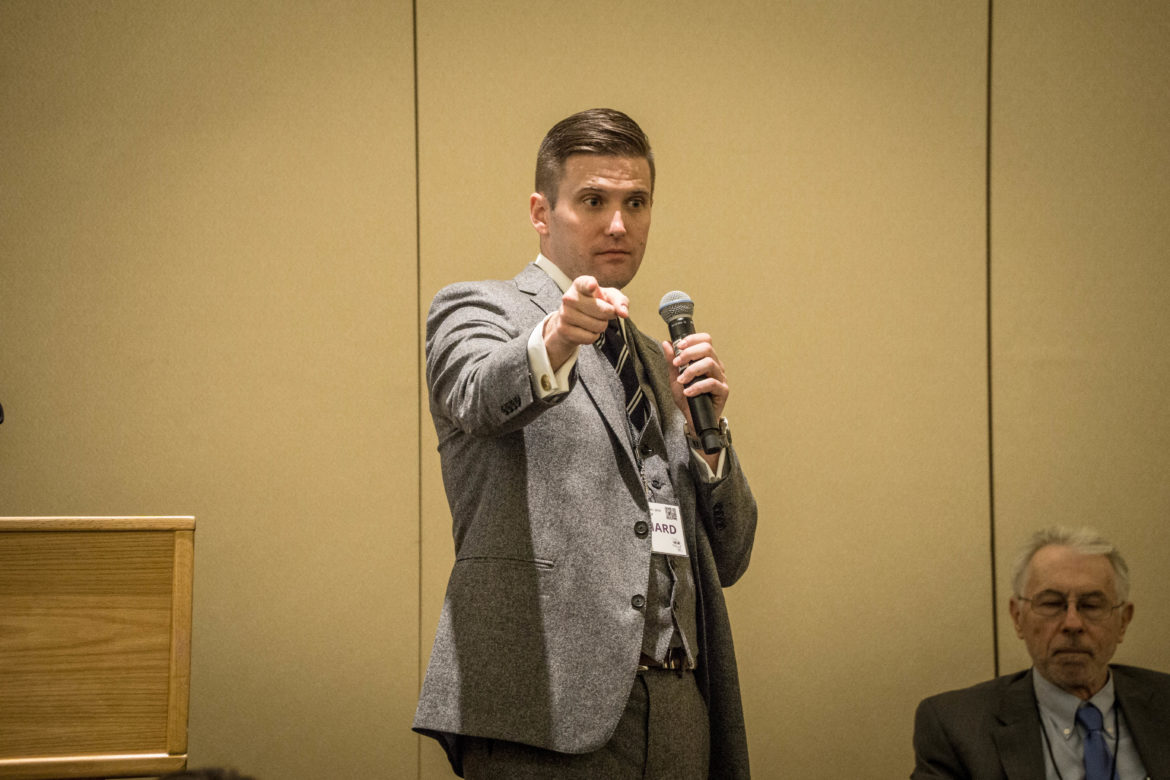 In today’s political climate, it is more common to see division than cooperation.  But a bizarre turn of events has led to a white supremacist uniting several of the largest political groups on Michigan State University’s campus.

Entering that charged atmosphere March 5 is Richard Spencer, a white supremacist known for divisive rhetoric that at times has led to violence. MSU initially denied Spencer’s request to speak, citing security concerns. Spencer sued the university and a federal judge ordered mediation that resulted in an agreement to allow him to speak on campus, according to a number of news sources. Outside the MSU Pavilion for Agriculture and Livestock Education where Spencer will speak.

Multiple groups from across the political spectrum have united to oppose his visit during MSU’s spring break. The MSU College Democrat and Republican student groups, Young Americans for Liberty and the Young Democratic Socialists are organizing an alternative event the same day.

“It will reflect the values that the students at MSU have,” said Dan Martel, the president of MSU College Democrats. “We will have a peaceful demonstration on campus which will culminate in a concert at Cherry Lane Field that will go on for the entirety of Richard Spencer’s time on campus.”

Neither of the two student political groups want him on campus.

“We denounce his views, which are based in racism and bigotry,” Hackett said. “They are the words of a mad man.”

Martel said he is  saddened by the visit. “He is only allowed here because of a judicial ruling protecting his right to free speech on public property, as MSU is a public university,” he said.

Although Hackett did not want to see Spencer on campus, he understood why he was permitted to speak.

“We respect his First Amendment rights to speak at a public institution, and the ultimate deal that MSU made with him to speak on March 5 is probably the best deal that could have possibly happened here.”

Frederick Fico, a professor emeritus of journalism at MSU, has first-hand experience with  controversial campus speakers. In April of 2007, MSU College Republicans, an organization that Fico advised, invited Chris Simcox, a controversial figure known for his radical views on illegal immigrants and protecting the borders.

As a result, Fico and the MSU College Republicans were investigated by the university.

“Students went to the office of inclusion and said that I, as the adviser to the group, and the College Republicans had violated the anti-discrimination policy,” Fico said. “It was totally bogus. If anybody should have been investigated it was the thugs who tried to keep the particular speaker from speaking.”

Following the investigation, the university determined no disciplinary action was necessary for Fico and the MSU Republicans. Fico then started Conservative Faculty and Staff at Michigan State University in September 2008.

“The university has to support even the most controversial speakers for the right to speak because the principle of the First Amendment is more important than anyone feeling offended or hurt,” Fico said.

Fico has strong words about those who deny or limit free speech.

“Nazi’s are mostly on the left these days,” Fico said. “The litmus test for the Nazi is that he wants to stop speech. And the Nazi stops speech by calling it hate speech.”

Voting and free speech are the pillars of democracy, Fico said.

“The First Amendment, the right to speak, is absolutely vital. It is how people become informed, who then vote. The two interlock.”

“The First Amendment is sacred,” he said. “If we were to start putting boundaries on instances in which it does or does not apply, or who qualifies for protection under the First Amendment and who doesn’t, it creates a slippery slope and opens the amendment up for interpretation from everyone. Everyone’s speech is protected, but so is criticism of someone’s speech. Richard Spencer will not leave campus without being criticized, and rightfully so.” The podium at the MSU Pavilion for Agriculture and Livestock Education where Spencer will speak.

Hackett said it gives him hope to see organizations on the opposite side of the political spectrum working together.

“Personally, this is something I want to see more of,” Hackett said. “Us, as different members of campus, working together because the reality is we all have a place on this campus, we’re all Spartans, we all have something to bind us.”

Editor’s note: Spencer is slated to speak at 4:30-6:30 p.m. March 5 at MSU’s Pavilion for Agriculture and Livestock Education.  The UnityFest sponsored by campus political groups is scheduled for the same time at Cherry Lane Field.