The 2018 midterm elections aren’t until November, but political groups at Michigan State University are putting together voter registration efforts to engage as many students as possible.

That increased level of engagement can be tied to one person, President Donald Trump, said Daniel Martel, the president of MSU Democrats.

“I think this President is particularly unpopular with people who would be politically active enough to vote in a midterm election.” Martel said. “The President is very unpopular among millennials, who will hopefully turn out to vote in historic numbers.” 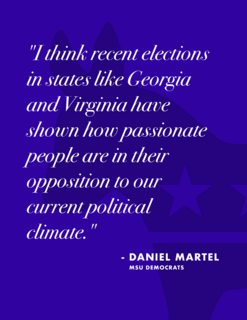 MSUvote is a non-partisan organization that registers student voters and informs them of the candidates and issues that affect them. The organization anticipates a bigger turnout this year compared to previous midterm elections.

The group is planning early so the 2018 midterm participation is high on campus, said Suchitra Webster, the organization’s co-chair and community liaison at MSU.

“People are particularly interested and motivated this year and the organization wants to capitalize on this enthusiasm,” Webster said.

After more than 300 students were registered during a two-week trial last summer, MSUvote hopes to register 1,000 students this summer during the Academic Orientation Program. MSUvote is also participating in the “B1G TEN Voter Challenge,” a competition with other B1G TEN schools to have the most registered students and the strongest turnout. After the 2018 midterms, B1G TEN awards two trophies: One for biggest improvement over previous elections and another for highest eligible voter turnout.

Campus voter turnout  during the 2016 Presidential Election was 73 percent, with 63 percent turnout in East Lansing, said Derek Hacket, the events coordinator for the MSU College Republicans. College Republicans aren’t anticipating the same high turnout this year, but the group expects increased engagement from previous midterms when turnout was less than 50 percent of registered voters. 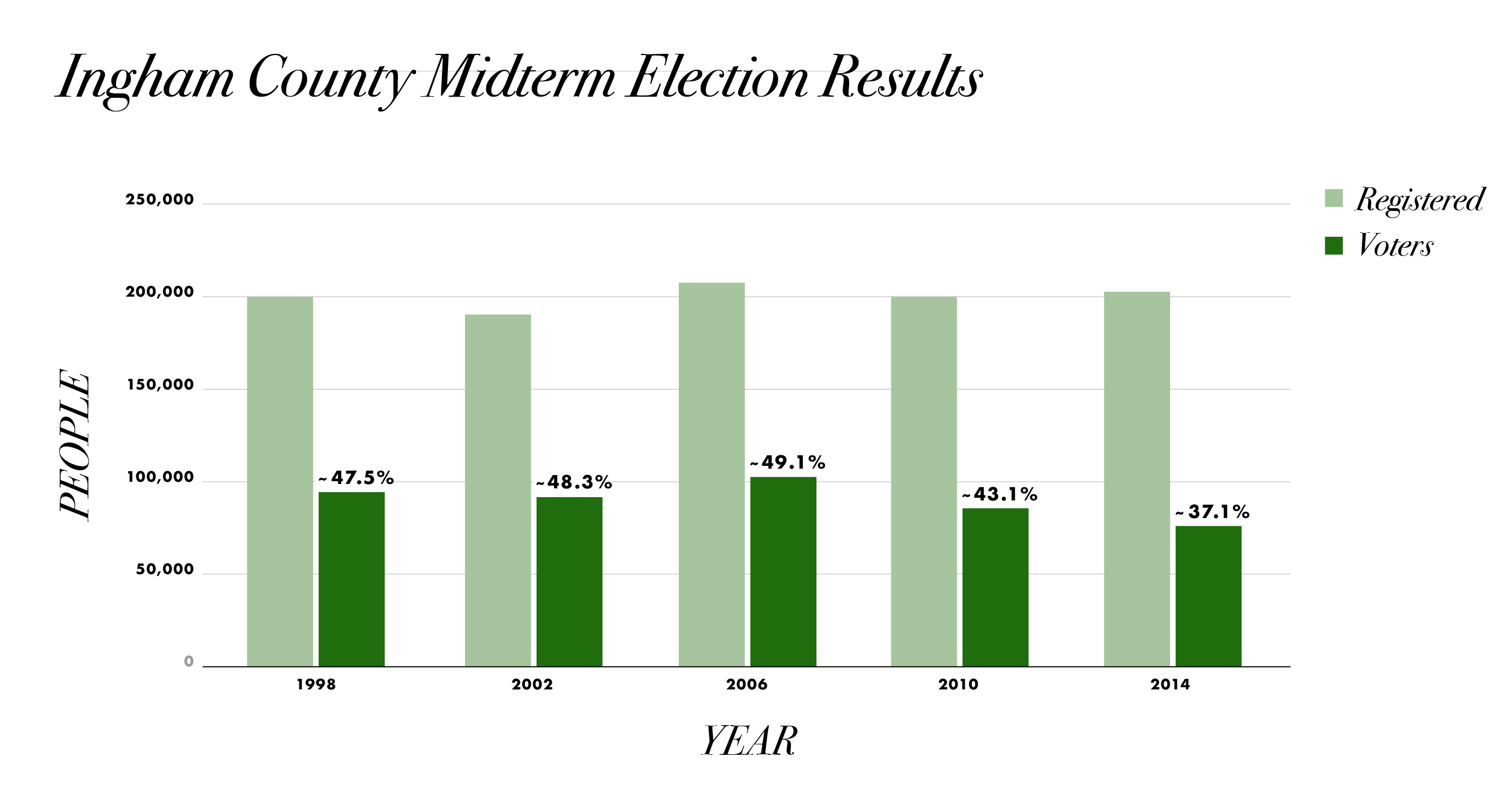 “We anticipate a greater turnout this year among students, partly due to the senate and governor’s races, as well as the more politically charged environment on campus,” Hackett said.

U.S.  Sen. Debbie Stabenow, a Democrat who has held her seat since 2001, is running for reelection. Four Republicans are competing for a chance to run against her in November.

Even with contentious gubernatorial and U.S. Senate races, getting students engaged and registered ahead of the midterms doesn’t come without challenge. Registration efforts on campus were so effective in 2016 that finding people who aren’t registered this year is tough, Martel said.

“Our biggest problem, which is an incredible problem to have, is that we registered so many people last year that a ton of people are already registered to vote,” he said.

For the College Republicans, Hackett said they’re just trying to seem approachable to unregistered voters who want to participate in the political process.

“A major challenge facing the College Republicans is finding a way to approach students in a non-threatening, non-partisan manner when it comes to voter registration,” Hackett said. “While we believe in promoting the values of the Republican Party first and foremost, we do respect that many students have not made their minds up on major issues.” 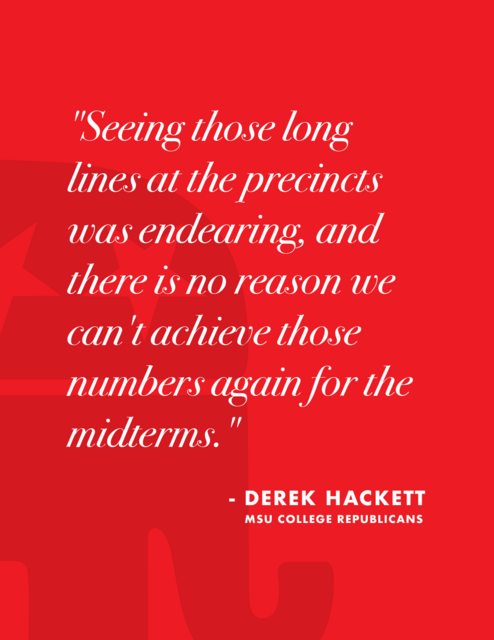 Engaging with students with a pleasant demeanor and letting them approach you in high-traffic areas on campus like the bridge near Wells Hall is a strategy that’s worked for College Republicans in the past, Hackett said.

Whether it’s the MSU Democrats, College Republicans or non-partisan organizations like MSUvote, groups on campus are working hard to increase political engagement and voter turnout this year.

“Our ultimate goal when working to register students to vote is to make them feel passionate about performing their civic duty as an American citizen, and fostering a connection between students and their community,” Hackett said.