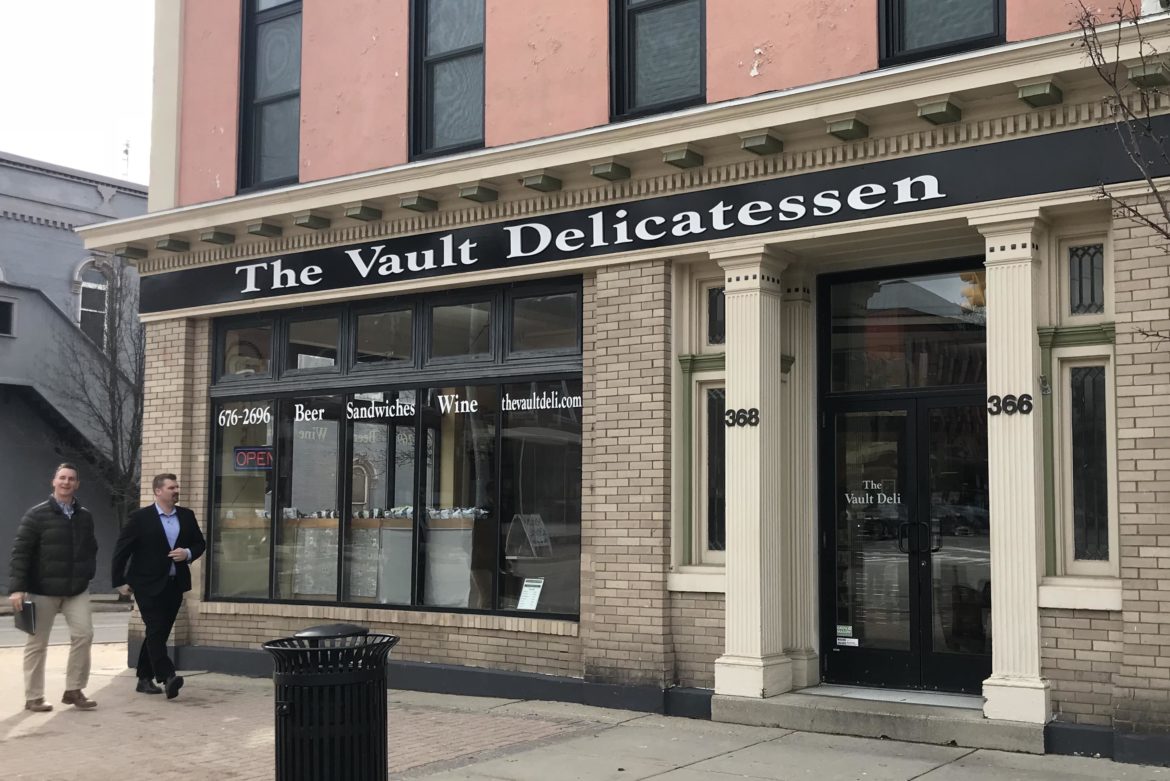 There is one common complaint that residents typically have about small towns; there aren’t enough restaurants. Like most small towns, Mason seems to fit into that stereotype, according to residents.

Some of the restaurants in Mason include Mason Depot Diner, City Limits, Los Tres Amigos, Darb’s Tavern and Eatery and The Vault Delicatessen.

Aside from the occasional fast food joint in Mason, most of the restaurants are small businesses and locally-owned.

Despite Mason’s emphasis on locally-owned eats, some residents have a hard time finding variety, such as one resident of Mason for six years, Angela Izzo.

“On a day-to-day basis I guess it doesn’t really affect me because we’re not trying to eat out every day, but when we do want to go out to eat, a lot of times it means we need to leave Mason to eat,” said Izzo.

“I like our location because we can easily go here or there, being right off of (Route) 127. Or we can shoot up to Okemos or East Lansing. But it’s still a huge inconvenience because after my husband has worked a long day at work, we want to be able to stay local, grab something really quick,” said Izzo. “You know, because that ends up being, ‘Okay do we want to spend two hours and grab a decent meal or do we want to settle for something that we’re not going to be happy with but quick?'”

Among the limited restaurant choices in Mason, Izzo said that her two favorites were The Vault Delicatessen and Los Tres Amigos, although Izzo is not fond of Mason’s fast food restaurants, particularly because what she says is their bad customer service.

“You know, and I like Mason, we’re a nice quaint town, but for whatever reason, the restaurant business is horrible here,” Izzo said.

In 2014, small businesses with less than 20 workers made up for 89.4 percent of businesses in the U.S., according to the U.S. Census Bureau.

Despite the possible lack of care in the fast-food industry in Mason, most of the downtown restaurants and businesses are independently owned and have been serving the community for years.

The Vault Delicatessen sits right on Jefferson Street, facing the Ingham County Courthouse. It is owned by Jamie and Scott Robinson, who were born and raised in the town of Mason. Jamie Robinson said that the two floors above The Vault recently went under renovation to become apartments.

“We have a lot of walk-in customers from the county buildings and banks, downtown banks. We have a lot of customers at night because there’s 55 rehab apartments in downtown Mason,” said Jamie Robinson, who also owns Bestsellers Books and Coffee Co. and Darrell’s Market and Hardware. “We’ve created a place for people to live and eat and enjoy the small-town courthouse,” said Jamie Robinson.

In regards to the lack of restaurants in the area, Robinson said that the restaurant industry is a tricky one to get into, especially in Mason.

“It’s probably the lack of risk-takers. I mean for the last ten years it’s been tough to borrow money, rehab these old buildings. And when you’re in the restaurant business, it’s a high-risk category anyways. I would say the cost of being in the restaurant industry is one of the biggest reasons,” Robinson said.

Although restaurant options may be limited right now in Mason, the town is growing and new businesses are always moving in.

“We have a big project coming along that’s going to support an independent restaurant and two more apartments right there where Baja Grill was. So, that’s coming along. There will be another sit-down place there,” said Robinson.

Another new restaurant that has the town of Mason buzzing is the Jackson-based pizzeria, Klavon’s Pizzeria & Pub. They will open their third location in Mason in 2018, according to Klavon’s website. The restaurant will take over the old site of Smalley’s Auto Service at 318 W. Kipp Road, according to a representative of Klavon’s. The location of the future Klavon’s Pizzeria & Pub. 318 W Kipp Road, right off of 127. Map provided by Addie Pyatte via Google Maps

Many residents are looking forward to the opening of Klavon’s Pizzeria & Pub, such as Jordan Bloom, a resident of Mason who has never eaten at the Jackson location but is anticipating the popular pizza place.

“I’m just excited to get something other than City Limits. I’ve had City Limits so much I’m excited for something different,” said Bloom, a barista at Bestsellers Bookstore and Coffee Co.

“It will be an excellent place for families to go out and have stuff to do. Plus, it will bring a lot of jobs in,” said Bloom.