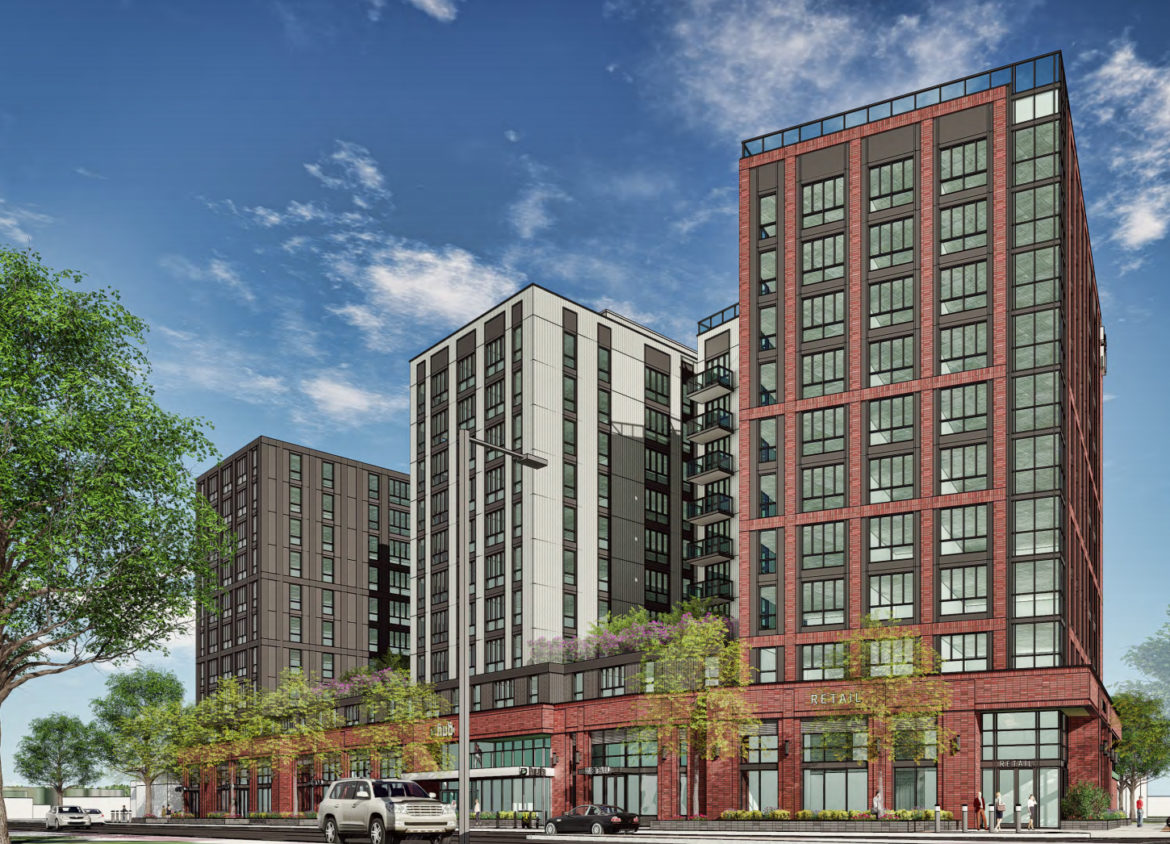 Artist rendering of The Hub East Lansing. Scheduled for development for Fall 2019. Artist rendering of The Hub East Lansing. Scheduled for development for Fall 2019.

EAST LANSING, Michigan – The city is welcoming a new development project that will house students for fall 2019. The Hub of East Lansing will be located at 1000 East Grand River Ave. at Bogue Street.

“I’m really excited about the new apartments coming to that area of campus,” said City Council member Aaron Stephens, an MSU pre-law senior elected last November. “The Hub will be bringing a walkable aspect, which is very cool. Students walk year round, and it will be good for them to have a home near classes.”

Stephens cast a yes vote on Dec. 12, 2017, when the council approved the proposal.

The complex will also be a boost for what Deputy City Manager Tim Dempsey calls an “underutilized prime corner” of the city.

The apartments will include a parking garage; theater; workout facility; computer lab; and a rooftop basketball court, pool, and fire pit; in addition to ground-floor retail space.

The project will stretch the full block from Bogue to Cedar street. A 10-story building will house over 575 students in studio apartments and two- and three-bedroom units, with a parking space for each bedroom. Core Spaces has made it a priority to have extra spaces for family and friends to help sell their apartments.

Melissa Flath, director of new business for Core Spaces, said although details of the room design and pricing are still in development, the company plans to draw students with “word-of-mouth, traditional and online advertising.”

Flath said the project will offer a variety of rents prices and floor plans that appeal to a broad group of people in the city of East Lansing, not only MSU students.

“We also have plans to construct some rooms that offer double occupancy,” Flath said. “All of the apartments are leased by the bed space, so each resident will sign their lease individually.”

The arrangement will allow students to live in larger spaces with more roommates, without being anchored to the same lease period.

The Hub will be based on other Core Spaces projects such as apartments at the University of Michigan and Purdue.

The apartments plan to make technology a big focus, including virtual yoga classes and multiple group/private study rooms with equipment such as video conferencing, smart boards, and computer sharing capabilities.

The complex will take over the area of Georgio’s Pizza and 7-Eleven, but the businesses are expected to relocate in the retail space of the new building, according to the East Lansing city website.

The apartment complex will include retail space, with other tenants yet to be determined.

As of now, the development remains untouched. The 7-Eleven and Georgio’s Pizza are still standing where the apartments will go up. Anthony Sandoval is a MSU senior studying broadcast journalism. Taking an interest in writing for film, Sandoval plans on moving to Los Angeles after graduation to follow his passion. He enjoys helping others, spending time with friends and family, and traveling to new places and new adventures. He has worked as a video production intern for Quicken Loans. Adobe CC enthusiast. Cheese eater. Dog person. Creative media creator.