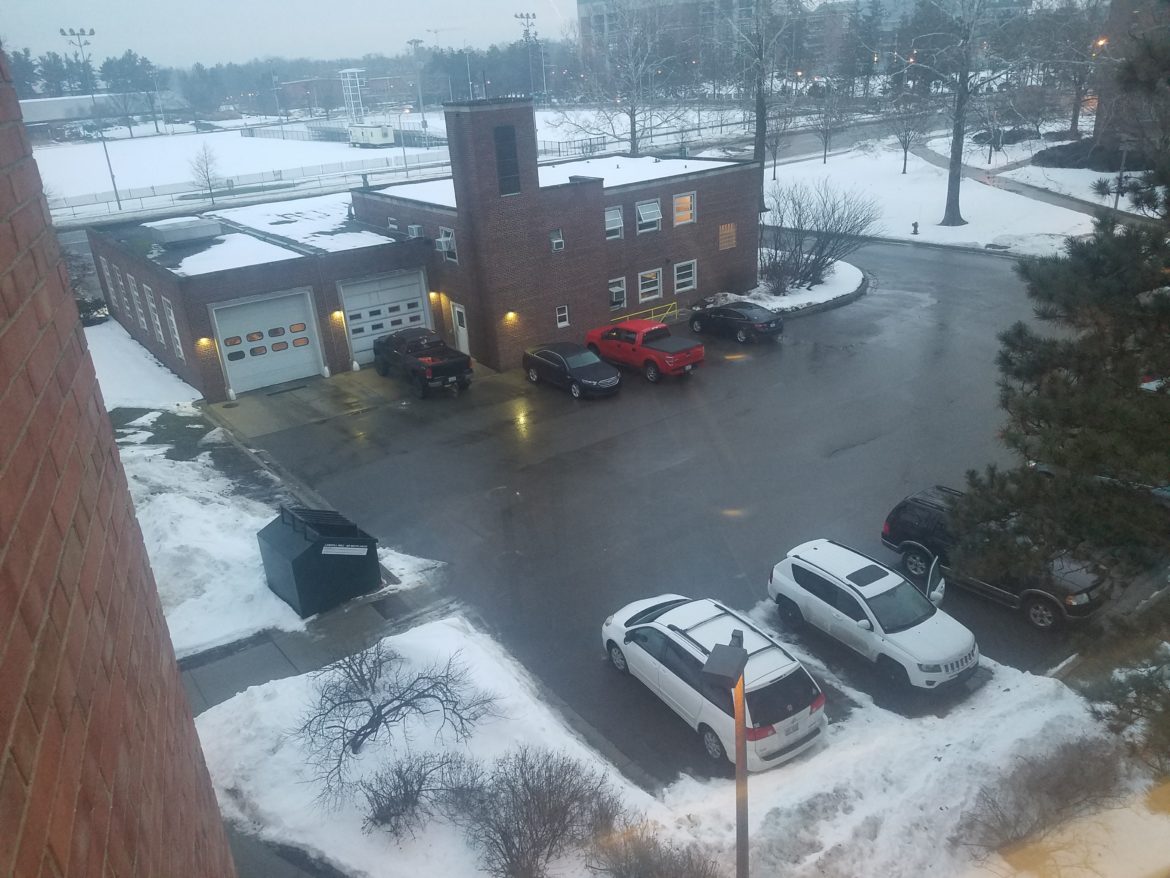 MASON — The 911 dispatch center for Ingham County is understaffed and is working to boost its ranks, but on the 50th anniversary of the first ever 911 call the center faces many challenges when hiring new employees.

Ingham County Controller Timothy Dolehanty says the shortage was, until recently, “significant” and “roughly 15 dispatch seats out of … 48 or 49 total” were empty.

Dolehanty says, “It’s a lot of overtime hours for some of our employees. Everybody, I think … every one of our dispatchers has had to work overtime because we have been short-staffed.”

The difficulties county administrators face while searching for dispatchers include of the stressful nature of the job, the year-long training process, a historically inadequate advertising system, and the shorter time individuals spend at jobs.

Working as an emergency dispatcher is stressful and often emotionally draining work in which interactions happen with people during very difficult circumstances. Lance Langdon, the director of the Ingham County dispatch center says the hardest part of the job is “when no matter what we do on our end … things don’t turn out well.”

Langdon says dispatchers could deal with someone who has called because another person had a heart attack and even after helping the caller through CPR the victim could still die.

Dr. Phillip Schertzing, an assistant professor of criminal justice at Michigan State University and a former state trooper and dispatcher, says the inability to influence the situation directly is very difficult.

Schertzing says, “For a police officer out on the road… it can be stressful, but you do get some tangible resolution … for the dispatchers … you’re not physically at the scene and that can be kind of agonizing.”

The training process is intended to find people who can handle stress appropriately says Dolehanty but some do not complete the training for reasons like being assigned to the “midnight shift” and new dispatchers often work 12-hour shifts with lots of down time in between peaks of activity.

Schertzing says during the down-time dispatchers “may just try to do busy work … and go from just busy work and quiet … to, all of the sudden, it is very, very intense.”

Dolehanty says he does not believe the recruitment of new applicants has been as aggressive in the past as it could have been, but he believes that is changing.

“Just recently we have had a contract with that changeable billboard on 496 at Cedar St.. It’s kind of startling when you see the 911 symbol come up and it says now hiring, but … things like that have really started to generate applications,” he says. The location of the billboard displaying the Ingham County Dispatch hiring message on Interstate 496 in Lansing. Map by Remington Sawade via Google Maps.

Dolehanty says, “We also rented that truck that goes around with the traveling billboard and when there are major events going on you might see it there and we’re getting hits on those things … and, again, those aren’t traditional areas where you would advertise for a 911 job.”

A huge number of applicants have shown interest since the beginning of 2018 says Dolehanty, and the dispatch center is now sorting through them.

He says, “we’ve become a little bit of a victim of our own success in recruiting in that we now have a problem of finding enough trainers to train the new hires without impacting our regular routine on the floor.”

Langdon says the dispatch field is a “profession and a career” due to the training time and commitment of working weekends, nights, and holidays. However, he says he sees relatively high turnover in employees because, “today in general people tend not to work at a place as a career. They tend to move around a little more, so that is actually something that makes it a little more difficult for us too.”

Lack of traditional pension and benefit systems are part of what Langdon believes is causing the quick transition from job to job.

“Everybody has moved away from the pensions … to the 401K … which are very portable and people can move from place to place,” Langdon said. “There is not as much reason to stay in a place and have a long career for that pension, I think that plays into it as well.”

Despite short staffing, no one says there have been major issues with running an effective dispatch center. Dolehanty says “[First responders] are more concerned that there is somebody at the other end of that microphone and so far we have been able to maintain that promise; that there would always be someone there.”

Lt. Derek Johnson of the East Lansing Fire Department says attitude and emotions are almost never an issue when dealing with emergency dispatchers. “Everybody is pretty professional… when you work in this field you kind of know how to suppress things and don’t let them come out to others on calls” Johnson says.

If you are interested in applying for a position as an emergency dispatcher, an online application can be found on the Ingham County Central Dispatch website.

Applicants must be at least 18 years of age, have at least a high school diploma or GED certificate, and pass a criminal background check.