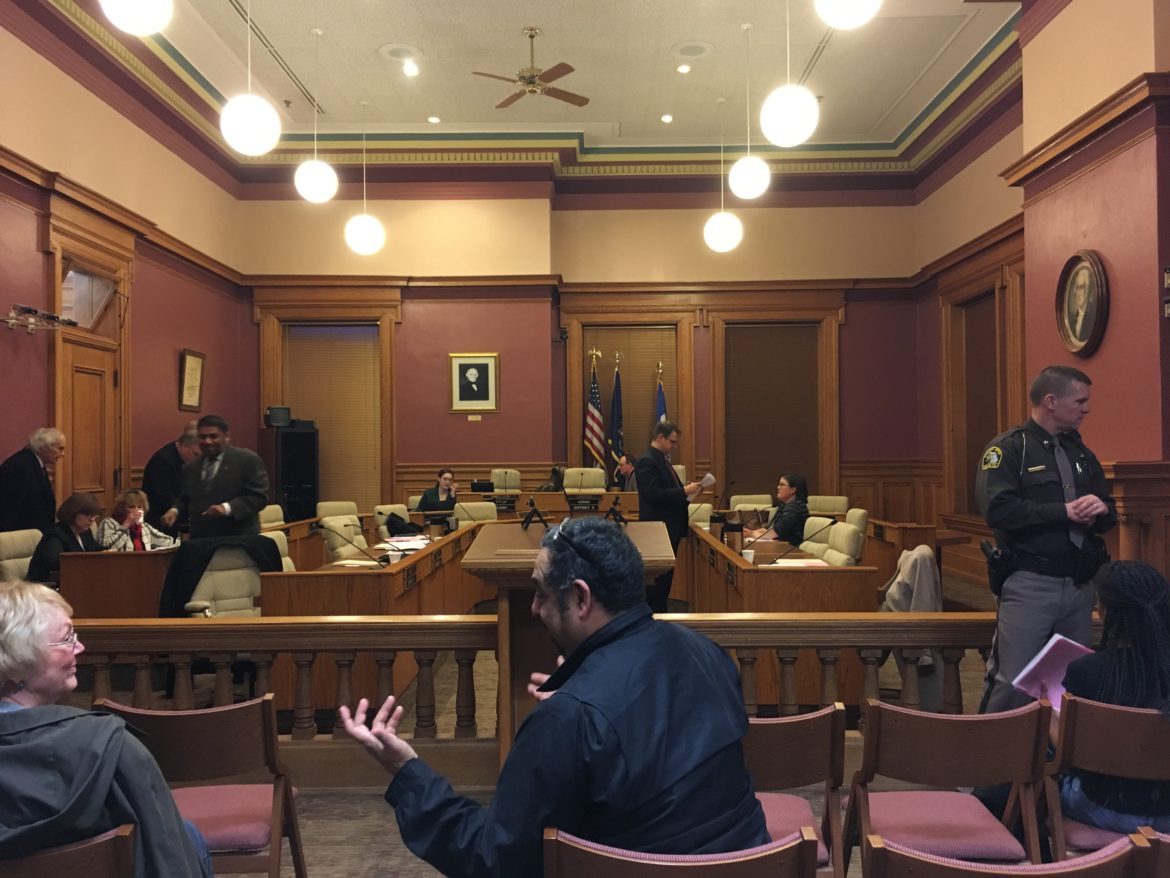 MASON — The newest member for the Ingham County Board of Commissioners was announced on Tuesday this week. Democrat Dennis Louney was the applicant voted in to serve district 10 for the county. Board of Commissioners meeting Feb. 15, 2018 at the Ingham County Courthouse in Mason.

Prior to Louney, district 10 used to be occupied by former commissioner Brian McGrain. His resignation came as a disappointment to board members, including Chairperson Carol Koenig who admitted that “[board members] are sad to lose him,” according to the Ingham County website. McGrain is leaving the board, but still staying local as he currently serves as the Director of Economic Development and Urban Planning for the city of Lansing.

Following McGrain’s resignation, the board was required by law to fill the vacancy within a 30-day period. According to the Ingham County website, the applicants were given until Jan. 22nd to send in their application. There were several qualified applicants that the board had to review.

McGrain brought lots of valuable experience with him to and from the table for the board of commissioners. His specialty is in economic development, hence his newly acquired position, and is the Associate Director and Chief Operating Officer of the Community Economic Association of Michigan, otherwise known as CEDAM. Commissioner Bryan Crenshaw acknowledged the loss the board faced, saying that McGrain was “very knowledgeable” and that losing him “lost ten years of experience.”

Fortunately for the board and Ingham County, operations were able to run smoothly during the transition period, as Crenshaw added that following McGrain’s mid-term resignation, things were still “business as usual.”

Crenshaw also expressed much confidence in the board’s decision to bring Louney in. Despite it being a very “difficult decision” due to the number of “qualified individuals,” he fully believes in the capabilities of Louney.

He even made a comment on it during the board meeting after the decision was finalized, citing his firm belief that Louney is a great fit, and that his experience working with him over the years has helped him shape that confidence.

Louney has a connected history to Ingham County, as he has been a longtime resident and active community member while living here.

Since Louney is taking over following McGrain’s mid-term resignation, he will be assigned to all the committees McGrain was on, however, he noted that could change at the end of the year. Louney pointed out that McGrain’s economic development knowledge is above his, but that his strengths are in infrastructure and asset management. One of his biggest priorities heading in as commissioner is solving the issue the county currently has with the deteriorating jail. Another priority for him is helping people and trying to get them to be active community members.

“One of my goals is to engage people and get involved,” Louney said referring to his availability for people to contact him should they need anything.