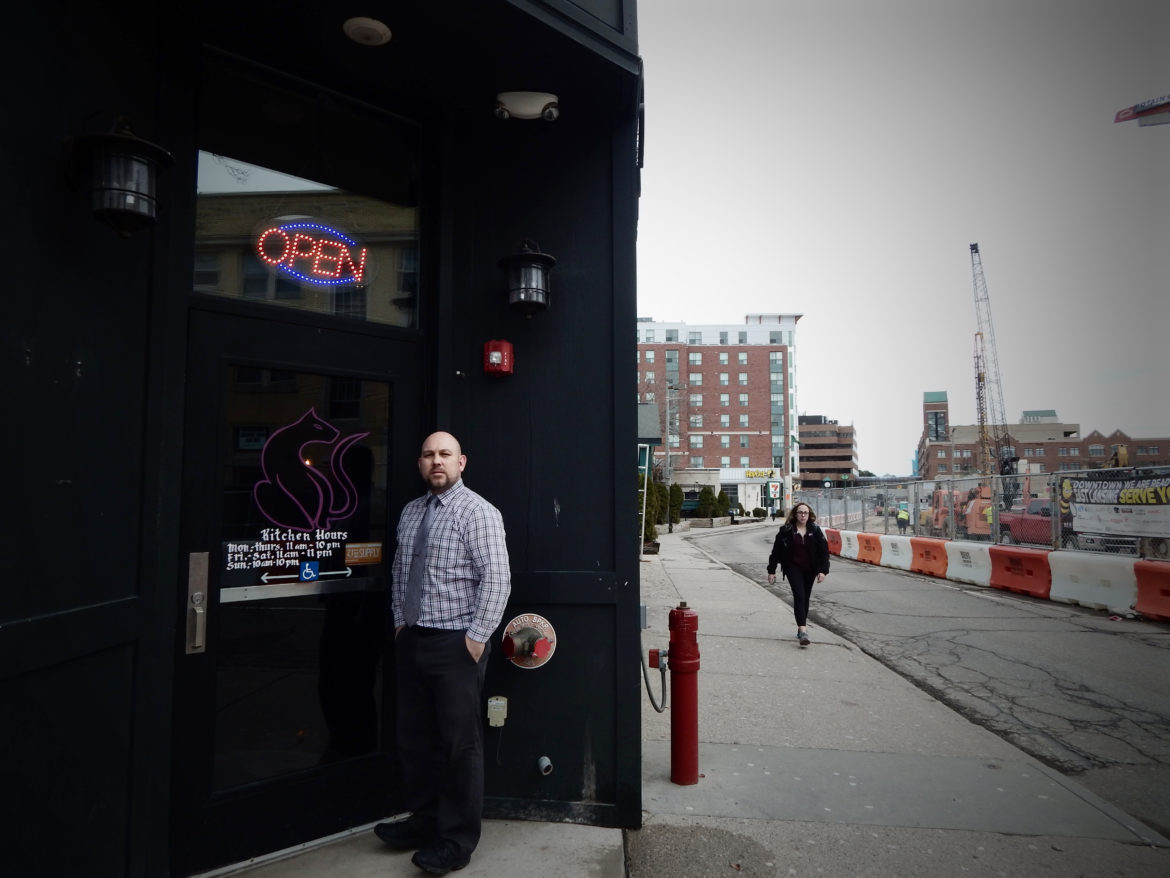 Restaurants in downtown East Lansing near Grand River Avenue rely on a fluctuating customer base ranging from local residents and students to out-of-town visitors. Fine-dining options in the area are consolidating élite and casual elements in order to capture a larger customer demographic.

Heather Pope, a community development analyst with the City of East Lansing, listed Bistro 43 and Black Cat Bistro as two fine-dining locations in downtown East Lansing that offer higher price points. According to Pope, many different factors go into whether a fine-dining restaurant settles and succeeds in a city. “Maybe the community would love to have more fine dining in the downtown,” said Pope. “But is there space to accommodate that type of restaurant? And what is the restaurant’s demographic, is that what they’re looking to do? Are we in their market of where they want to expand?”

Wayne Longcore and Marjorie Longcore, who have lived near East Lansing for over 20 years and eat out downtown once or twice a week say that East Lansing has a good variety of fine dining options considering the demographic mixture of the city.

“Most of the things here, in my opinion, cater to the students with the knowledge that they have a grown-up clientele as well,” said Wayne Longcore.

According to the U.S. Census Bureau, the median age in East Lansing is around 21. Roughly 40 percent of the population falls between the ages of 20 to 24, reflecting the large student community.

According to Marjorie Longcore, the limited income of many local university students is part of the reason that many restaurants offer a variety of price points. “I can’t focus on one demographic because that means that demographic needs to make me money year-round, and you can’t do that. So I try to involve everybody,” said Josh Martinez, general manager of Black Cat Bistro, a restaurant on Albert Ave. in the downtown area.

According to Pope, focusing on a single demographic can reduce business. Although Pope says that summer months bring an influx of customers because of school orientations and local festivals, not all local businesses maintain adequate clientele year-round.

“I’ve heard the restaurants say before that during the summer, if they’re truly geared toward the college student that they will see a change, that they won’t be as busy,” said Pope.

According to Martinez, Black Cat Bistro provides “a fine-dining experience with a casual feel to it.” The restaurant’s website promises “a sense of elegance, but in a fun, relaxing environment” and “a high-end menu at an affordable price.” These negotiations of casual and upscale aren’t always easy to bring into harmony.

Martinez says that Black Cat Bistro’s customer base includes grad students, professors, nearby residents, and visitors, but it is still trying to capture a larger student crowd.

“Hopefully, students will learn to not be scared of the perception of the look from the outside, like ‘This place is too fancy, I don’t fit here’,” said Martinez.

Alyssa Turcsak, who has lived in East Lansing for a little over a year, visited Black Cat Bistro for the first time on Feb. 18 and said that it felt “classier” compared to some of the other restaurants in the area. “I do think that a lot of the dining around town has a more casual feel,” said Turcsak. “I guess the stereotype might be that students want casual and fast.”

Despite the laid-back restaurant scene, Turcsak says that if a higher tier of restaurant were to come to East Lansing, it would likely find a sustainable customer base.

“People like that nice, fine-dining experience,” said Turcsak. “It’s always a good thing to have. I do think it would do well, but I can’t say for sure.”

According to Martinez, in order for fine-dining restaurants to flourish, students, residents, and visitors of East Lansing need to embrace each other and recognize their co-dependency.

“The residents say they love to have a place like this here,” said Martinez. “They love to have that option, which is great. But people need to stop looking at it as an option because options don’t stay. You need to have places that are here that you like and you need to go to them and support them.”