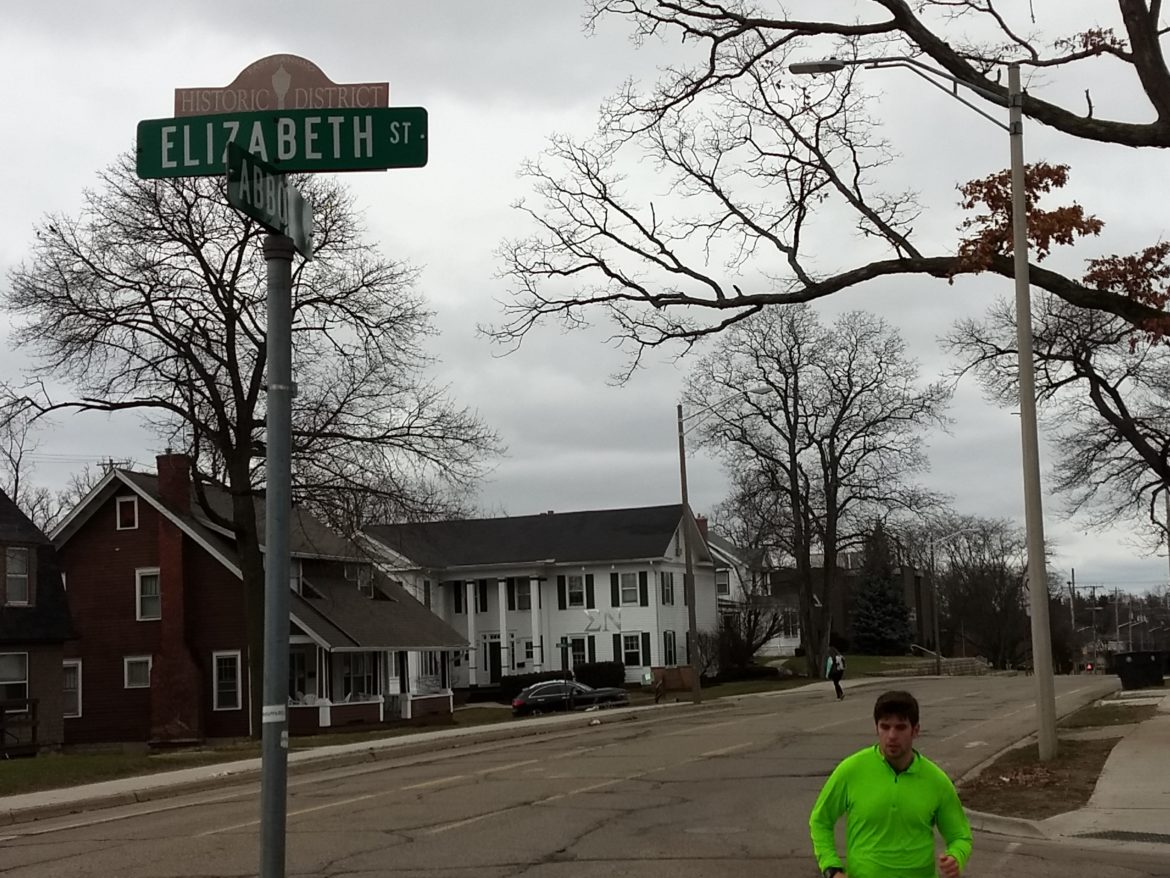 It’s no secret that families who share neighborhoods with students from a major university face unique circumstances.

In the city of East Lansing, permanent residents often find themselves living in close proximity with students who live lifestyles completely different from their own.

Naturally, some frustration among permanent residents regarding the more raucous lifestyle of college students is to be expected.

“If the partying didn’t go on as much as it does along M.A.C. (Avenue) I’m sure people would be very happy,” said Jim Levande, an East Lansing native. “After a big game weekend if you walk along M.A.C. you’re gonna find all kinds of empty beverage containers,” Levande said.

Despite these tendencies, many permanent residents are quite comfortable sharing neighborhoods with students.

Janet LePage, a current East Lansing resident and former Michigan State student said “I’ve always lived near the Beal Street neighborhood, so there have been students around, and they’re part of the community.”

“(Living in an area near students) is wonderful because I can’t believe that I’ve gone through all of it myself and it’s fun to just look at the vitality that young people bring in,” LePage said.

“I’ve never felt a deep personal frustration (from living around students). Having been a college student at Michigan State and having been here my whole life, I feel fortunate to have experienced the whole range,” LePage said.

“One thing is that students probably aren’t quite as aware of maintaining perimeter outlooks and things like that, so after a weekend their (yards might be) kind of a mess,” LePage said.

LePage affirmed that these short sighted tendencies don’t really frustrate her, “kids are kids,” she said.

As is the case in any college town, communication between neighbors is extremely important to ensure everybody is cognizant of each other’s needs and different lives. One person who serves as an extremely valuable resource to both students and permanent residents is Suchitra Webster. Webster works on staff at Michigan State University as community liaison, as well as working as a member of the International Town & Gown Association.

“I think one of the things that is most helpful is if there is a shared understanding and a mutual respect for the fact that there are people with different lifestyles,” Webster said.

“I think there’s a better recognition that students bring a better energy and vibrancy to town, and people are certainly appreciative of that,” Webster said.

According to Webster, one area that students could use some improvement would be communicating with their neighbors.

“If students take a minute to realize, and this isn’t always the case because we have students living in apartments or in areas that are particularly heavy with students and they’re not near permanent residents, but if (students) know that you’re going to be having some parties or doing things that might be a nuisance to your neighbors (it is important that students) reach out to your neighbors before something happens,” Webster said.

While there are some areas that Webster thinks students could improve as neighbors, she doesn’t believe that students from Michigan State are particularly problematic compared to other college towns.

“I do talk with a lot of my colleagues and counterparts (in International Town & Gown Association) at other institutions and I don’t think that East Lansing is very unusual in terms of a lot of the things that happen here,” Webster said.

Just as some realty companies in East Lansing specialize in student housing, others spend most of their time working with families in the area. Realtor David Ledebuhr of Musselman Realty is often tasked with helping families who plan to live in neighborhoods populated by students. “There’s always a consideration when a family moves to East Lansing they recognize that it’s a college town so they have to accept the social things that go along with students living in close proximity to you,” Ledebuhr said.

Ledebuhr also explained that the level of comfort with living near college students depends on the client.

“Every now and then (sharing a neighborhood with college students) will come up, some people are more receptive than others,” Ledebuhr said.