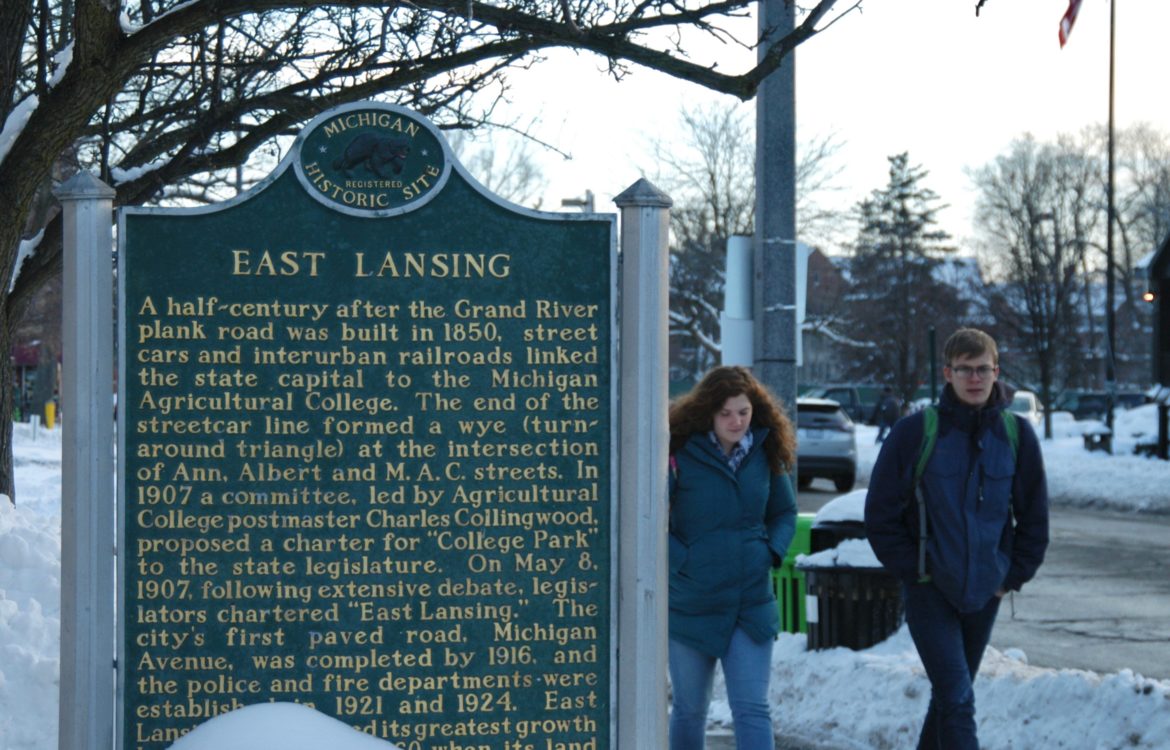 As Michigan State University continues to confront the effects of the Larry Nassar scandal, the surrounding community weighs in on whether the fallout could damage East Lansing’s reputation.

Michigan State University is experiencing faculty resignations, disciplinary action, and ongoing investigation in the wake of its association with a sexual abuse scandal involving over 250 victim reports nationally. For East Lansing, the home city of MSU, collateral damage is still being assessed.

“Obviously, people are thinking about the issue,” said Kathy Schaefer, a partner with Communications and Research, Inc., a public relations firm in East Lansing. “It’s in their minds. They may be surprised.” As a resident and business owner in East Lansing, Schaefer said she does not expect the Nassar scandal to permanently tarnish East Lansing’s image or prevent the city from prospering. According to Schaefer, East Lansing is in a period of vibrant renovation with local construction projects underway.

“I don’t think East Lansing has anything to worry about,” said Barbara Wenger, an East Lansing resident who worked at MSU for three decades before retiring in 2011.

Wenger said that if student recruitment sees a decline, East Lansing has the potential to suffer slight economic repercussions. Beyond that, Wenger said the scandal really concerns the public image of MSU rather than the image of the city.

“East Lansing really won’t be on the minds of people nationally for an extended period of time,” said Schaefer. “Months, but certainly not years.” Siri Rainone, a Visitor Information Specialist at the Greater Lansing Convention and Visitors Bureau, said she has not heard any concerns about the reputation of East Lansing being damaged following the Nassar scandal.

“We haven’t had many visitors,” said Rainone. “But I think it’s just because of the weather.”

Rainone, who has lived in East Lansing for the past six years, was located in Pennsylvania when the Pennsylvania State University scandal broke in 2011. Rainone witnessed the upset it caused the community and the resilience that pulled them through.

In the wake of the Nassar scandal, Schaefer says there is a potential for increased conversation and transparency in East Lansing. The community has seen rallies, protests, and board meetings that serve as platforms to further communication.

“The only positive is it brings out the awareness of sexual abuse,” said Carla Kerner, a business coach who grew up in East Lansing and now lives in Seattle, Washington. “That should never happen. It’s just unfortunate that it had to happen here.”

According to Kerner, MSU’s reputation has been dealt a “horrible” blow, but the overall impact on the city of East Lansing is uncertain. In the meantime, Kerner said she supports the East Lansing and MSU community and feels no shame or embarrassment about sporting green and white in public. Even if the reputation of the city of East Lansing is not on the line, residents say the city has been impacted by the overwhelming amount of coverage delivered in the past weeks.

“One or two days the front section had nothing in it except the obituaries and the weather,” said Wenger. “Everything else was Nassar-related.”

According to Wenger, some of the coverage has bordered on sensationalism.

“There’s always something that’s grabbing everyone’s attention,” said Schaefer. “That’s not to cloud the issue because clearly it’s right here right now, but everyone in the world gets this fire hose — we’re lambasted with news.”

Although the community does not express widespread concern about damage to the reputation of East Lansing, the extent and duration of fallout following the Nassar scandal might not be visible for some time. Meanwhile, the East Lansing Communications Department says its focus remains on those most directly affected.

“Our concerns lie with Nassar’s victims at this time, not with the public image of the City of East Lansing,” said George Lahanas, East Lansing City Manager, in an email statement. “We commend them for bravely coming forward with their stories and we hope that they find the support and strength they need to heal and move on from what they have endured.”