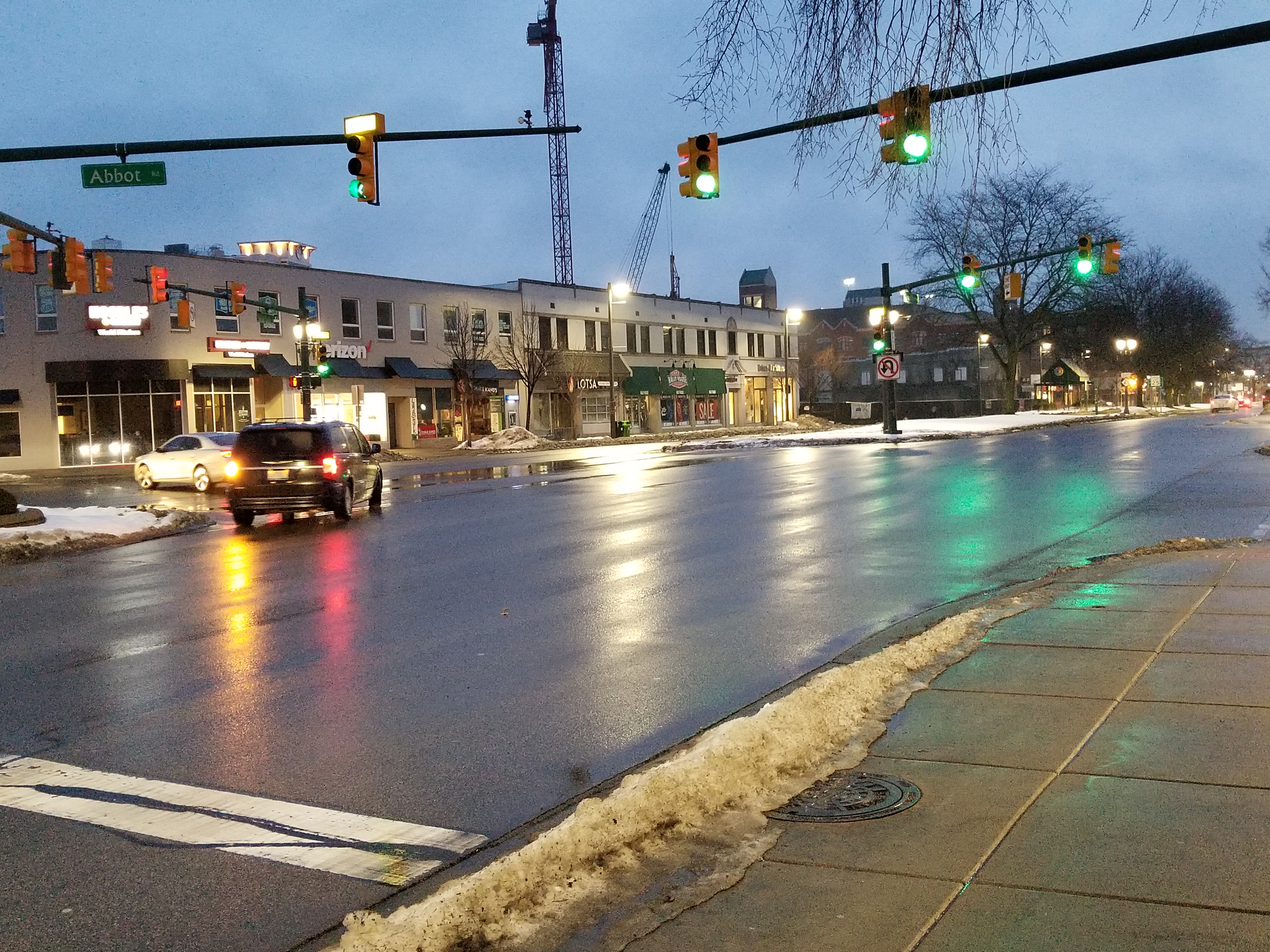 The corner of Abbot Road and Grand River Avenue.

Although the Larry Nassar situation might be detrimental for the reputation of Michigan State University, it does seem that the city surrounding the university will be able to survive from the repercussions. It does not seem that the incident will have a strong effect on the local economy.

“Honestly I can’t see a connection on that one. I’m not sure why there would be a connection there,” said Tim Dempsey the director of East Lansing’s Planning, Building & Development Department. “ I can’t imagine how. You know if I think about it in terms of myself the businesses that I go to and patronize, I’m not going to change my behavior in terms of the businesses I support and the places I shop at because of that situation. I don’t see the connection whatsoever, I can’t see the connection here.”

The Lansing Regional Chamber of Commerce, which is a local organization of business whose main goal is to further the interest of local businesses, did not care to comment on how the incident would affect East Lansing but were willing to give general comments about the economic standings of East Lansing.

“When you look at East Lansing, you clearly have to look at Michigan State University being a global driver of not only the economy of East Lansing but for our region as well,” said Tim Daman, CEO and President of Lansing Regional Chamber of Commerce. “We’ve got a strong anchor there with some insurance and financial services sector and a significant amount of small businesses that makes up that East Lansing base economy.”

Dempsey went on to give his professional opinion: “Maybe other people will view it differently but from my professional opinion having worked in economics and development over 20 years,” said Dempsey. “The things that impact small businesses are, the overall economy, whether people have jobs and are employed, you know if a recession is going on, you know the stock market, all sorts of things can impact small businesses but I don’t see that particular issue impacting small businesses. I guess that’s where my viewpoint is on that.”

After talking with some small business owners and employees people don’t seem to see a real connection with Nassar and the economy of East Lansing. But one idea did became apparent: “Without the students this town wouldn’t exist,” said Jeff Cooper, a barber at Campus Barbers Inc.

This town to a point has formed around Michigan State. If the university were not here the town and businesses located here would be different.

“Well I think there certainly would be the businesses there in that core of East Lansing along the Grand River Corridor,” said Daman.  “I would certainly say there are a number of those businesses that are certainly dependent on the student population, absolutely without question.” Even if the student population were to decrease because of the incident all of East Lansing would not be lost.

“I don’t know that there wouldn’t be a downtown,” said Mark Meadows Mayor of East Lansing. “I think there would be a potentially different kind of businesses downtown. Businesses that are located there are catering to the foot traffic that they receive.”

The Chamber of Commerce has members who are strong advocates for some major projects being worked on in East Lansing, given that they say that the city’s economy is growing.

“I think when you look at the economic growth in what you’re seeing right now with the $180 million Center City Project is really a transformational project for not only East Lansing but for our region,” said Daman. “I know for the Chamber we’ve been very strong advocates for the Michigan Avenue Corridor and how we continue to connect the capital to campus. When you have anchor employers such as state government, health care with Sparrow and then higher education.”

Daman believes that these projects are a sign that East Lansing’s economy will continue to grow without tethering to events that could lead to fluctuation.

“What are we doing to continue to reinvest in that infrastructure?” said Daman. “So to see this Center City Project happening there on Grand River Avenue to kind of continue that economic growth of the corridor strip is particularly important.”