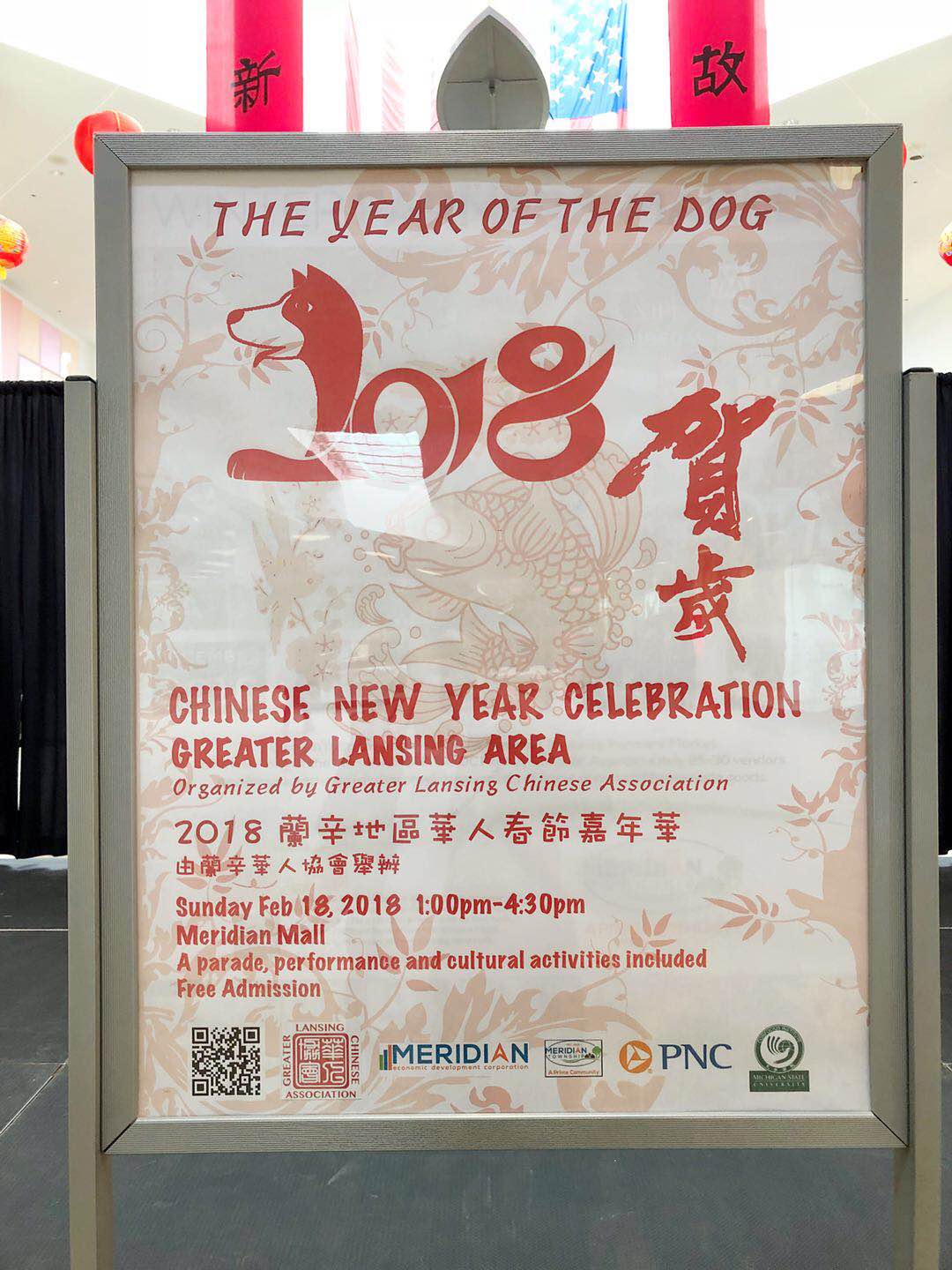 OKEMOS — More and more foreigners go to various countries to settle and travel now. There are a lot of people from other regions or countries in Ingham County, including international students, visiting scholars and tourists from China.

Over time, the number of local Chinese has increased. According to the Census Reporter, Ingham County had 288,051 people. Among them, Asians made up 6.6 percent. And the 2012-2016 American Community Survey showed that between 2012 and 2016, the Chinese registered an estimated 5,500 people living in Ingham County.

“I have lived in Ingham County for five years, and I can feel that there are more Chinese in Ingham County,” said a local resident who called himself Mr. Xiao “I think MSU’s enrollment plan cause this. MSU has more international students every year.”

For the Chinese people, Spring Festival is the most important festival, but the Spring Festival is not a legal holiday in the United States. On February 18, Meridian Mall in Okemos held a Chinese New Year Celebration. There were a lot of people together to take part in the gala.

Julie Jiang is The Greater Lansing Chinese Association’s president. She said it was the sixth time for the Spring Festival Gala. And she also said, “The Spring Festival in Ingham County is not interesting. So, we hold this activity for the local Chinese and some Americans who are interested in Chinese culture. We want to provide some festive atmosphere.” People have many reasons to choose to live in Ingham County. For example, family reasons, a desire to study, or do business. Xiao‘s children are studying in MSU, so he chose this place.

At the same time, he said, “people in Ingham County are better than others. I used to live in Utah and Washington, and I like the life of Ingham County more. Lansing’s Chinese supermarket and restaurant is very good. They are much better than some other cities.”

Living in a new place, people always face various difficulties, especially the different cultures of the United States. Han Wong, an actor of the gala, said, “About challenge, sometimes I want to buy some musical instruments and clothes. I still need to make a reservation from China. This may be the only challenge I face.”