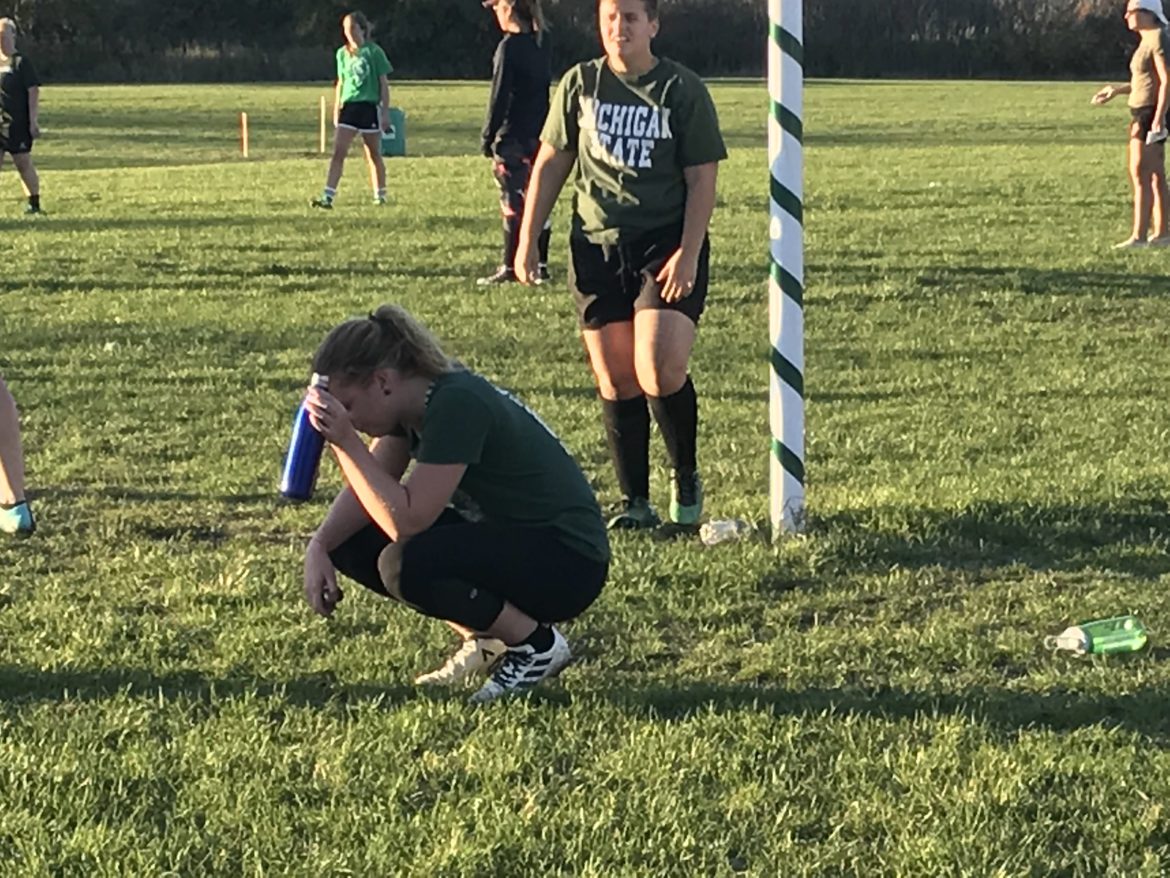 Energy and sports drink makers sold more than $25 billion of their products in 2016, thanks in part to strong sales among millennial men and women, according to market research firm Packaged Facts.

But health experts say water may be a better choice in many situations — even for some athletes, who are the base market for sports drinks.

“I usually do not support sports drinks outside of practice times or competition times,” said Drew Coker, Michigan State University’s head sports performance specialist. “Sports drinks have been formulated in order to hydrate and fuel an athlete during trainings, so anything outside of that is sort of like a person is almost drinking sugar water.

“Hydration is standard for the body at all levels of athleticism to succeed, and water is something that is constantly needed to compete at one’s full potential.”

Rhashad Hicks Jr. a point guard and shooting guard for Renaissance High School’s men’s basketball team, said he prefers sports drinks because they “not only have the quickness of replenishing energy but it is also accompanied by a favored flavor.”

“They help speed up the process in replenishing the necessary electrolytes needed to function properly,” he said.

But Branndais Agee, a shooting guard for the MSU women’s basketball team, said she turns first to water. She said she used to consume sports drinks frequently.

“Now I feel that it’s just way too much sugar in them,” Agee said. “I tried diluting it but still cannot drink it.”

She said she had to change much of her diet when she came to college.

“Before I came to MSU I could eat any and everything and play/feel great but as I got older the food I was putting in my body made me feel drained and less capable to perform successfully,” Agee said. “I changed my diet after I saw what I was eating wasn’t working for my body anymore, I was becoming sluggish and couldn’t perform at 100 percent.”

Coker, the performance specialist, said diet is just as important as hydration.

“Nutrition plays a very large role in an athlete’s performance,” Coker said. “To ensure an athlete is taking care of their bodies to perform at a high level and be successful in their sport, athletes need to consume sports drinks while active along with water, eat enough, and eat throughout the right times of the day.”