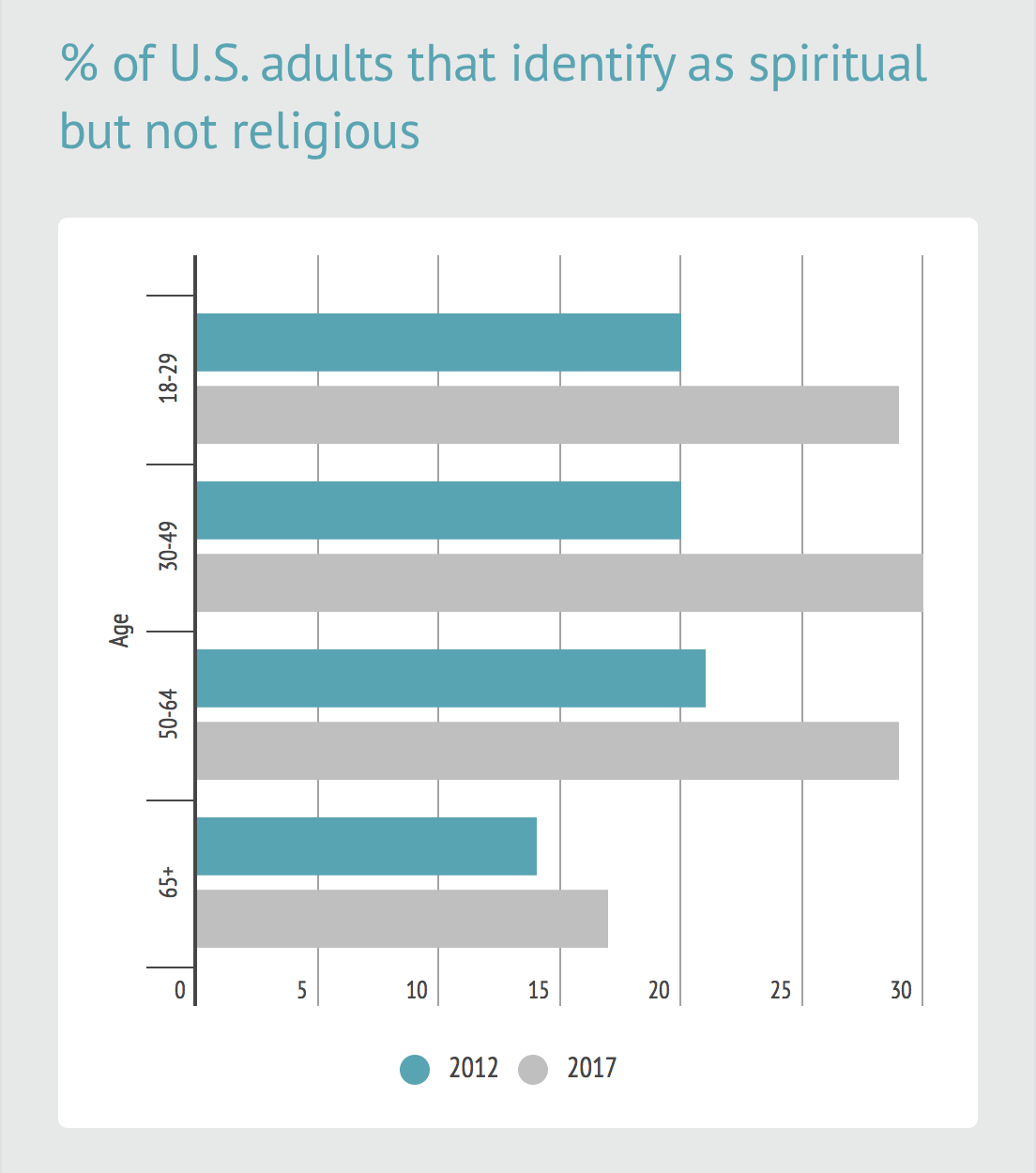 Increase of U.S. adults that identify as spiritual but not religious

Naledi Makhene had attended church a handful of times. She was familiar with a few verses in the Bible, though she rarely opened one. She prayed occasionally and believed in a higher power, though she didn’t know whether or not to reference it as “God.” When asked, she’d deny ever identifying as religious, but she had adopted the term “spiritual.”

According to a recent study published by the Pew Research Center, more than 27 percent of adults now identify as spiritual. This is an 8 percent increase over the past five years. The study, which occurred over the course of three months, surveyed all races, genders and ages, showing that the growth has been broad-based. In East Lansing, locals like Michigan State University Alumna Makhene believe the rise of spirituality is a nod to independence.

“With spirituality, for me personally, I like that it’s something that I can do on my own,” Makhene said. “I’ve gone through a lot of self-discovery, and I’ve realized that sometimes other people can too heavily influence how you live your life, so it’s better that I figure these things out on my own.”

For Makhene, identifying as spiritual was a way to combat her qualms about organized religion. As an adolescent, she had often felt uneasy about attending church because of the rules.

“I’ve felt pressured into going by the traditions within religion,” Makhene said.

Makhene began exploring spirituality during her college career, a time long speculated to be instrumental in shaping students’ religious views. The idea that colleges encourage a betrayal of religion was highly publicized in October when Donald Trump Jr. condemned public universities for teaching young adults to “hate their religion” during an annual fundraising gala for Faulkner University.

“I think it’s a general trend in America in which there’s people that are pushing away from the institutions of religion,” Shipley said. “Yet, at the same time, they are finding new avenues to still be spiritual, whether that’s adopting yoga or maybe still claiming to be a Christian or a Jew or Muslim, but not having to go to synagogue or a church or a mosque.”

According to Shipley, students equipped with newfound independence and perspectives begin questioning beliefs they held as adolescents. Still, college is not solely responsible for religion’s decline.

“College turns into a space in which people are exposed to new ideas for the first time,” Shipley said. “They’re exposed to new cultures, new ethnicities, new religions — all that seems to produce a sense that that’s why people stop being religious. I don’t necessarily think that that’s the correlation.”

MSU Senior Savannah Guinyard held on to her Christian beliefs throughout college, though she understood why spirituality could be appealing.

“I think some people just don’t like how religion can be organized,” Guinyard said. “Some people can’t wrap their head around serving one God and the rules that come with it. I guess spirituality is a little less binding, but it’s still believing in something.”