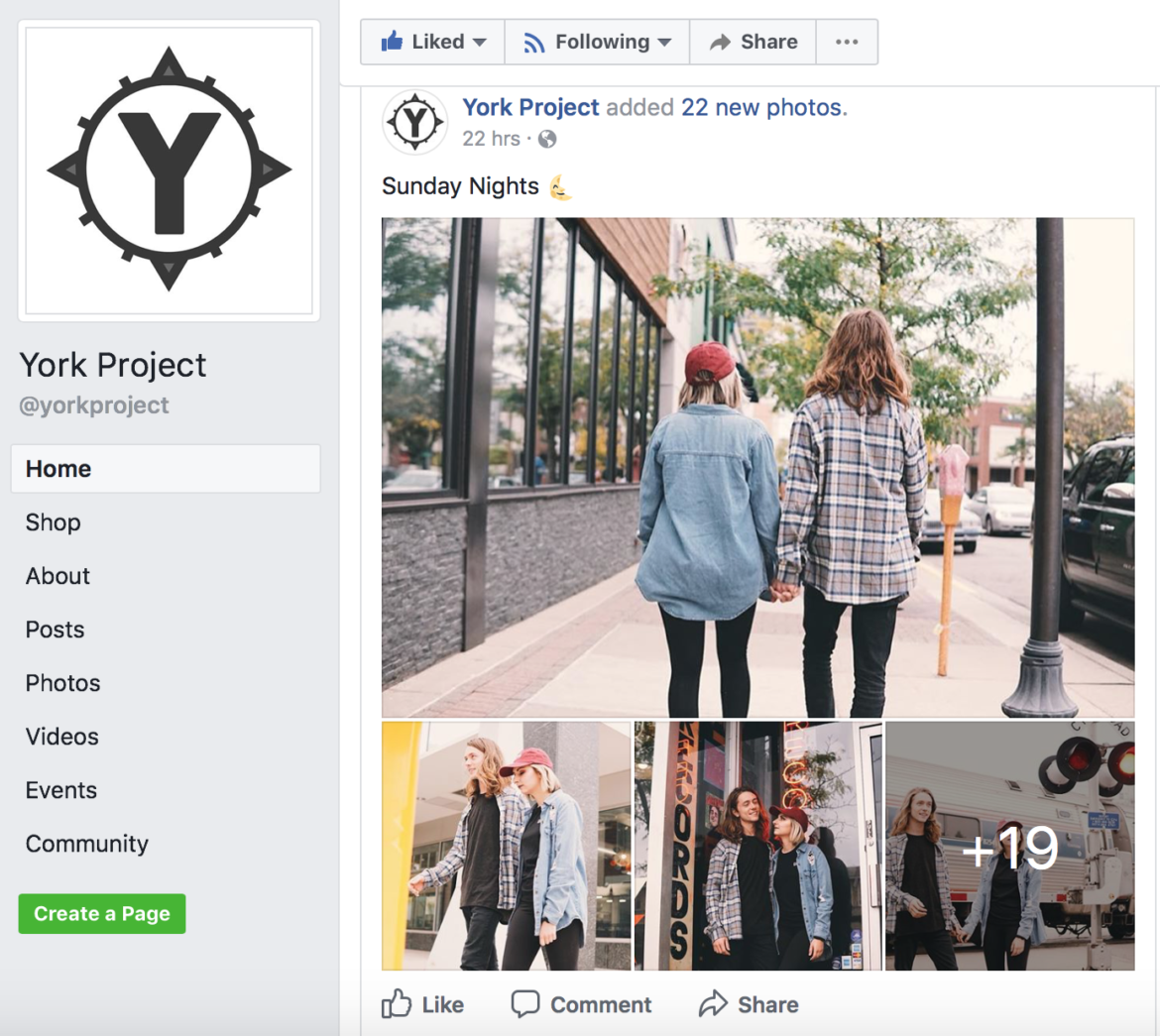 York Project uses social media to target specific demographics for their clothing lines. The company also posts hip and trendy photos to appeal to their customers.

Think about how many times you go Facebook a day. It happens so frequently that sometimes we don’t even realize we log on or click on the app.

“Let’s face it. When we wake up, the first thing we usually do is check our Facebook,” said Jomer B. Gregorio, who runs a startup digital marketing business and is a professional Internet marketer in the Philippines. “No matter who you are or what you do, social media is a part of your life whether you realize it or not.”

That fundamental change to people’s routines is driving big changes in how companies market themselves to consumers.

Digital technologies — and the massive amount of data social media services and websites collect about their users — now allow companies to target potential customers based on their demographics, including location, income, age and occupation. Social media sites, such as Facebook, even know a person’s likes, interests, behaviors and patterns. There are campaigns and programs that use this data to market toward specific consumers.

“Social media will grow more and more comparable to the growth of search engines such as Google or Yahoo,” Gregorio said. “Social media in 2017 is already a force to be reckoned with for any business who wants to reach targeted audience using cost-effective tactics.”

And Facebook knows a lot about those users: hobbies, interests, location, family and more. That data allows advertisers to target specific groups rather than relying on mass marketing through more traditional advertising venues like newspapers or television.

“Since the advent of TV and radio, the market has always been to large groups of uninterested people,” Karwowski said. “Social media is a paradigm shift for the customer.

“What people don’t realize is if you take all the major networks — FOX, CBS, NBC and ABC — Facebook has a better reach and is more important and personal than all the TV networks combined,” Karwowski said.

Will Taylor is a co-founder of the York Project, a company that sells clothing. For each item bought, it donates living essentials to homeless men and women in the United States. Taylor and co-founder Josh York use social media to advertise to customers.

“Our point of view on social media (is) that it is a great way for brands to humanize itself and connect with an audience, while also staying on top of mind with consumers,” Taylor said. “We tailored our content to the platform we were posting on, such as videos on Facebook and lifestyle photography on Instagram, and built a voice for the brand that was consistent.”

Taylor said in addition to organic social media posts, he spends a lot of time and money working with social advertising to build ads to target users in their sales funnel.

“As an e-commerce brand, essentially all of our sales come online. By using social media, we (are) able to drive users straight from a piece of content to a product page.”

Or, as Taylor put it: “Utilizing social media is the only way to survive in a digital marketplace.”

“Many brands still spend most of their money on traditional forms for advertising,” Taylor said. “It is my opinion that those will be the brands that fail to compete over the next decade.”

Kelsey Clements is a Journalism major with concentration in electronic news and a Sales Leadership minor at Michigan State University. She aspires to work in digital marketing and media sales. She has worked as a sales intern at FOX 2 and Gannett.