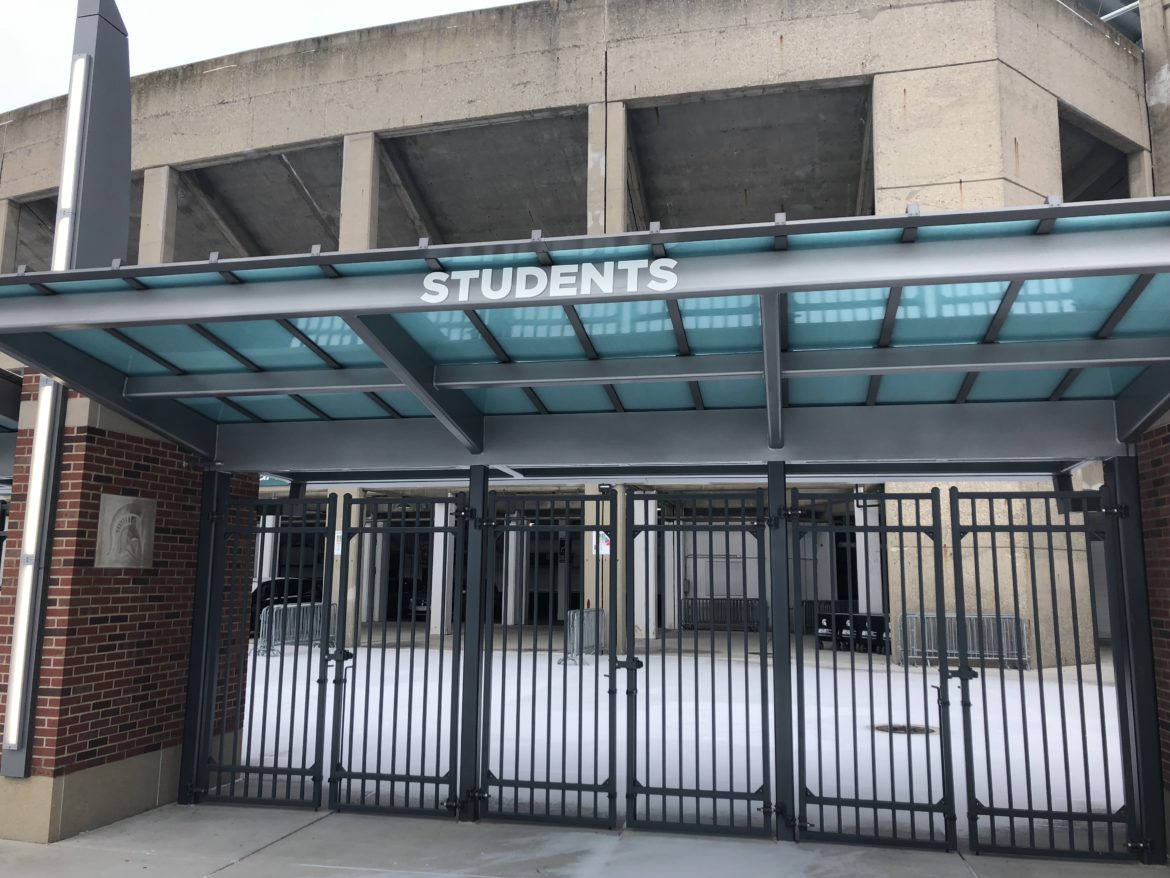 This is the south side of Spartan Stadium, where the MSU students line up and enter.

Michigan State hosted Maryland on Nov. 18 in football. It was rainy and 45 degrees. Something that stood out to fans in Spartan Stadium was the student section or lack of one.

This isn’t the first time the bleachers have seemed empty in the stadium’s southwest corner, which is reserved for student tickets. In 2014, Athletic Director Mark Hollis and head coach Mark Dantonio called out the student section for leaving the game early against Nebraska. Temperatures during that game were in the lower 40s.

I spoke with many students & they share my disappointment and embarrassment of the support coming from the southeast corner on Saturday.

We will work together to build a student section that enhances our teams ability to win championships. From kickoff to the end of the game.

“Sometimes the perception is students are attending at fewer rates, but that is not always the case,” said Paul Schager, executive associate athletic director at MSU.

“I think attendance was really good during the first half of all the games, but after halftime, a lot of students were tired and the student section thinned out,” said Katie Montroy, a freshman at MSU.

After the student section was called out in 2014, Hollis and Dantonio vowed to make whatever changes necessary to increase attendance and have students stay the whole game. Some of those changes have been implemented.

“We made it a lot easier for students to sit with non-students in the student section for games,” Schager said. “We also made it easier to transfer (tickets) to other students. So this will increase the show rate among students.”

However, students like Dalton Pecar want to see more changes.

“I want them to make it easier for students to sit wherever and have no color code,” Pecar said. “And I want them to sell alcohol to age 21 and older students. That would definitely help.”

One idea to have students come out would be to give them an incentive, something that doesn’t currently happen.

“I think free food would be a good idea to get students out because college kids love free food,” Montroy said.

There are always going to be students who purchase tickets but never attend a game.

“That’s usually because they are not the ones driving the purchase,” Schager said. “It might be a parent saying, ‘Hey you should be going to football games. We will buy you a season ticket.’ But since they are not a football fan or their friends don’t want to go, or something else, they don’t attend at all.”

On average, the freshman class takes up most of the student section at about 30 percent.

About 20 percent of students attend every game, according to the athletic department. Another 20 percent only attend once or never at all.

“The people in the middle that can skew to positive or negative is where most of our efforts are,” Schager said. “That’s why we have tried to be more flexible with non-students being able to sit in the student section, or tickets being easily transferable.”

Another reason for a possible lack of purchases or attendance is because of schedule. This year, MSU played Notre Dame and Penn State at home, arguably the two most high-profile games. But those may not be the games fans want to see.

“Then year to year, you get different results because we have Michigan-Ohio State next year,” Schager said.