How well do you know Michigan’s Hammering Panda?
Take our quiz

University of Michigan tight end Khalid Hill found his love for sports growing up in Highland Park, a suburb of Detroit. Hill began his athletic career playing basketball and baseball, but his mother is the real reason he turned his eyes to football.

“My mom knew some people in Highland Park who had a football team at the local high school and told her to bring my brother and myself up there when we were 10 years old,” Hill said. “I got a feel for football. I liked it. I had fun with it, and from there we just kept going with it and I’ve been playing it ever since.”

Hill said even though he liked football, he still played basketball until his sophomore year while he attended Crockett High School. He finished his high school career playing football.

Growing up in Highland Park was not easy for Hill, but he said his mom, brother and sports kept him focused.

“My mom had a saying that she raised my brother and I by,” Hill said. “She would say, ‘If you don’t have a scholarship to a college by the age of 18, you’re getting kicked out my house.’ So, that was our motivation to make sure we did good in school and in sports.” 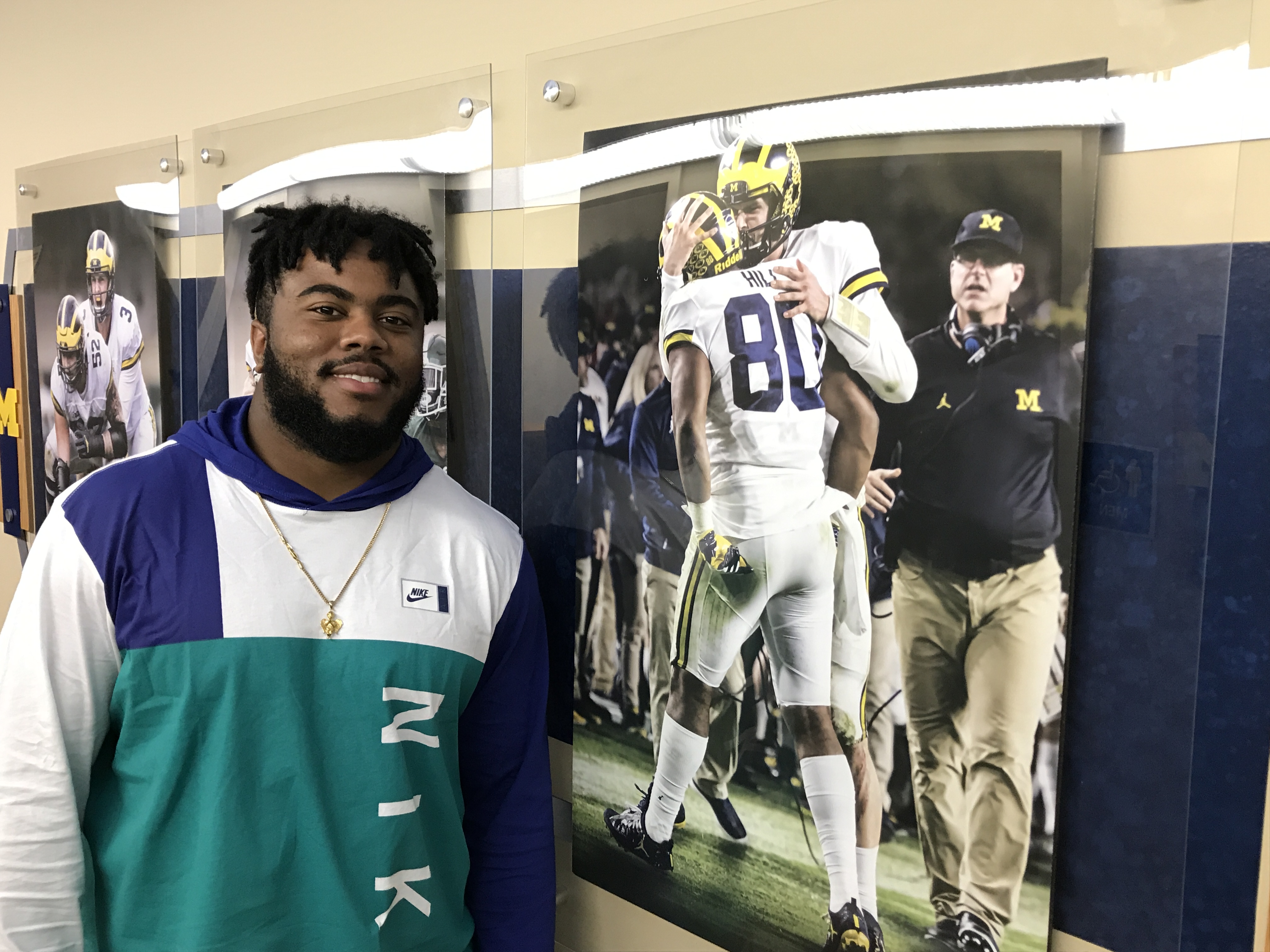 University of Michigan tight end Khalid Hill says he's focused on his academics while he pursues his collegiate football career. 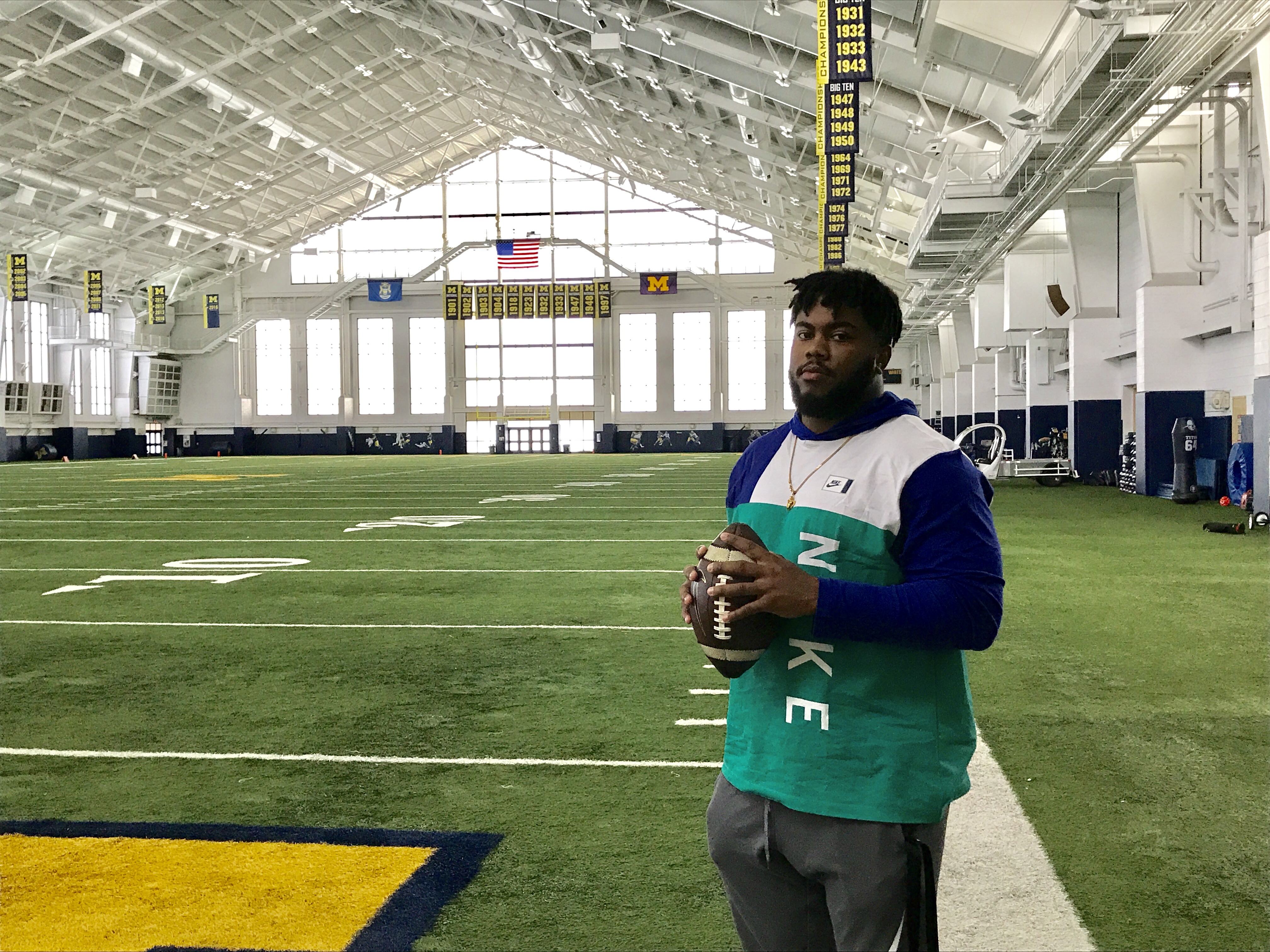 Tight end Khalid Hill turned his time playing football in Crockett High School into a spot on the University of Michigan football team.

After being accepted to Michigan, Hill stayed focused on his mother’s words: “don’t just be another athlete.” He worked on his academics as well as football.

“I’m a general studies major. I started off with computer studies and information, but it was a rigorous course that I was not ready for,” Hill said. “General studies allows me to learn different fields. I can study computer science, sociology, African-American studies and make it all into my own customized major.”

Khalil Hill, Khalid’s brother, said that he is proud of how far his brother has come and believes there is more in store for him in football.

“It was always fun playing with my brother because we always pushed each other to be better,” Khalil Hill said. “There were days where we would just go in our backyard and practice to put in extra work

“I can see him in the National Football League, and I can see myself being part of his training staff.”

Khalid Hill is slated to graduate in December. He hopes to be drafted by the NFL in 2018.

“Once I graduate, I plan on picking somewhere to train, get ready for the combine and go from there,” Hill said. “I’m a hometown kid. I’ve always liked the Lions and been a fan of the Lions, but if any other team wanted me, I would consider them and weigh my options.”