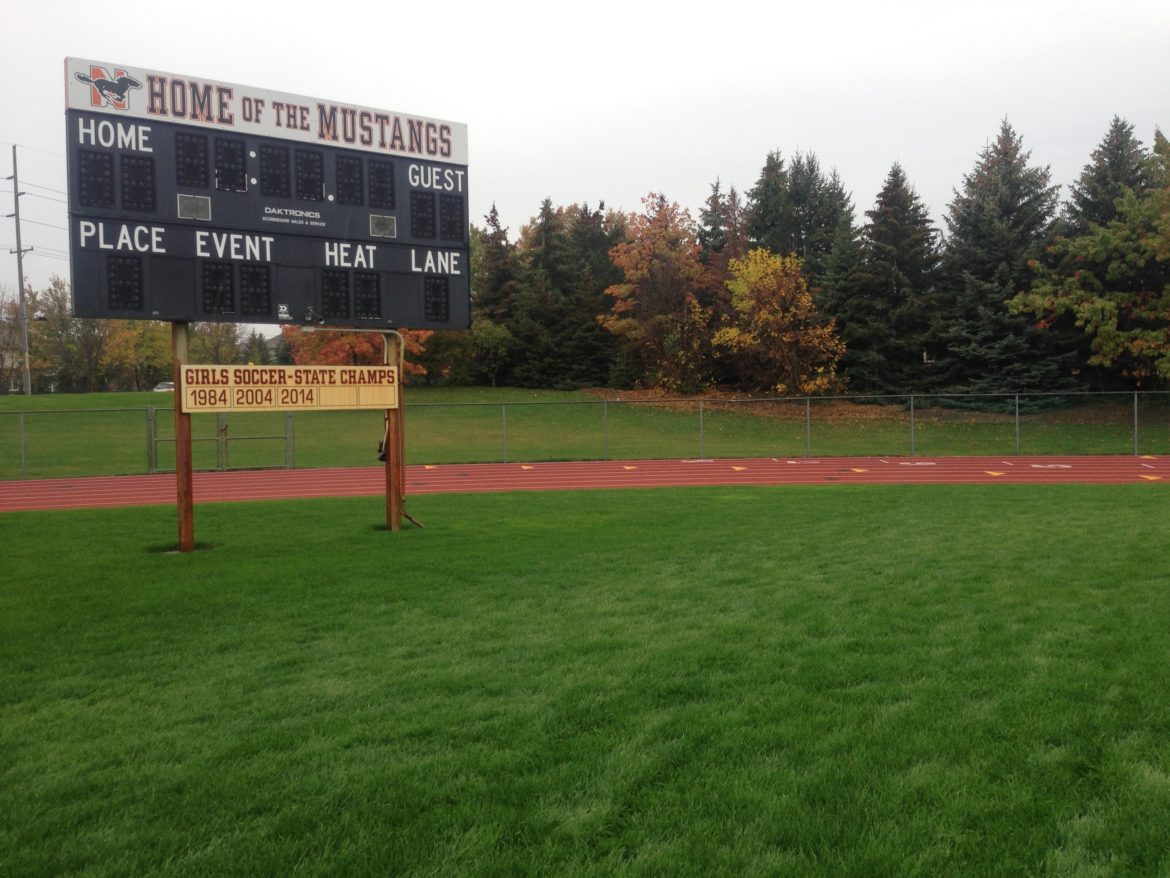 The Michigan State University women’s and men’s soccer teams recruit players from all over the state and country. But MSU found its women’s and mens’ soccer captains at the same southeast Michigan high school.

Seniors Jamie Cheslik and Jimmy Fiscus both played at Northville High School for four seasons. Now, the two ex-Mustangs are leaders and captains of their respective teams.

“Northville, it’s generational,” Northville women’s soccer head coach Eric Brucker said. “I’ve got three or four girls that have been through the program and played on at MSU. It’s a blessing to be a part of it. We’ve bred a tradition of winning and it’s expected from the community, parents, players and from the coaches.”

That tradition of excellence is a trait Cheslik inherited during her senior season at Northville when her team won the 2014 state championship.

“I’m so competitive. I’ve learned to push through games even if we’re down in the last couple minutes,” Cheslik said. “That championship mentality has stuck with me that I built at Northville.”

The winning attitude Cheslick carries was passed down from the many coaches she had growing up in the community.

“The area is very talented with a lot of great clubs,” Brucker said. “It’s been a privilege to coach Jamie and see the success so many Northville players have had that went on to play at MSU.” Senior defenseman Jimmy Fiscus, who is viewed as a leader on the back line defense of the MSU men’s team, is another of those former Northville players.

“Jamie is one of my friends up here. Any time our team is not playing, I try to get out and watch her,” Fiscus said. “It’s special to see how far we’ve both come here.”

Gjonaj was a defenseman who played two seasons with Cheslik.

“Alex (Gjonaj) played a major role in recruiting me,” Cheslik said. “My first two seasons I played with her. She taught me to be a leader. I learned so much from watching her.”

The chemistry and tradition of excellence formed between Northville and Michigan State soccer is a tight bond, and one that many players like Cheslik believe got them to their success.

“I felt pressure to perform when I first got here, coming from that winning tradition,” Cheslik said. “Northville definitely readied me for my first year and all that has come since.”