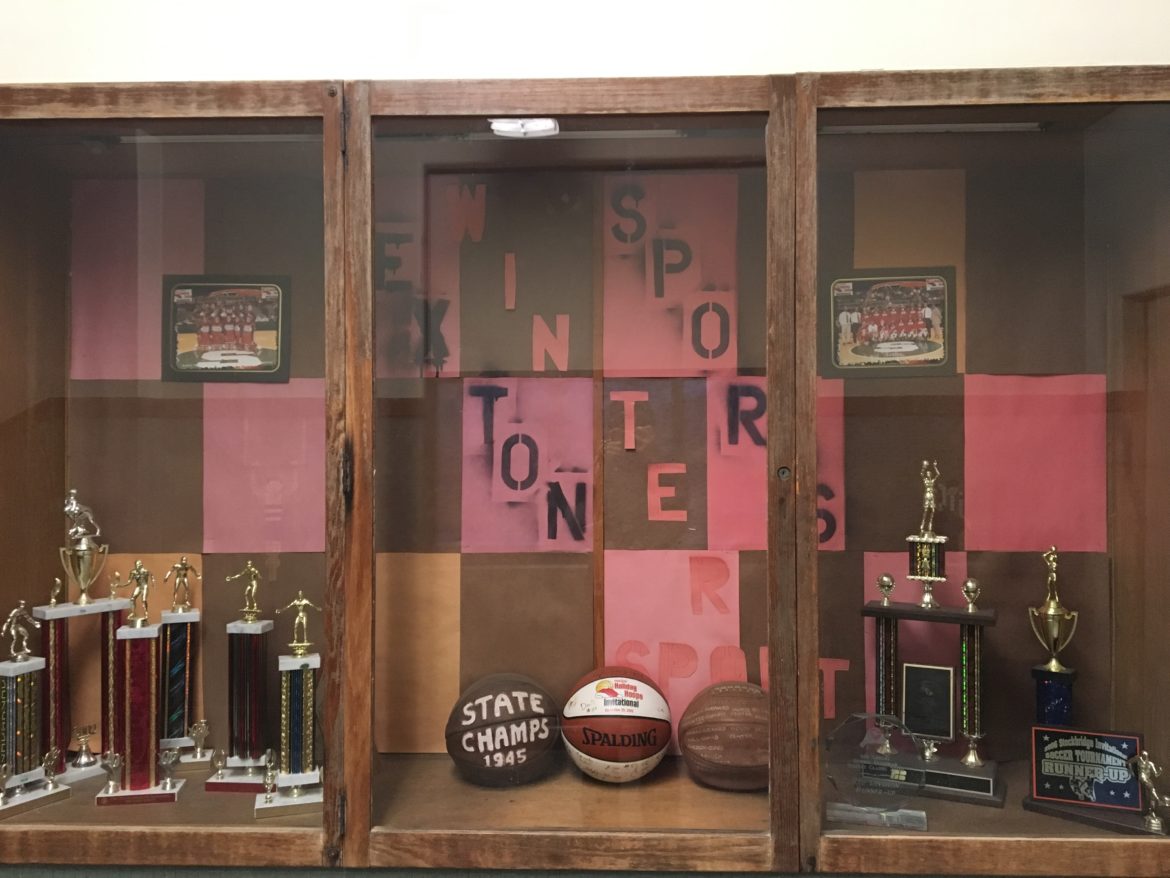 For Ziarrea Rogers and many the kids in her neighborhood, sports are a priority.

Ziarrea, a senior at J.W. Sexton High School in Lansing has played sports since age 7. She’s on the track and field team now.

“Personally for us, if you don’t play sports, it’s like your only way out,” she said. “So, our parents push us to play sports so you can go to college, stay out of trouble — and the mentorship is good because is helps you keep your grades up. Your coaches push you to do better and you make better connections.”

Participation in nonathletic extracurricular activities, such as art guilds and STEM clubs, has been declining for decades for high school students in low socioeconomic backgrounds, according to a study done in 2014 by Kaisa Snellman, Jennifer M. Silva, Carl B. Frederick, and Robert D. Putnam.

Ziarrea said many of her friends would rather focus on athletics than extracurricular academic activities like math or science clubs because “they don’t have the grades, or they’re not into that stuff.”

Mentorship seems to be one of the driving forces behind kids in urban areas being drawn to sports.

“It’s more of a team effort,” said Ratavian Rinkines, a senior and duel athlete at Sexton. “It’s not only the coaches, but it’s also the teammates around us. It’s definitely important to me, because, I know a lot of these kids, they don’t have like a sense of family around them. So, just with them being on this team, they can feel a sense of belonging somewhere.” 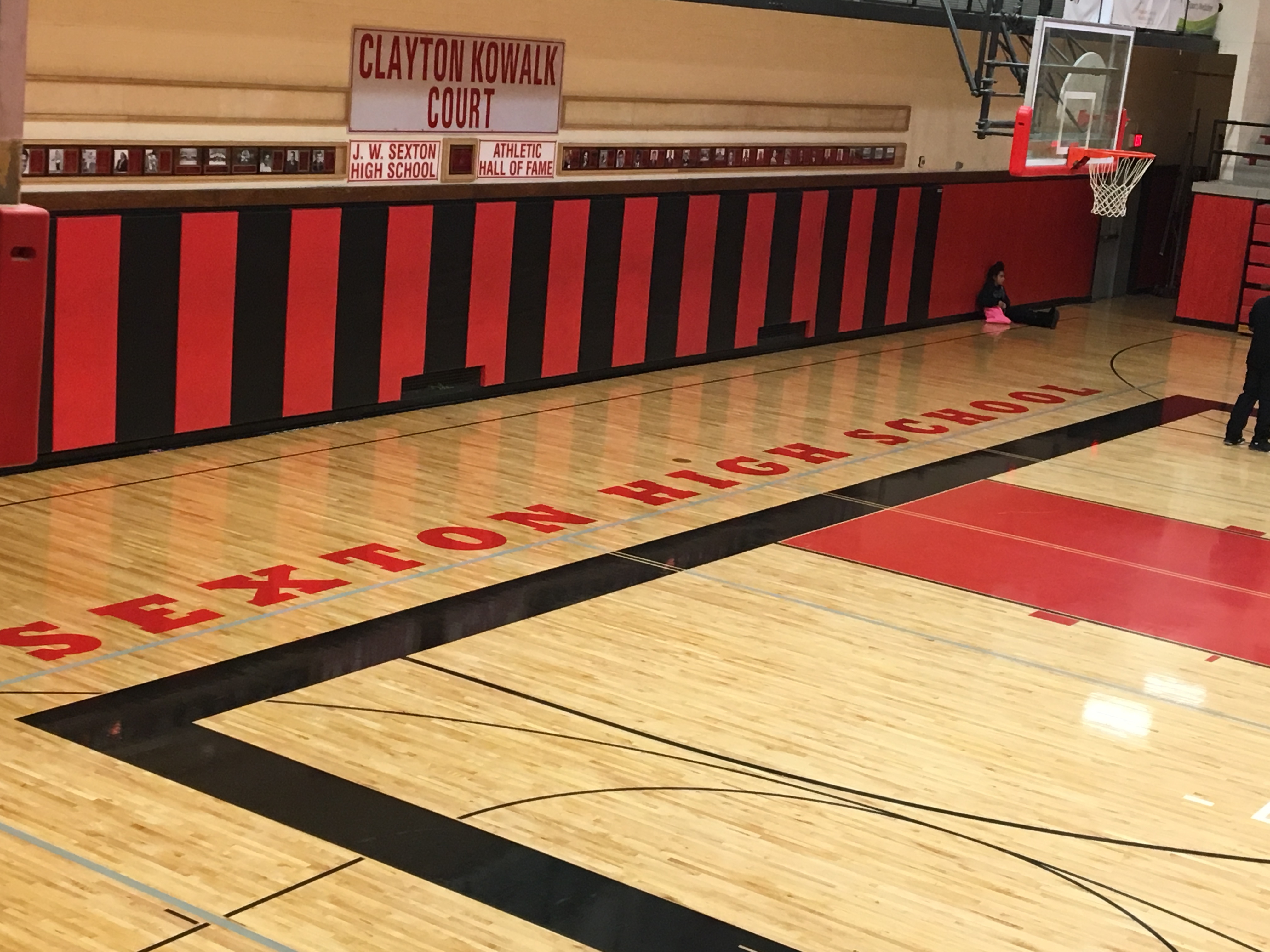 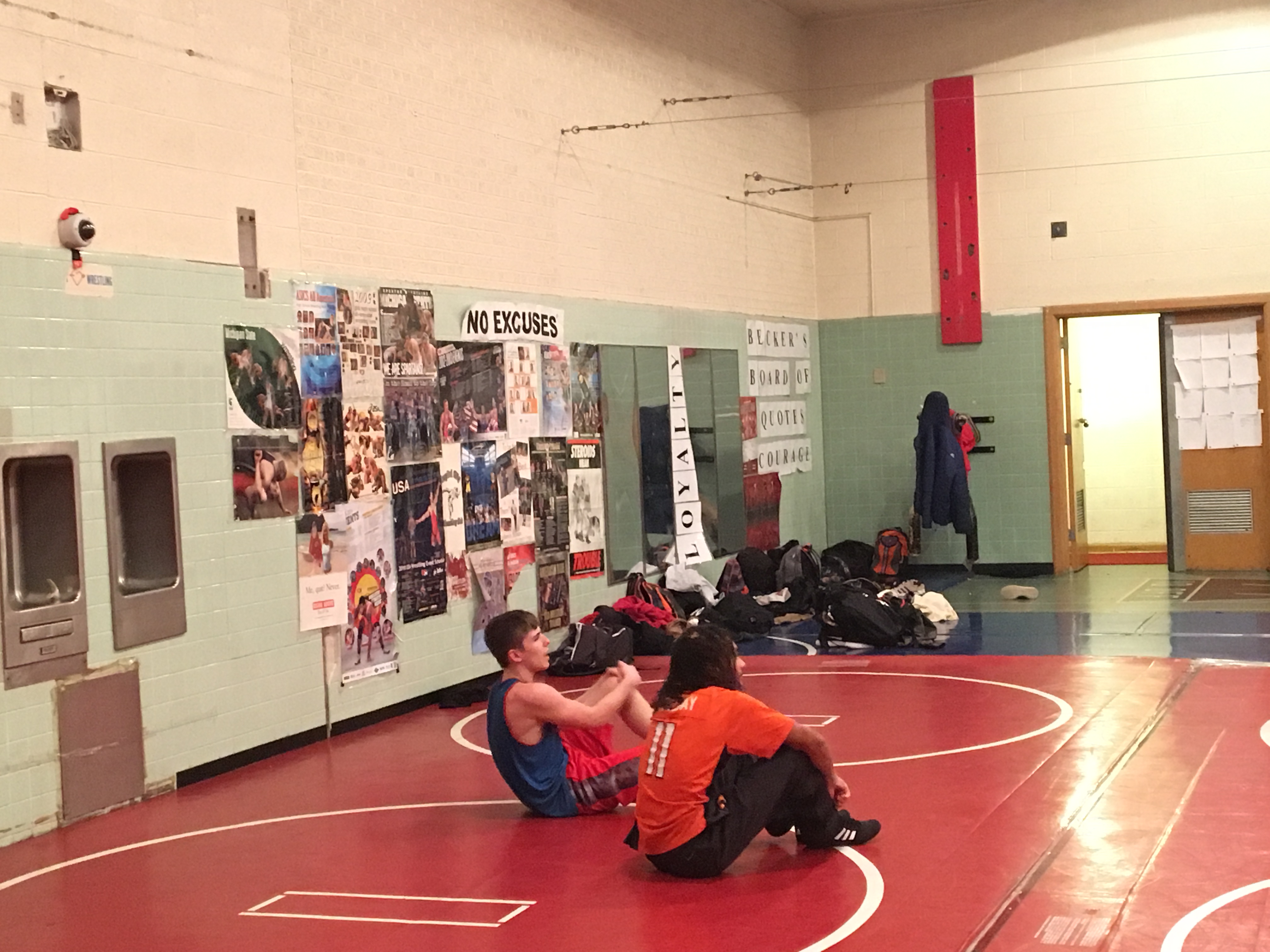 Students on the wrestling team at J.W. Sexton High School listening as their coach gives them advice.

Another common theme is that sports keep kids occupied and out of trouble.

“I started playing sports during middle school and since then I just kind of stuck to it because it felt like it was an easy way for me to stay out of trouble,” Ziarrea said.

But why is it that other activities aren’t serving the same purposes?

Chris Henderson, Sexton’s athletic director, said the problem seems to be that arts, science, technology, engineering and math programs are not plentiful in schools in urban neighborhoods.

“I think budget, what school districts have in terms of the budget makes a difference,” Henderson said. “For instance, we don’t have a lot of after-school activities, like some of the suburban schools that just have tons of resources and lots of after-school offerings and opportunities. In the inner city due to budget constraints, that splits down on the opportunities that we have.”

Henderson believes some of the most athletically gifted students come from the inner city and that those kids just have some natural abilities that others don’t. In addition, Henderson believes participating in sports is about much more.

“It’s more than just the mentorship. It’s a brotherhood. It’s a family thing. Some coaches parent some of these students — these students look for these things, in the normal process of their life,” Henderson said. “These students will search out where they’re going to find it. Sports gives them an opportunity to find those outlets. There are opportunities for mentoring, learning teamwork, leadership skills, work ethic, and self-discipline.”

Brandi Scarber is a third year MSU Journalism student and MSU News intern, concentrating on Sports Reporting, with aspirations to be a Sports Analyst.