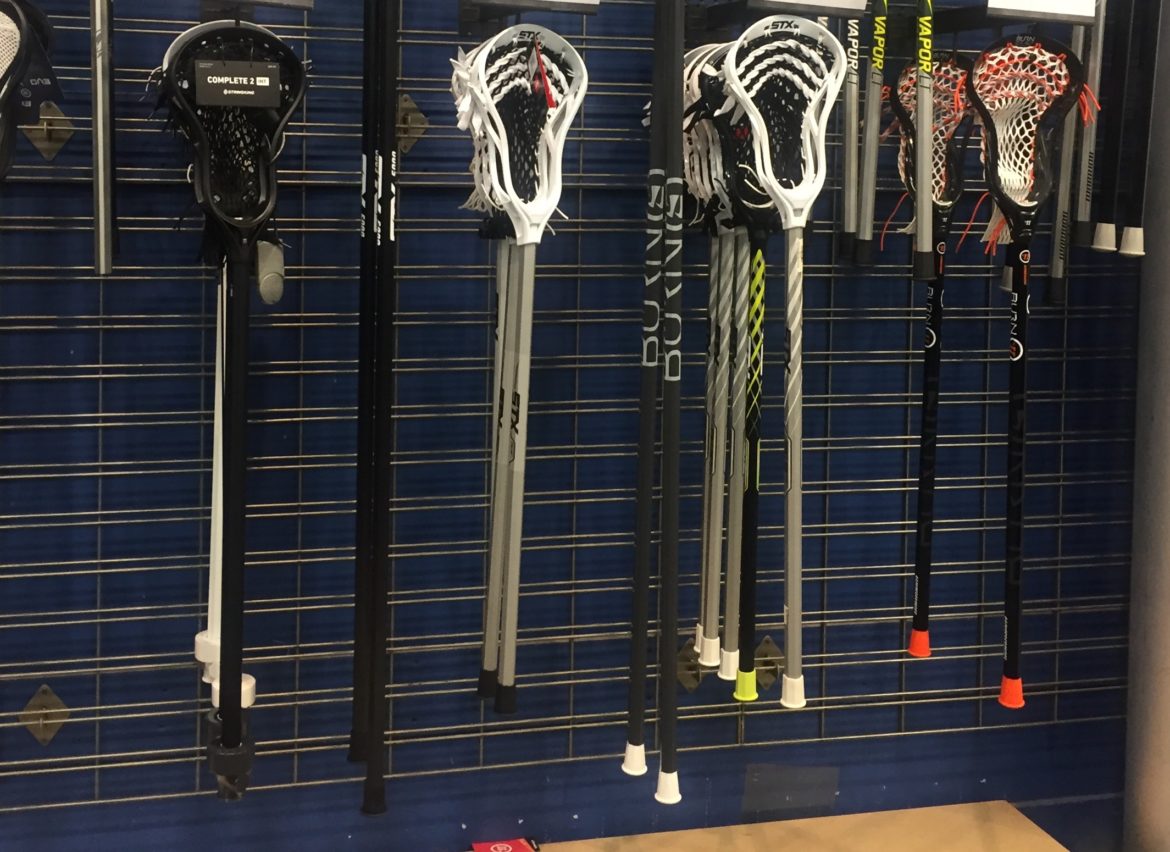 Lacrosse sticks hang on wall racks. The rule books for men's and women's lacrosse differ in several ways. Some players think it's time for that to change.

Regardless of the gender of the player of the field, lacrosse is a physical game.

But the rule book for men’s and women’s teams differ — one of several examples of sports that create different rules of play based on gender. Some lacrosse players think it’s time for that to change.

“In my mind it is a bit sexist,” Ryleigh McGregor, a women’s club lacrosse player at Michigan State University.

Even the uniforms vary. The women wear skirts and goggles, but it’s helmets for the men.

Body checking from the front, side, above the waste and below the neck is legal

She said a change in rules for checking would necessitate different uniforms and gear, but would improve the overall quality for play.

“Given that lacrosse is a bit more of a contact sport, some might say that it is to be expected,” McGregor said. “But they treat us as if we are made of glass.

“I think it somewhat hinders the integrity of the game when you have a ref blowing the whistle every 30 seconds because one player bumped into another,.”

The passing of Title IX, the federal law that requires gender equity in public education, was almost 45 years ago. Still today in the realm of athletics gender equality is still in question.

“I do believe that women not only can play with men’s rules, but want to as well,” said  Jared Hudson, who plays lacrosse on the club men’s team at MSU. “I think that the only reason that men or women wouldn’t play lacrosse is because of the relative strength of the players around them. Some people can’t handle the pain and physical strain that comes with lacrosse. It’s a tough sport, just like not everyone is cut out to be a football or a hockey player.”

According to the NCAA rules for collegiate men’s lacrosse which are also used for non-varsity players as well, body checking from the front, side, above the waist and below the neck is legal. But U.S. Lacrosse, which writes the rules for non-varsity women’s athletes, says cross-to-body checking is illegal, and if a player “checks” another it cannot be intimidating or dangerous.

“I don’t think that it would demasculinize men at all if the rules were the same,” Hudson said. “If anything, I think it would masculinize women.

“It’s a perspective thing. Do you throw like a girl, or is that girl just as much of a good quarterback as you are? I would like to think the latter and acknowledge her skill.”

Erin Todd, who was an All-American in girls lacrosse in high school, was recruited to play lacrosse at Regis University, a private Division ll school located outside of Denver.

“Both rules require excellent physical endurance, coordination, and the ability to handle contact,” she said. “The fluidity of both sides of the sport play to each genders’ strength.”

Todd said that while the different set of rules for women have never made her feel less accomplished at the sport, there is still a social issue at hand.

“Unfortunately men define what is and isn’t quality — not in rules, but in how women athletes are acknowledged as a whole,” she said.