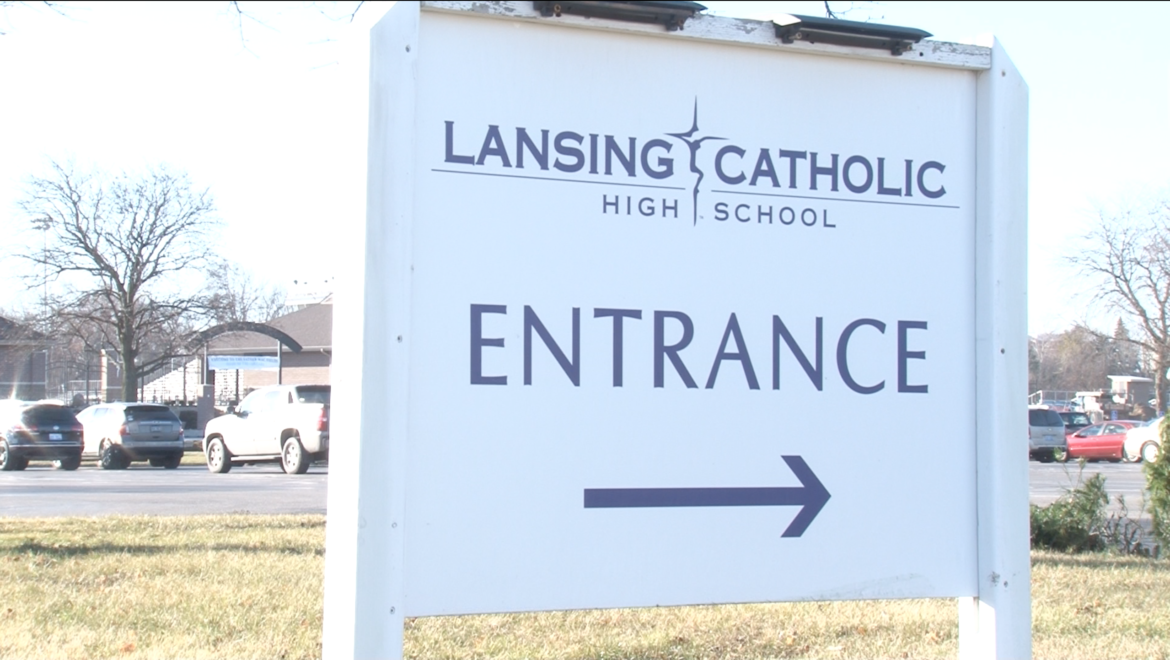 But these students never thought taking a stance would end with a Skype from one of their idols.

“I just got off a Skype with Colin Kaepernick, any negative comments that are thrown at me, literally, it couldn’t affect me,” Lynn III said.

The video chat was on Dec. 3 and lasted roughly 15-20 minutes, Kaepernick told them he loved how they stood up for their beliefs and to continue doing it.

Kaepernick, a former NFL quarterback, received criticism last year when he did not stand for the national anthem during an NFL game to protest oppression toward African Americans and people of color.

“He has our support and he’s telling us it is everywhere,” Abdullah said. “That keeps me positive and makes me know our fight is being fought by others.”

What made them kneel?

All four players have experienced different situations at Lansing Catholic and said they got tired of just standing there and not being able to do anything about it. Kneeling was their way for a peaceful protest.

“I was silent since coming here freshman year,” Richards said. “Certain things happened in freshman and sophomore year, but I didn’t feel comfortable enough to tell anyone else or they’d be like, ‘Oh that just happens.'”

Everyone agrees with Richards and they don’t believe these are isolated incidents, they think it’s discrimination based on their skin color.

“I’ve had people call me the N-word and we brought it up to the office and they haven’t done anything about it,” Abdullah said. Lansing Catholic school officials declined to comment on this story.

Due to transfer rules, Abdullah is waiting to hear if he will be eligible to run track this spring. If he is able to, he said he would consider kneeling or showing another sign of peaceful protest against racial discrimination.

“I feel like people would be open to listening to me,” Abdullah said, “which doesn’t really surprise me because Holt is very diverse.”

Richards, who is on the Lansing Catholic basketball team, has also expressed interest in protesting again.

“Basically the administration told Kabbash that if you kneel again you’re suspended (from school) and can’t play for the rest of the season,” Williams said. “I don’t know what his final decision is, but, either decision he makes, I’m going to support him no matter what.”

On Tuesday, Dec. 5, Richards was going to take a knee, but during pregame warmups, his mom talked him out of it. He did, however, show a little protest by looking away from the flag and did not stand in the same direction as his teammates. Richards is No. 42 in this video.

Richards was benched for the game, but head coach Eric Trojanowicz said it was for missing the team bus, not for protesting during the national anthem.

On Friday, Dec. 8, Richards took a knee during the anthem.