Tanner Kearly threw for more than 3,000 yards and 50 touchdowns and won more than 20 games during his varsity football career at Hancock High School. But none of that on-field success compares to the feeling when he suits up to play on Munn Field at Michigan State University.

“Intramural football is a chance to relive my high school glory days,” said Kearly, 21, who is senior at MSU said. “I play every game to win. I play for my team.”

Kearly had offers to play quarterback at several Division II schools, like Michigan Technological University, as well as interest from Northern Michigan University and other prominent Division I schools.

“I gained a lot of interest from smaller schools in my last year there (Hancock High),” Kearly said. “I had offers to play at other schools, but I passed it all for the chance to get an education at a Big Ten university.”

The decision was difficult for Kearly considering he set a passing record in touchdowns at Hancock.

“He went from a high school standout to a frat-star playing flag football,” said Jared Davis, who is Kearly’s intramural football teammate. “He could have played football at a big-time school but didn’t.”

The decision was difficult, and is one reason why Kearly says he has manifested his competitiveness into intramural football. Kearly plays with his freshmen dorm roommates as a way to cope with the transition of not playing college football.

“I love the game,” he said. “Wednesday night lights are everything to me.” 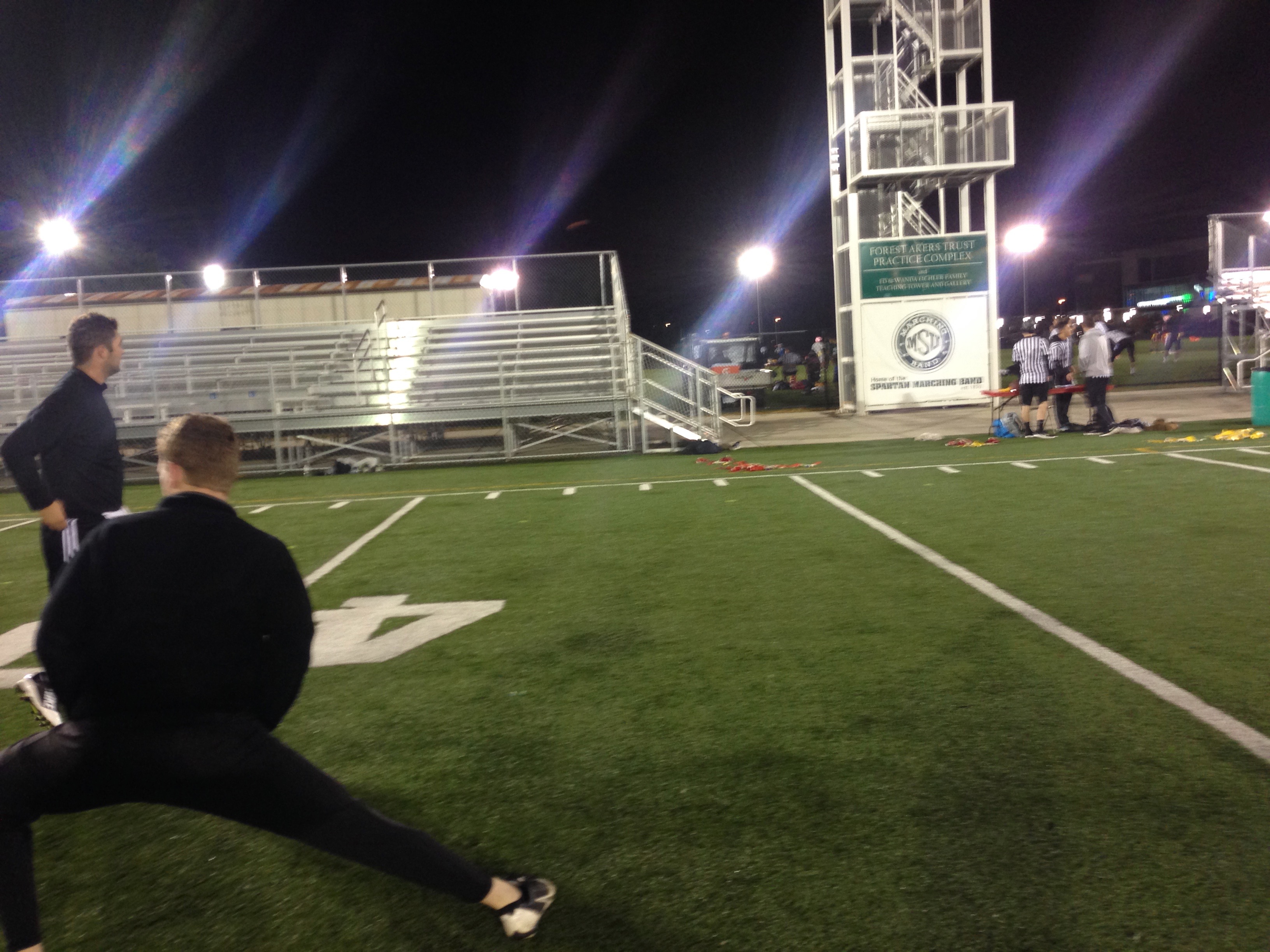 Tanner Kearly stretches before kickoff of an intramural football game. Kearly played high school football and might have been able to play at some smaller colleges, but he passed on the chance to attend a Big Ten university. 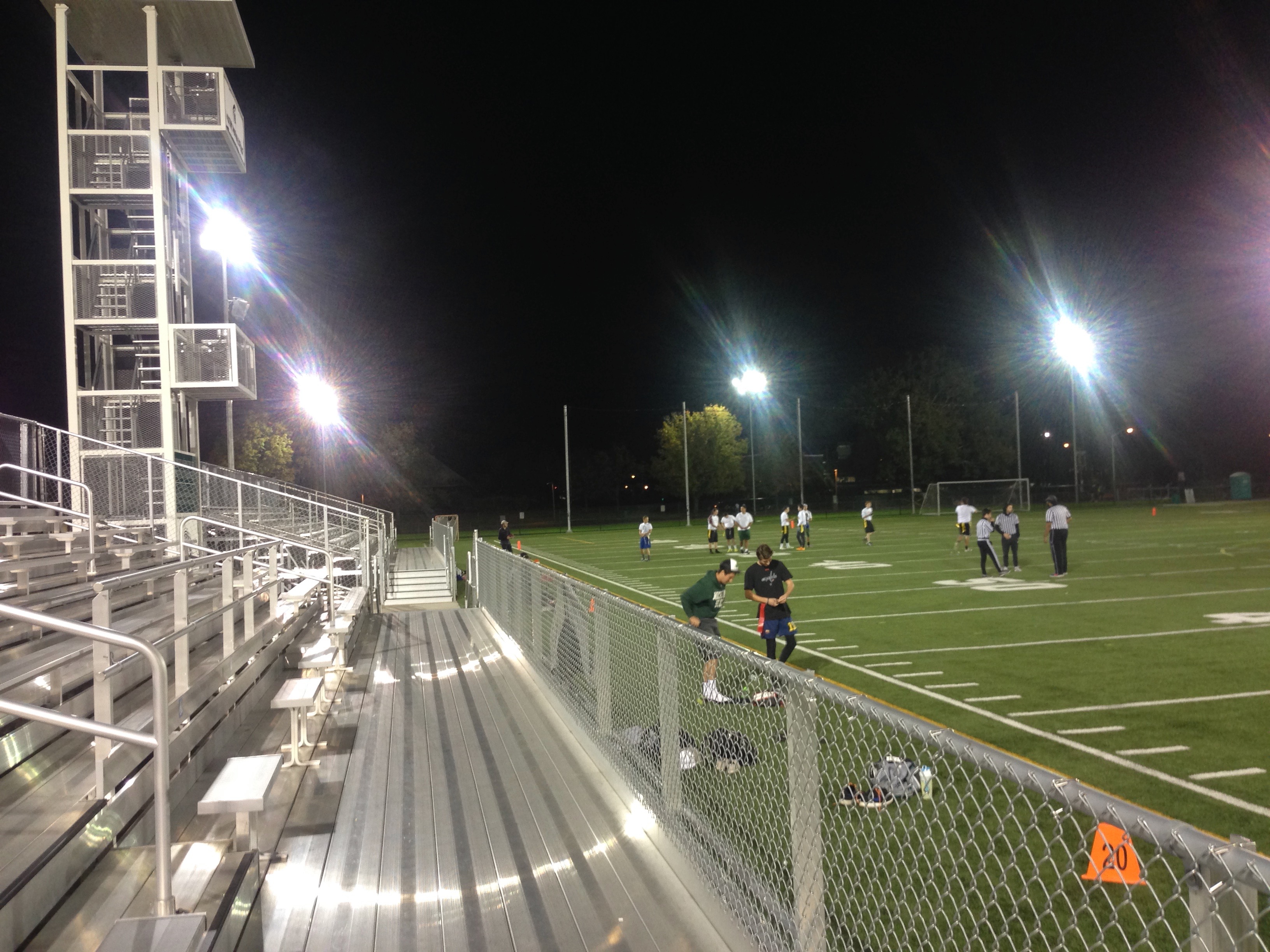 The once-star quarterback finds solitude in playing with his best friends on Munn.

“I have known Tanner for three years now. We met in the dorms and have been friends since,” teammate Sam Houston said. “He has great pocket awareness and great touch.”

Intramural sports also give the group of friends a way to keep up their strong connection.

“He’s a good friend, good roommate and I wouldn’t change my relationship with him for anything,” Houston said of Kearly.

Kearly will never get the opportunity to play in front of 75,000 fans packed into Spartan Stadium on an October Saturday. He also won’t compete for a Heisman Trophy.

“I wonder what could have been had I gone on to play college football, but I’ll take Wednesday night lights any day,” Kearly said. “Playing with my boys means everything.”

The opportunity to play with his best friends and compete for an intramural football championship means equally as much to Kearly and his roommates.

“The goal in our last year is to take home the championship; we’re even talking about doing softball when spring season comes around,” Houston said. “Tanner will be the first one hitting us up for it too.”