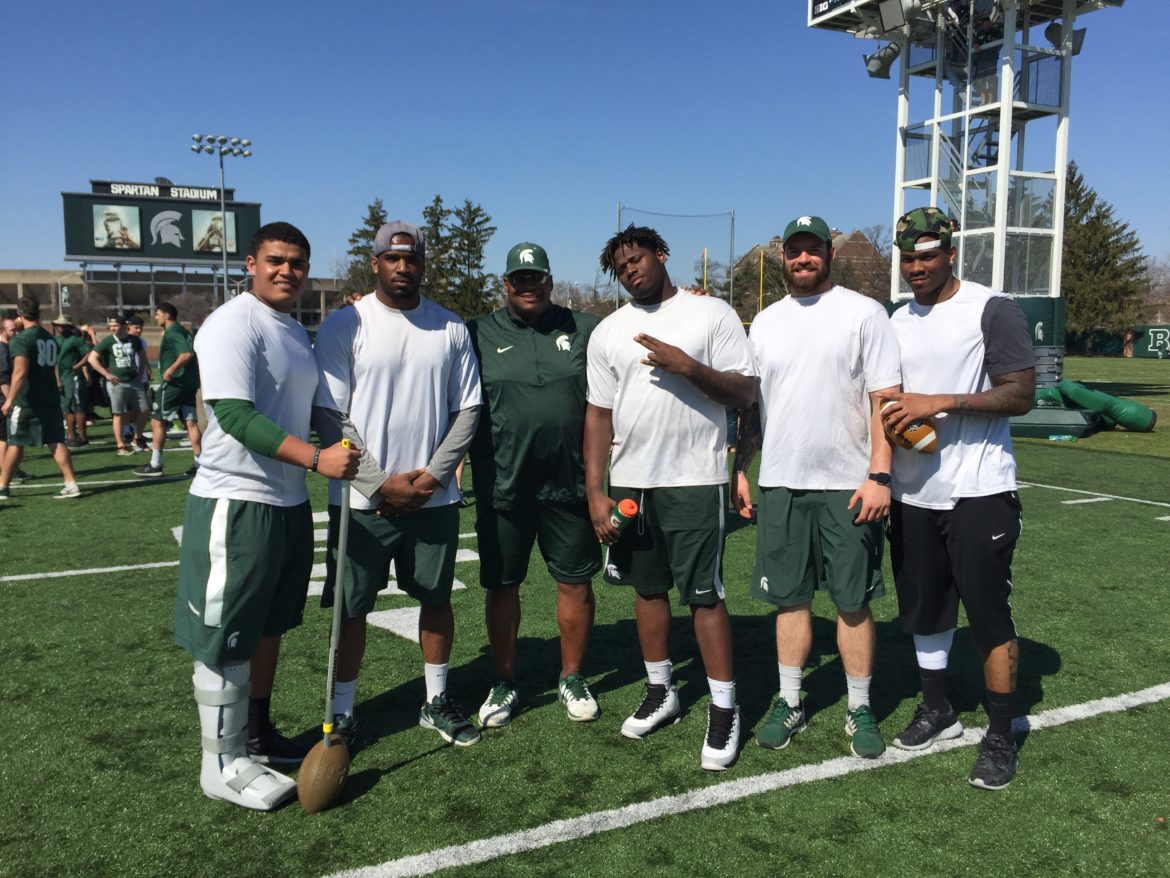 Coach Ron Burton and a few of his defensive lineman stop for a picture during the 2016 Michigan State Women's Clinic.

Aug. 1, until the middle of November. January until May. And three weeks off in July.

Any die-hard football fan knows why I left out December. This is the life of a college football coach. For me, it’s all too familiar. It’s also the life of my dad.

Dad — or coach Ron Burton, as people outside our family know him — has spent 28 years a football coach, including five on the defensive staff at Michigan State University. In that time, he’s played the role of a father figure to hundreds of young men. It’s a special role he shares with most other college football coaches.

From day one, my life was dictated by wins and losses. Knowing that you might be moving based on the success of a season comes with the territory of the job.

A football season baby, I was born in the middle of October. Inconvenient, but it was meant to be. Growing up with three brothers and being the only girl, not being absolutely in love with the game of football was just out of the question.

At a young age most found it odd that I could quote the all  of “Remember the Titans” — “Mike, Will, and Sam are very important” — or that knew that fewer than six wins meant someone’s contract might be in trouble.

Some kids call their dad “coach” as a term of endearment.Mine always made it clear that as soon as he walked off the field, he was a dad first.

He was a dad on the field, too. I’ve watched him from the sidelines be a father figure to so many athletes who have played for him. Sometimes that made me feel as if I’d taken a back seat, but that’s what makes it so special being raised by a football coach.

“Unlike any other level, they have to recruit. So when they are not coaching they’re on the road and that takes up a majority of their time,” said Brian Allen, 2017 Michigan State football captain. “During the season they get to the facility around 7 a.m and usually don’t leave until after 8 p.m. People really don’t understand the effort and commitment they have to put into the team in order to win, and it takes up a lot of valuable time with their families.” 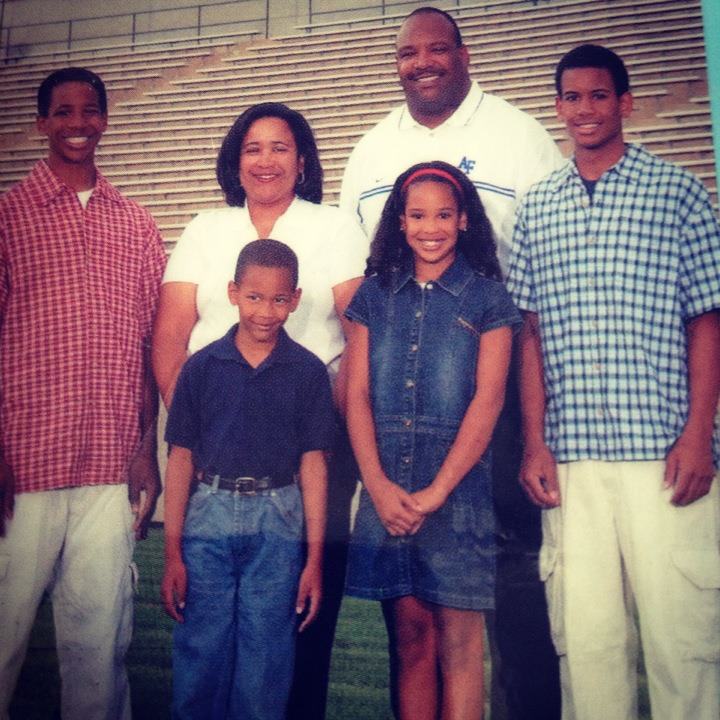 Courtesy of the Burton family 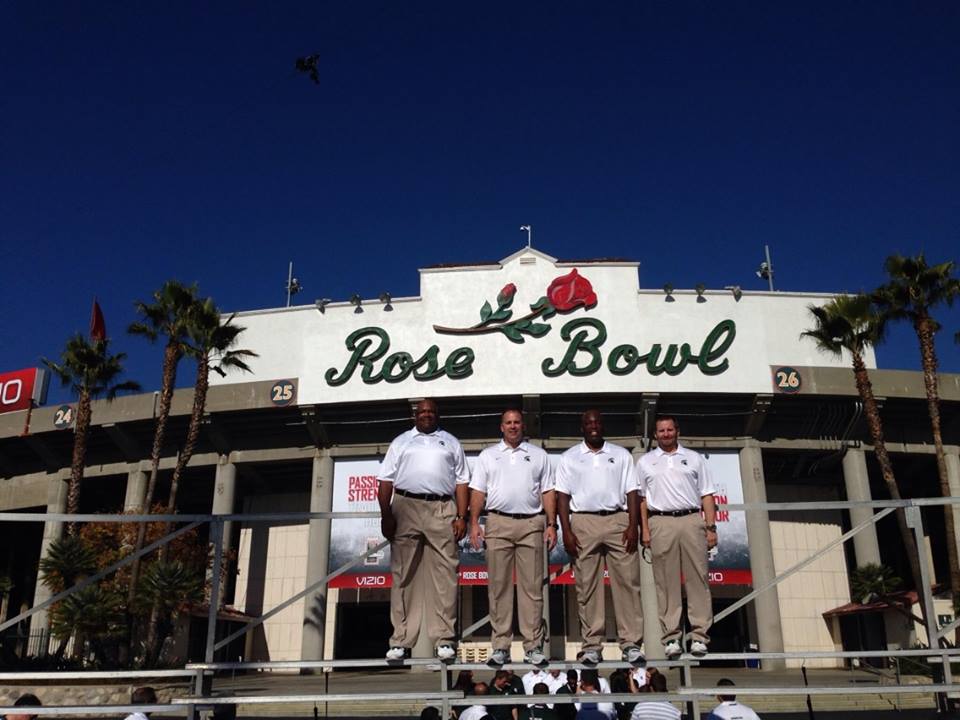 Members of the Spartan coaching staff pose for a photo outside of the Rose Bowl in 2013. 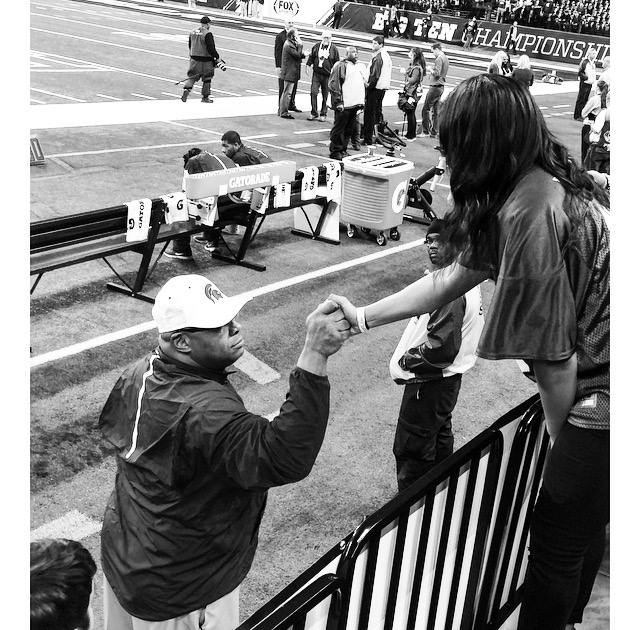 Roya Burton and her father, coach Ron Burton, before the 2015 Big Ten Championship Game against Iowa. 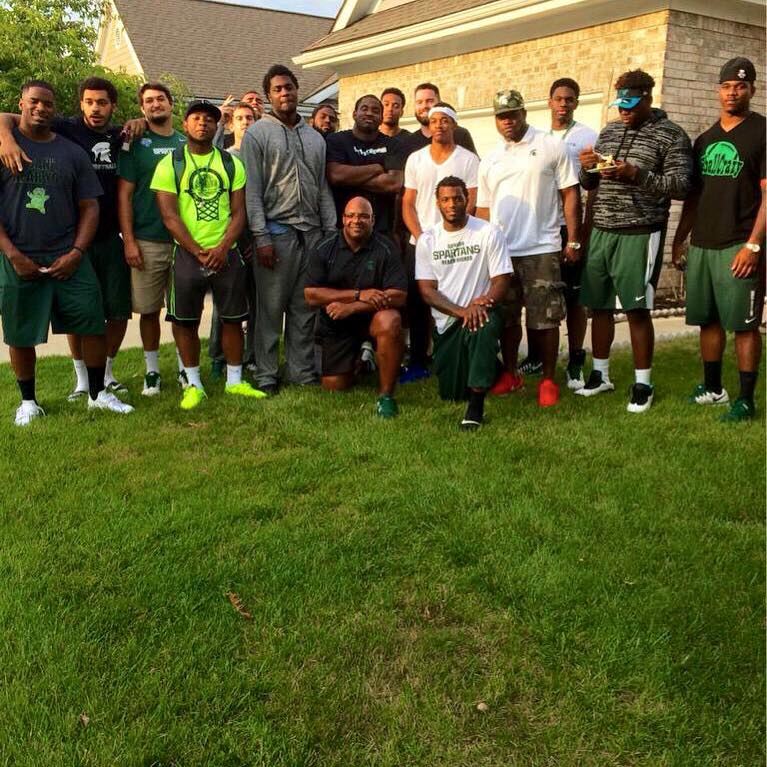 Coach Ron Burton hosts members of the Spartan defensive line for a preseason dinner in 2015. 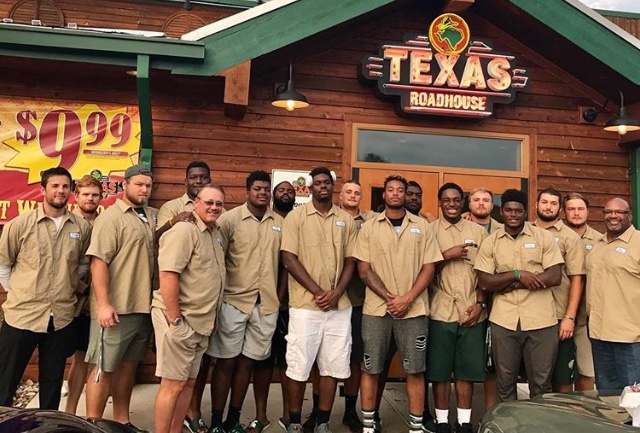 Coach Ron Burton and members of the Spartans defensive line pose for a photo at their annual preseason dinner in 2017. 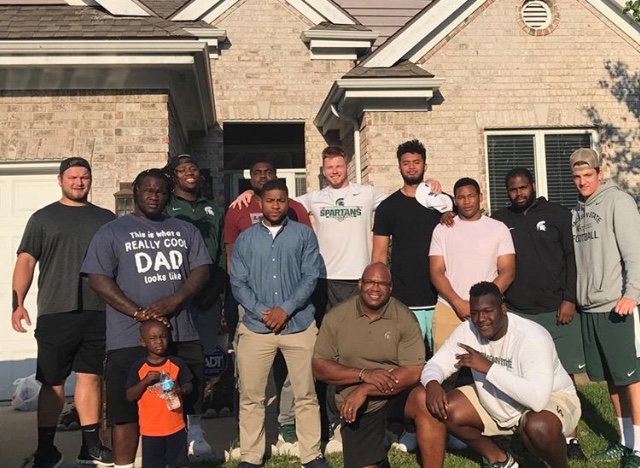 Coach Ron Burton and members of the Spartans defensive line pose for a photo at their annual preseason dinner. 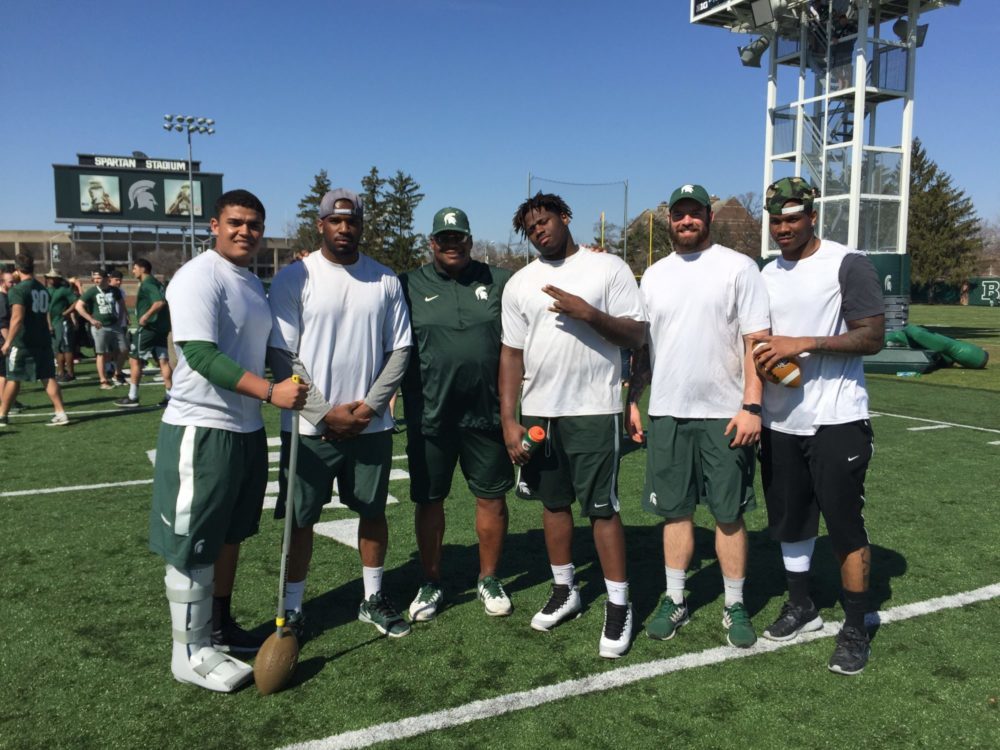 Coach Ron Burton and a few of his defensive lineman stop for a picture during the 2016 Michigan State Women's Clinic.

I remember spending my childhood at the football office, going to practice, and eating at the training table at least once a week because so few meals were spent at home with our dad. Show and tell as a kid were always my dad’s players. One of my fondest was former Indiana University receiver and Pittsburgh Steeler Antwaan Randle El to my preschool class. I let everyone know about my special friend.

Saturday is a holy ground, and game days in our household were always a favorite, especially if we can make it on time. And still to this day I have to tell some of my friends that Saturday is not the only day of the week that my dad works.

Football is so much bigger than itself and growing up in this lifestyle, the saying it’s more than a game is the way that we live. Losses humble you; wins teach you. You see the selflessness in the sport, and the kind of person it takes to be a coach in the hopes that players will leave their university better than who they were when they came.

“Off the field, the coaches are role models for us,” said Kenny Willekes, Michigan State sophomore defensive end. “They are examples of how to not only be great football players, but great men. They build relationships with us that will last a lifetime.”

A defensive line on average is about 10 or so depending on its depth. Multiply that by 28 years and that’s the number of players who have been connected to my family.

“You’re on your own away from home. That male role model in your life goes a long way,” said David Dowell, an All-Big Ten, first-team sophomore safety. “They put in more hours than people realize and there is a lot of preparation that goes into what they do.”

Wherever we’re coaching, our team is always whatever color we are wearing that season, and now I’m lucky enough to be graduating at the same university where my dad has been coaching for the past four seasons.

“It’s what’s away from football: They bring us around their families and into their homes,” Dowell said. “We all have lives with them off of the field, it’s so much more than football, and that’s what matters.”