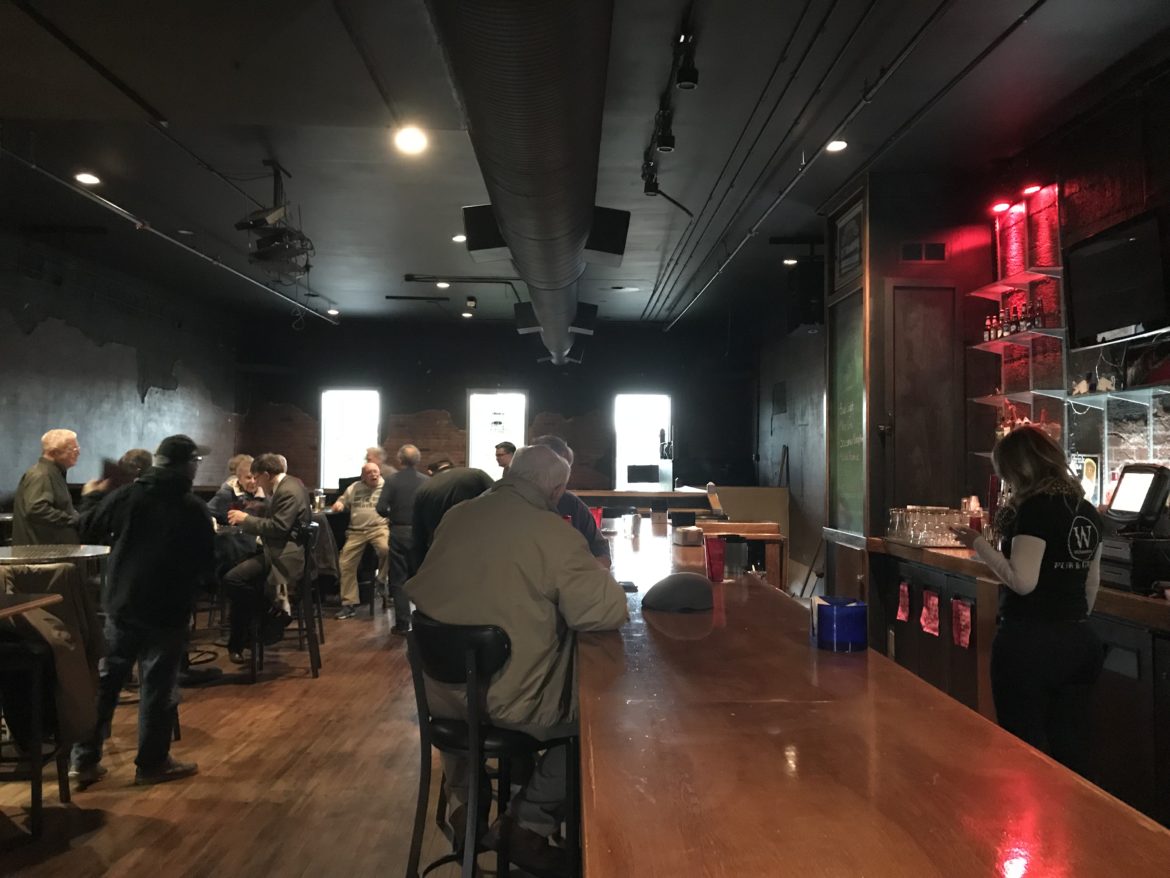 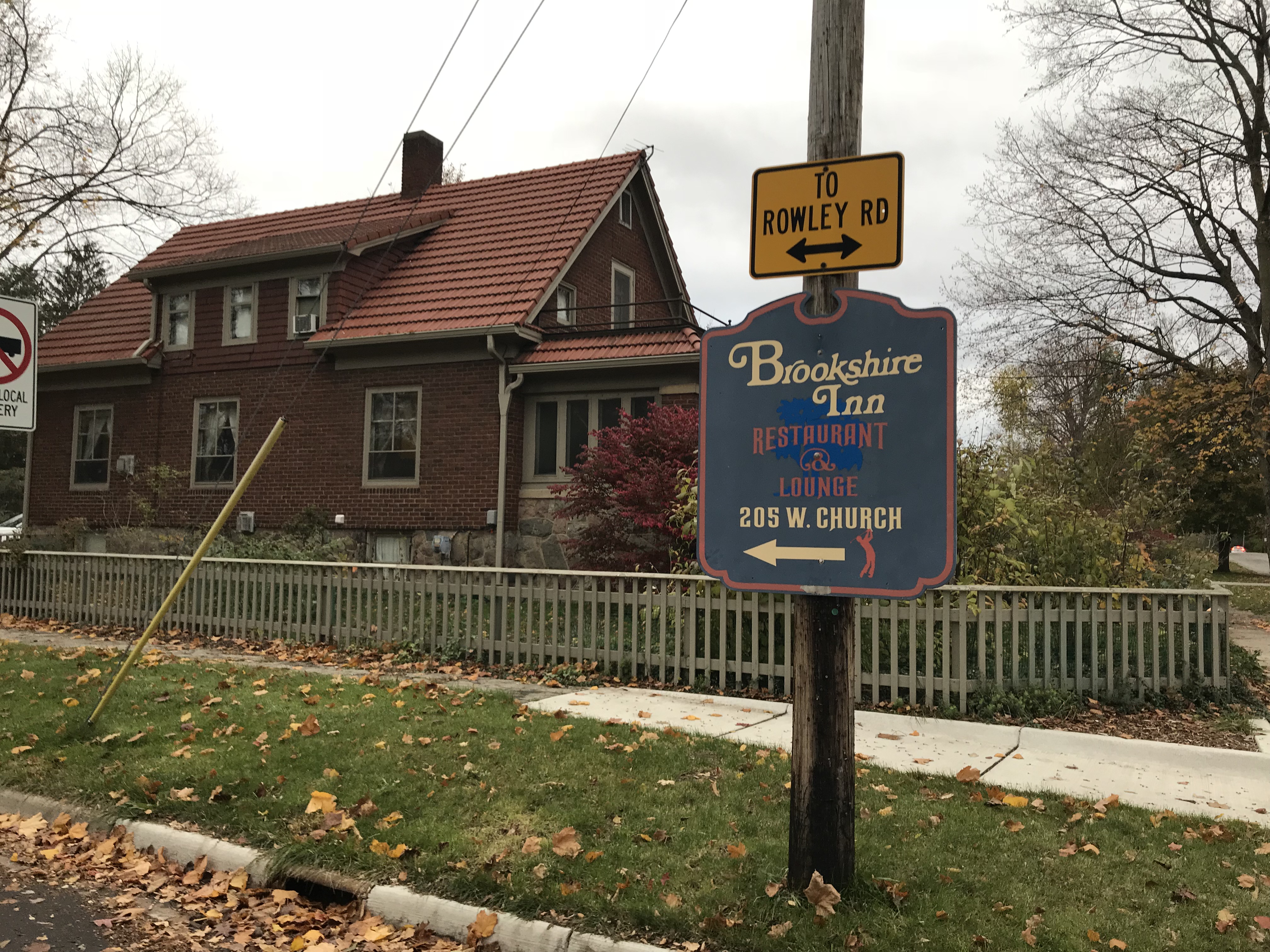 Rotary meets at the Brookshire Inn every Tuesday morning at 7:15 a.m. Photo by Mattie Milne 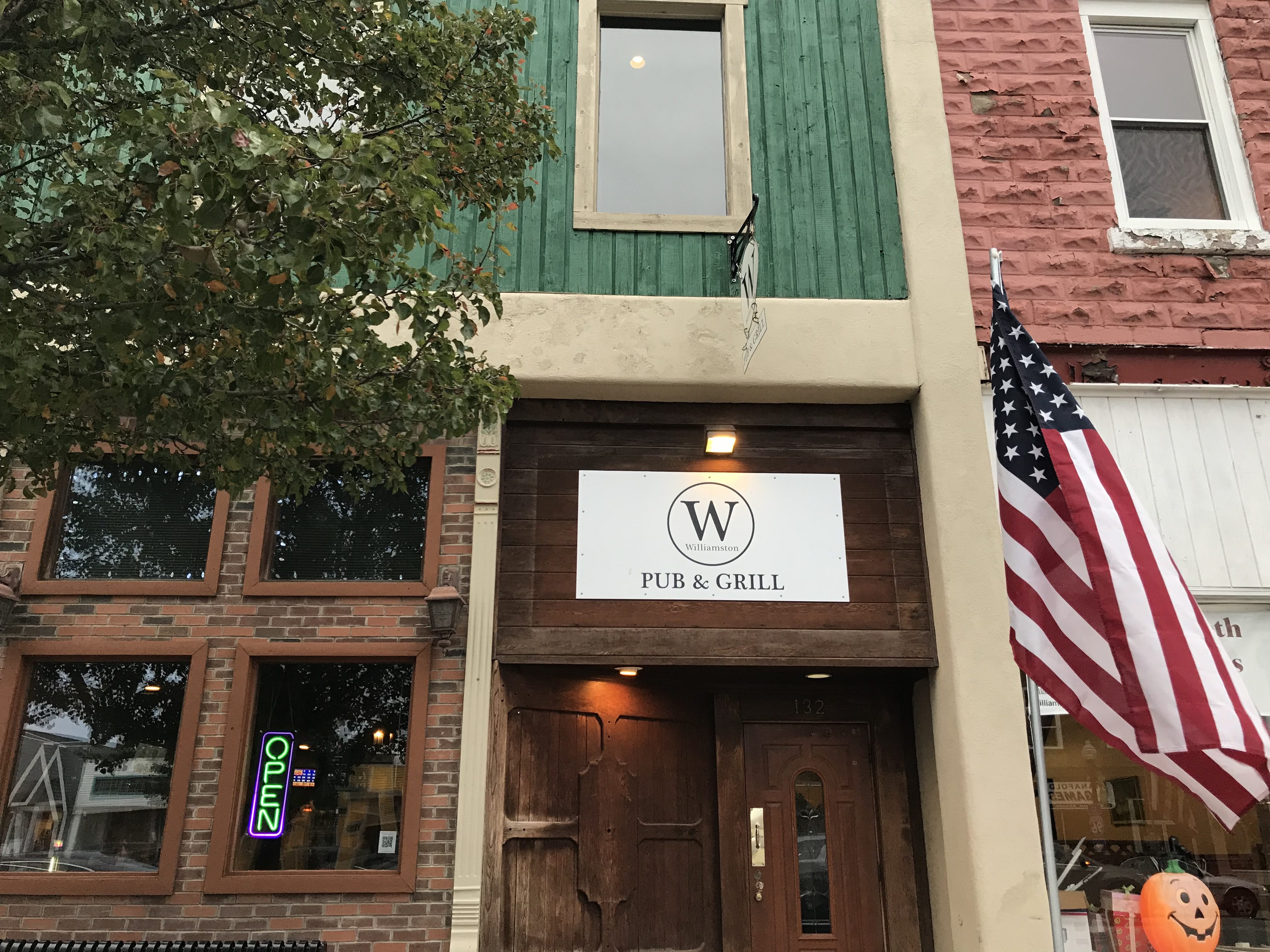 The Rotary Club meets at the Williamston Pub and Grill the last Tuesday of every month at 4 p.m. Photo by Mattie Milne 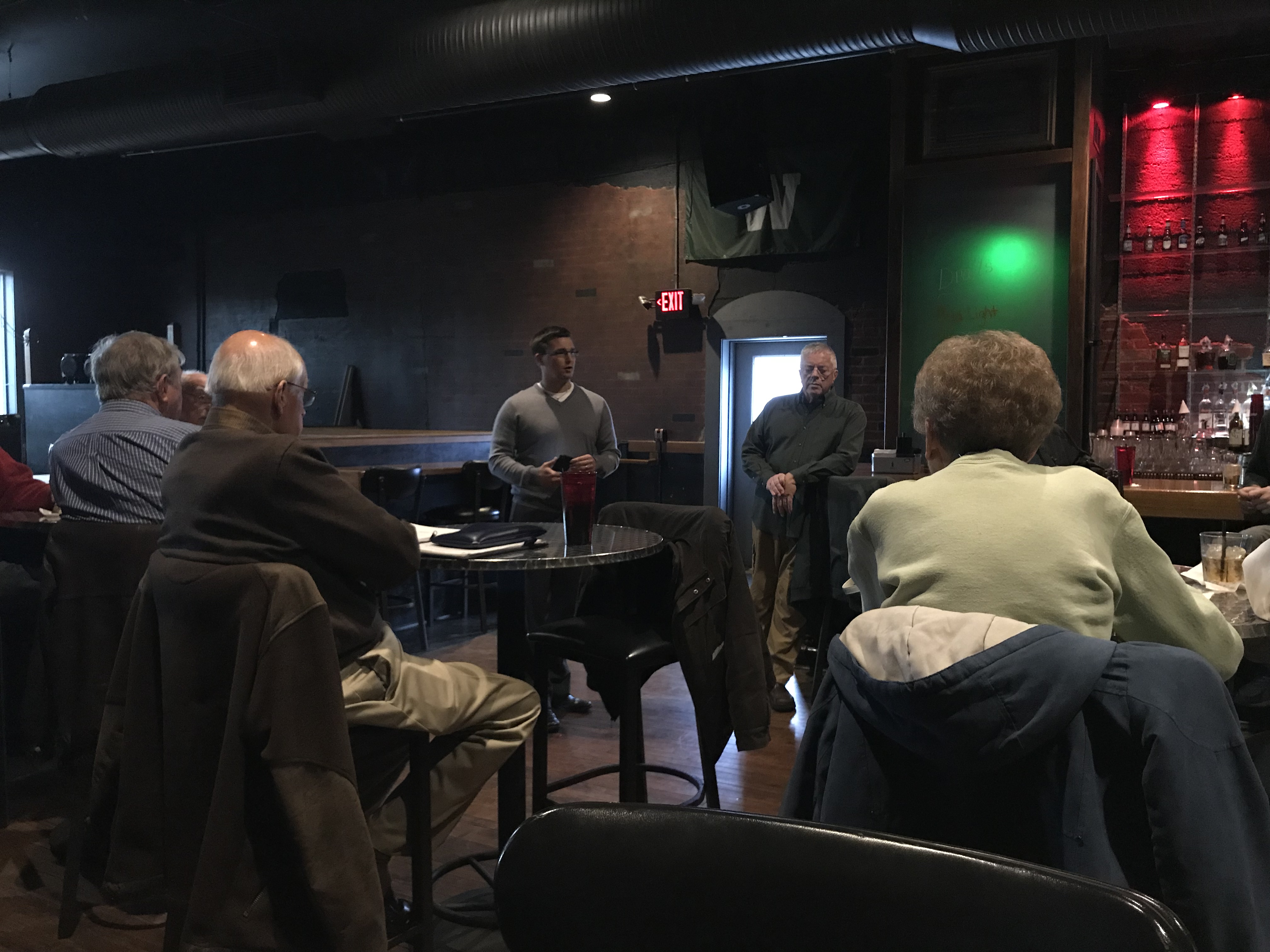 Rotary members listen as president-elect Nicholas Horstman (in grey) discusses plans for the club at the October 31 meeting. Photo by Mattie Milne

“Service Above Self” is a common phrase, but how often does action back up these three simple words? For the Williamston Sunrise Rotary Club, its goal is to put these words into action.

The club hosts several events throughout the year to raise money for the community, charitable organizations and grants.

“All the money we make, we turn around and give it to our community or international charities,” secretary and webmaster for the club Gene Klco said.

One event is the duck race held the third week in June. Community members purchase tickets that match up with a numbered duck. Only one hundred ducks are randomly selected from the thousands of ducks in the group. These lucky one hundred ducks race down the Red Cedar in hopes to finish first.

In late September the club hosts Taste of Williamston. Several local restaurants bring in samples of dishes for attendees to try. Tickets sell for $30 and they typically raise $7,000 to $8,000.

“The thing I like about the Rotary Club is their activities are specifically geared towards individual projects. Some people just throw money in things but they actually put a plan together before they engage in something,” Williamston community member Mark Gilman said. “They do a good job with making sure the money they raise goes to causes that have specific needs.”

The club also hosts several poker events throughout the year. They also work on smaller projects and are always open to new ideas.

“Everybody has that thing they want to put together in their community, or they think ‘I wish our community did this’,” President-elect Nicholas Horstman said. “In Rotary Club you have the ability to influence that.”

In addition to raising money for the community, they also host a guest speaker every week at their meeting.

They’ve had a variety of speakers such as local strawberry farmers and chocolatiers. They have also brought in both Republican and Democratic government leaders.

Horstman said the goal is to provide club members with a well-rounded education of what is happening in their community.

Currently the club is working to provide less fortunate families in Williamston with goods and services for the upcoming holiday season.

Anyone is welcome to attend Williamston Sunrise Rotary Club meetings held every Tuesday at Brookshire Inn at 7:15 a.m. The last Tuesday of every month they are located at Williamston Pub and Grill at 4 p.m.