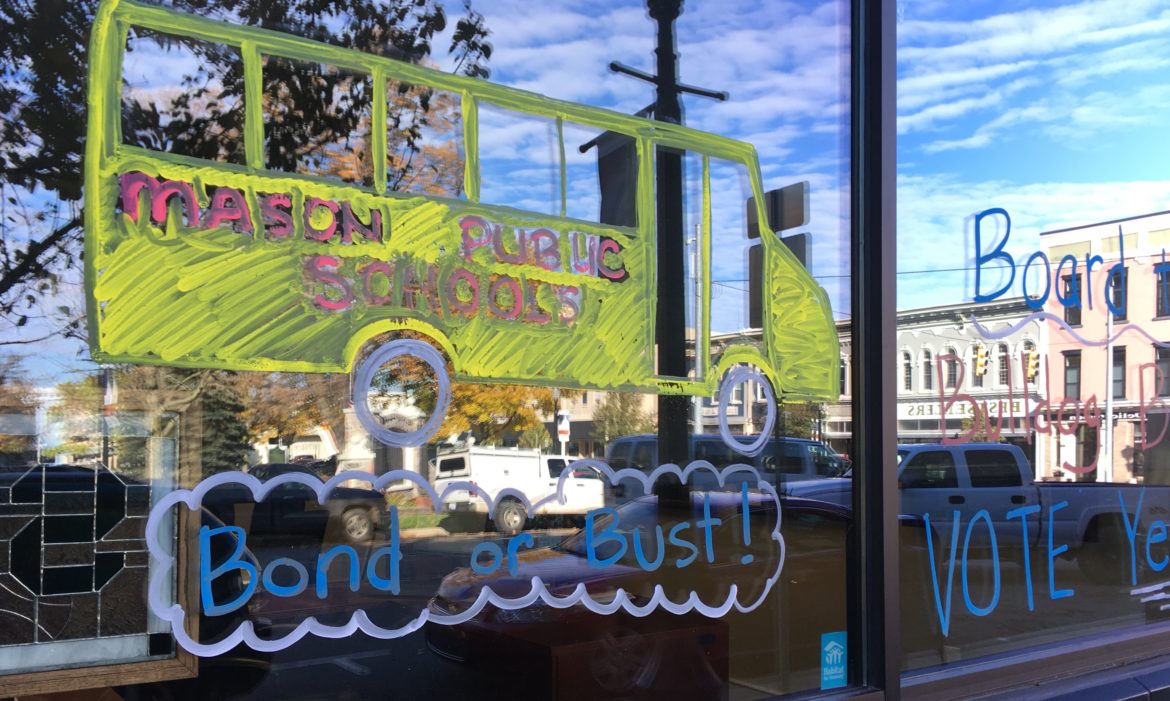 Downtown Mason is reflected in the windows of the Oracle block, where pro-bond messages were painted.

Tuesday’s approval of a $69.7 million school issue in Mason met mixed reactions, feelings and testimony from both sides. Reactions concluded several interesting months for the community.

Bartlett was pleased with the effort district officials showed in encouraging people to be informed and involved.

Myrna Coxon, formerly a teacher in the Leslie district teacher, wasn’t pleased. She said, “there were no provisions for teachers. As a former teacher, as a retired teacher, the teachers are being completely left out of the equation.” According to teacherssalaryinfo.com, the average salary for teachers in Mason public schools is about $47,000. That’s not enough in Coxon’s eyes.

She said, “teachers make the difference… there’s a lot of great teachers out there who are teaching and barely breathing because of the way they’ve structured education now,” said Coxon.

A $79.8 million bond proposal was rejected in 2016, so the district went back to work and came up with the lower number. That still didn’t appeal to Mason resident Lindi Hunter, who said she voted against the proposal. Hunter said “I still think they came back too high.”

According to Mason’s bond information, only Holt, Lansing and East Lansing have passed larger plans.