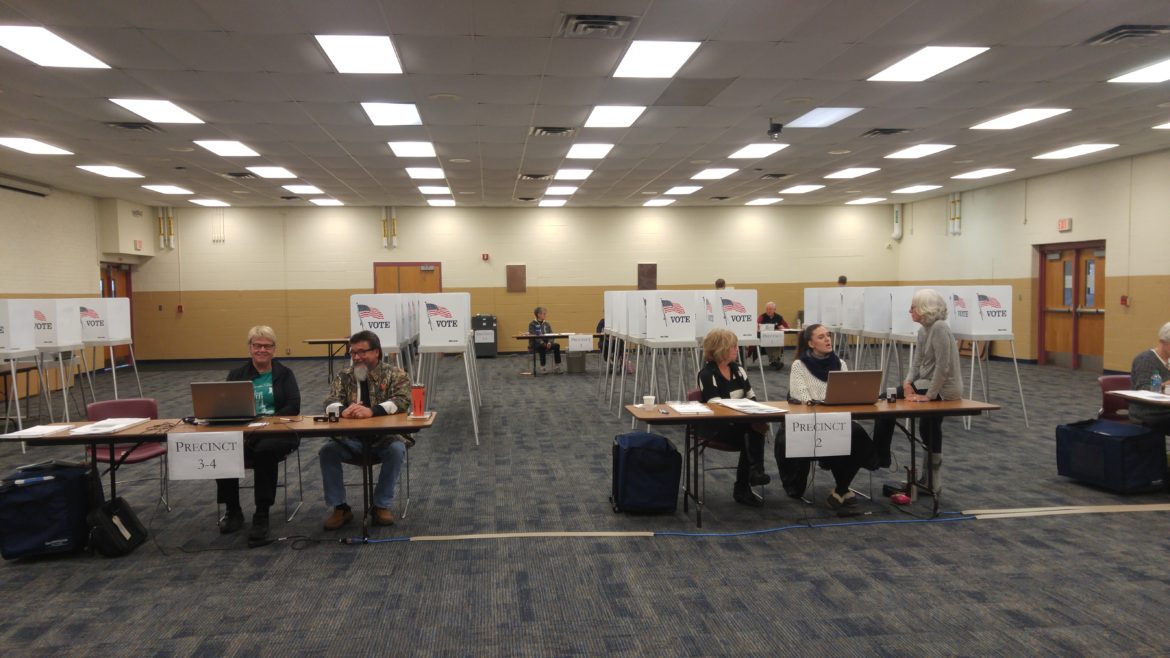 Volunteers sit at tables waiting for voters in the Grand Ledge election.

There is only one write-in candidate for Precinct 2 on Grand Ledge City Council.

Michael Doty is the only person who filed for the position, City Clerk Gregory Newman said.

Doty serves on the Parks and Recreation Commission, according to the City of Grand Ledge website.

All it takes is one person to write Doty’s name on the ballot for him to be elected, Newman said.

However, people walking in to vote have to know about Doty beforehand, because city employees cannot say anything about write-in candidates.

“So if they don’t know about him, he gets no votes,” Newman said. “I hope he votes for himself.”

On Thursday, the Board of County Canvassers meets to confirm the election results. They will look through the write-in submissions and guarantee that variations of Michael Doty, M. Doty, Mike Doty, etc. count, Newman said.

Some residents heard Doty was running through radio and TV ads, as well as Facebook.

Resident Patricia Briones said it was hard to know Doty’s stances through those ads.

Resident Anita Calcagno said she would have to know the stances of a write-in candidate before voting for them, but anybody who is willing to serve on the council is probably worthy of the seat.

Following today’s election, the city council will consist solely of men, since all candidates and members still serving are male.

“I always like to see diversity … things could come up where diversity would be important,” resident Connie Lawson said. “Qualified candidates that provide diversity to the council is important.”

Diversity of race and ethnicity, not just gender is also important, Calcagno said.

However, resident Barbara Norris said as long as the candidate does his or her job, race, ethnicity and gender do not matter.

“It doesn’t matter, as long as they do their job well,” Norris said.

Around 12 to 15 percent of registered voters are expected to turnout today, Newman said.