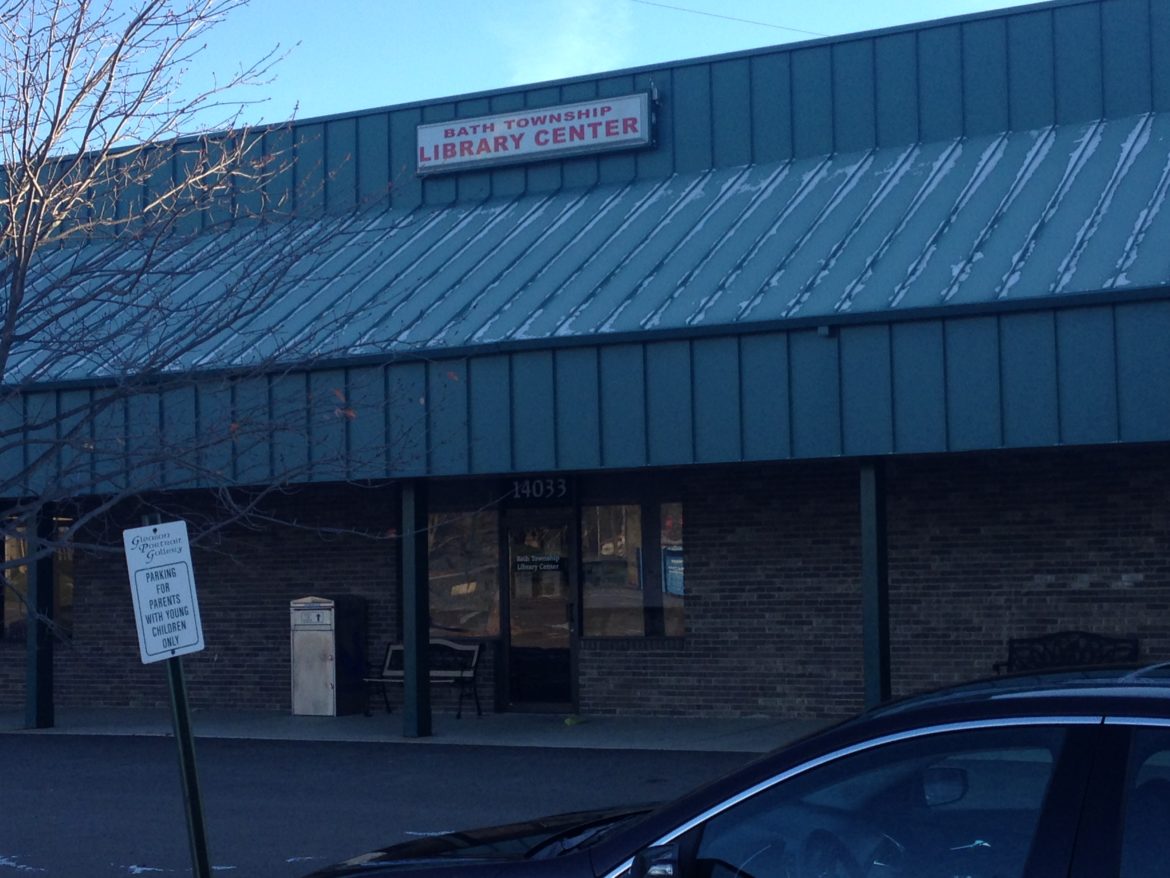 The exterior of the Bath Township Library Center. Photo by Riley Murdock.

A millage that passed in Bath Township Tuesday will generate funding to expand the Bath Township Library Center into an official public library.

The millage might have also saved the Library Center in general, Sue Garrity, president of Friends of Bath Township Library Center.

“Because of a change in the leadership, there had been signals from the new township board of trustees that they were no longer going to fund a library at all,” Garrity said. “It was going to close at the end of December.”

Voters approved the millage by a vote of 835 – 590, according to unofficial results posted on Bath Township’s webpage. The Clinton County Clerk will likely certify the results within a week, according to the website.

The millage will levy .68 mills, calculating out to around $275,000 in yearly funds, Bath Township Superintendent Dan Wietecha said. Wietecha said residents will pay about $34 per $100,000 of property value yearly.

The Library Center, which opened in October 2013, will become the Bath Public Library after the new year, Library Clerk Alex Suarez said.

“I’ve been working here for almost three years now and I’ve been helping out here hoping that we can have this opportunity to expand, and now that it’s here we’re just overjoyed about it,” Suarez said.

When the Library Center becomes a public library it will be governed by a Library Board of Trustees independent of the township, Wietecha said.

The Bath Township Board of Trustees will appoint the library trustees from a pool of applicants. Garrity said she is personally interested in applying and hopes there’s a slate of diverse candidates interested in working hard in the positions.

“It presents a lot of other situations,” Garrity said. “Anyone who is currently involved with positions with the Friends of the Library will need to not be involved in those positions if they are on the library board of trustees because it would be a conflict of interest.”

Once appointed, the Library Board of Trustees will hire a professional library director. The Library Center’s employees will have to go through the hiring process again, Suarez said.

Suarez said he will apply for a new library assistant position as well as to be the new clerk.

“I would be more than happy to continue working here in either one of those positions,” Suarez said.

Once the new system is in place, Garrity said she hopes an update to software used for library catalog is among the first improvements.

“We’re using something that maxes out at 5,000 items in your circulation and we’re pretty close to that,” Garrity said.

The first thing Suarez would like are new computers for the patrons, as well as MeLCat services to request materials and receive loans from other libraries.

“Our current ones are kinda hand-me-downs and they are a little bit slow,” Suarez. “It kinda makes me sad when a patron comes in and has some work to do and our computers kind of fail them… I hope we are able to do much, much more than that.”