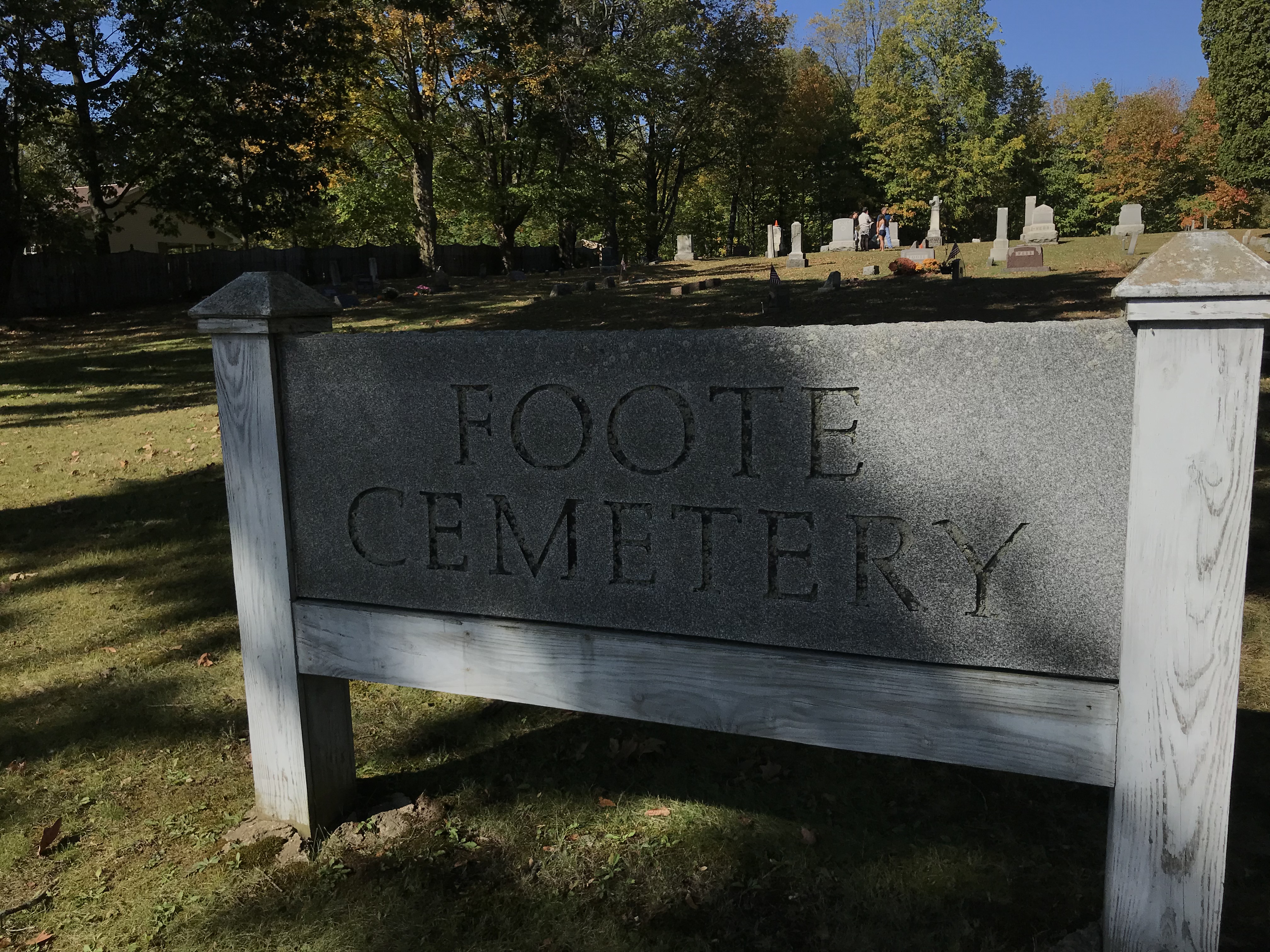 The Foote Cemetery was just one of three cemeteries on the tour. They featured graves of early businessmen and merchants in Williamston. Photo by Mattie Milne 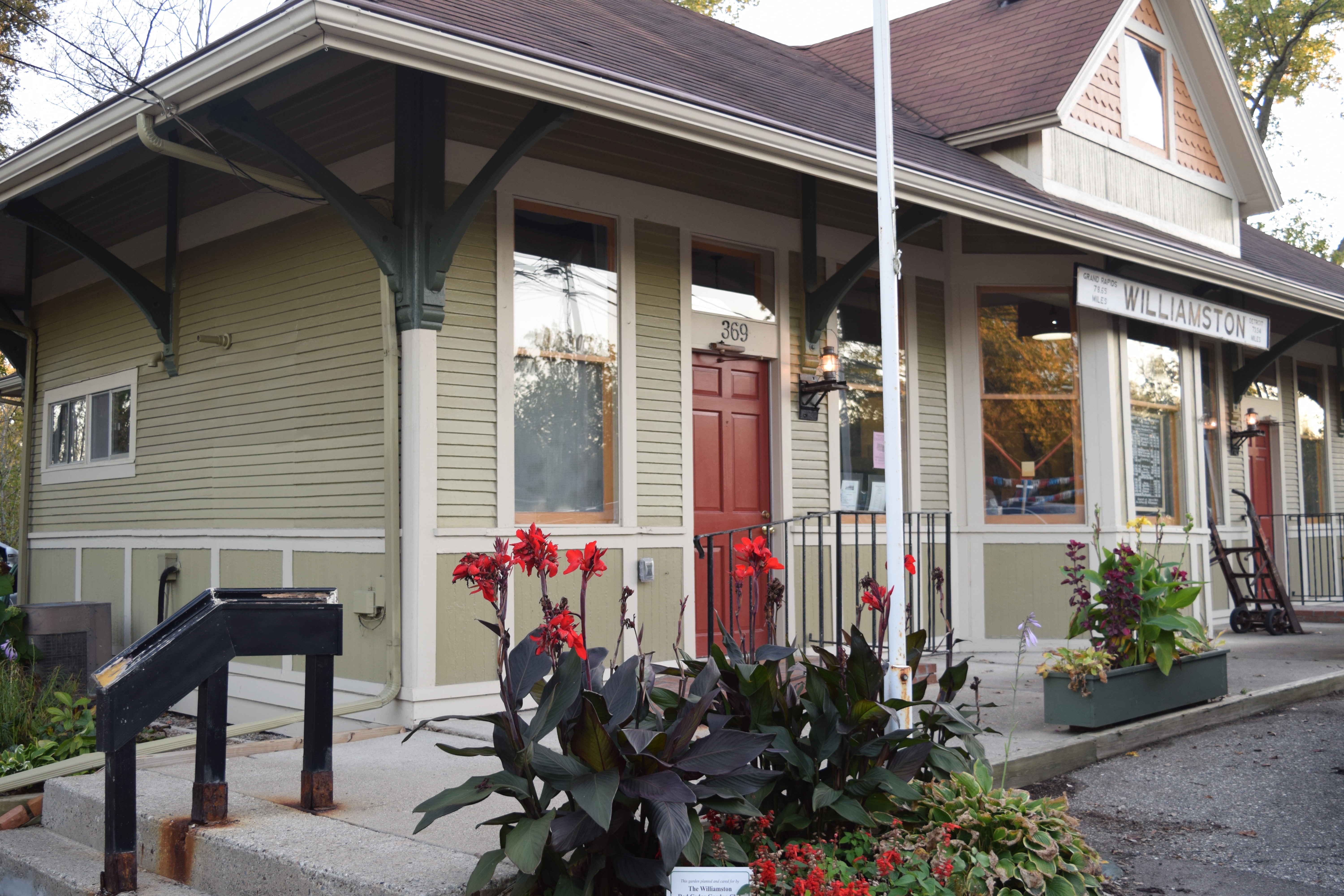 The Williamston Depot Museum had displays explaining the history of apple farming in the town. Photos by Mattie Milne 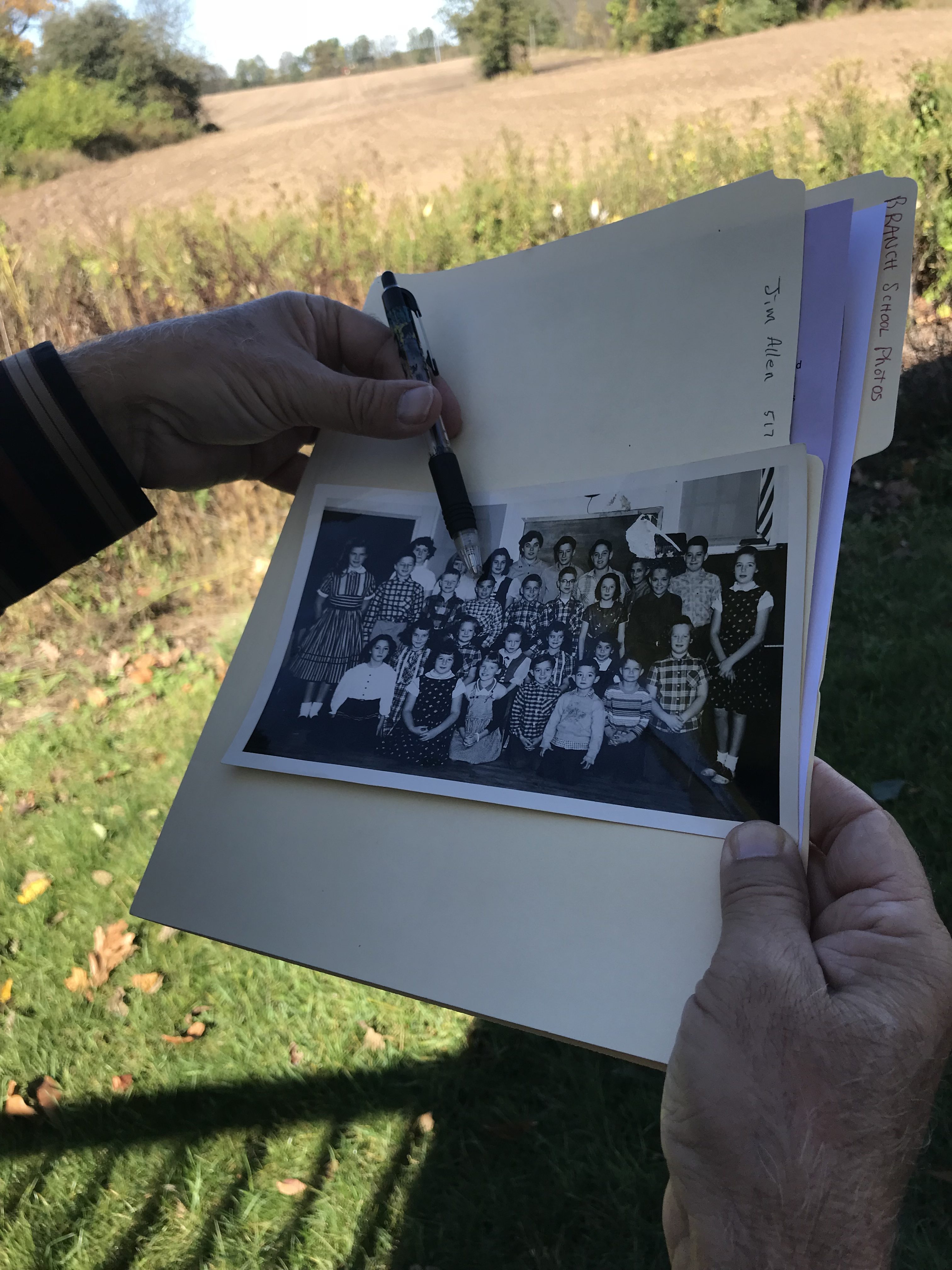 Keith Eldred points himself out in a school photo taken at the one-room schoolhouse. Eldred said attending school with his younger sister was nothing special because it was all he knew at the time. Photo by Mattie Milne 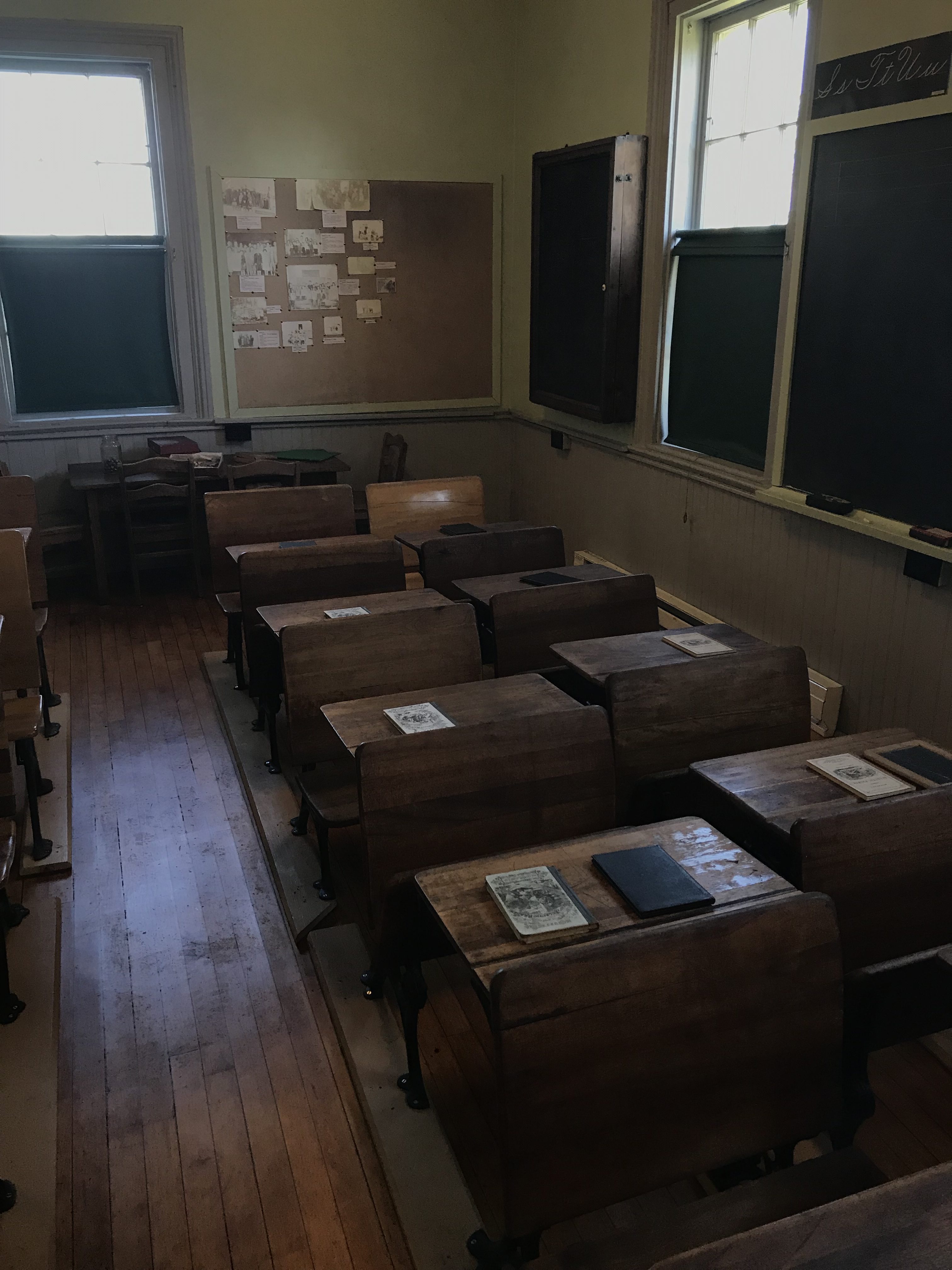 The Branch School fit up to 40 students. It was a school for 99 years and later used as township hall. Photo by Mattie Milne 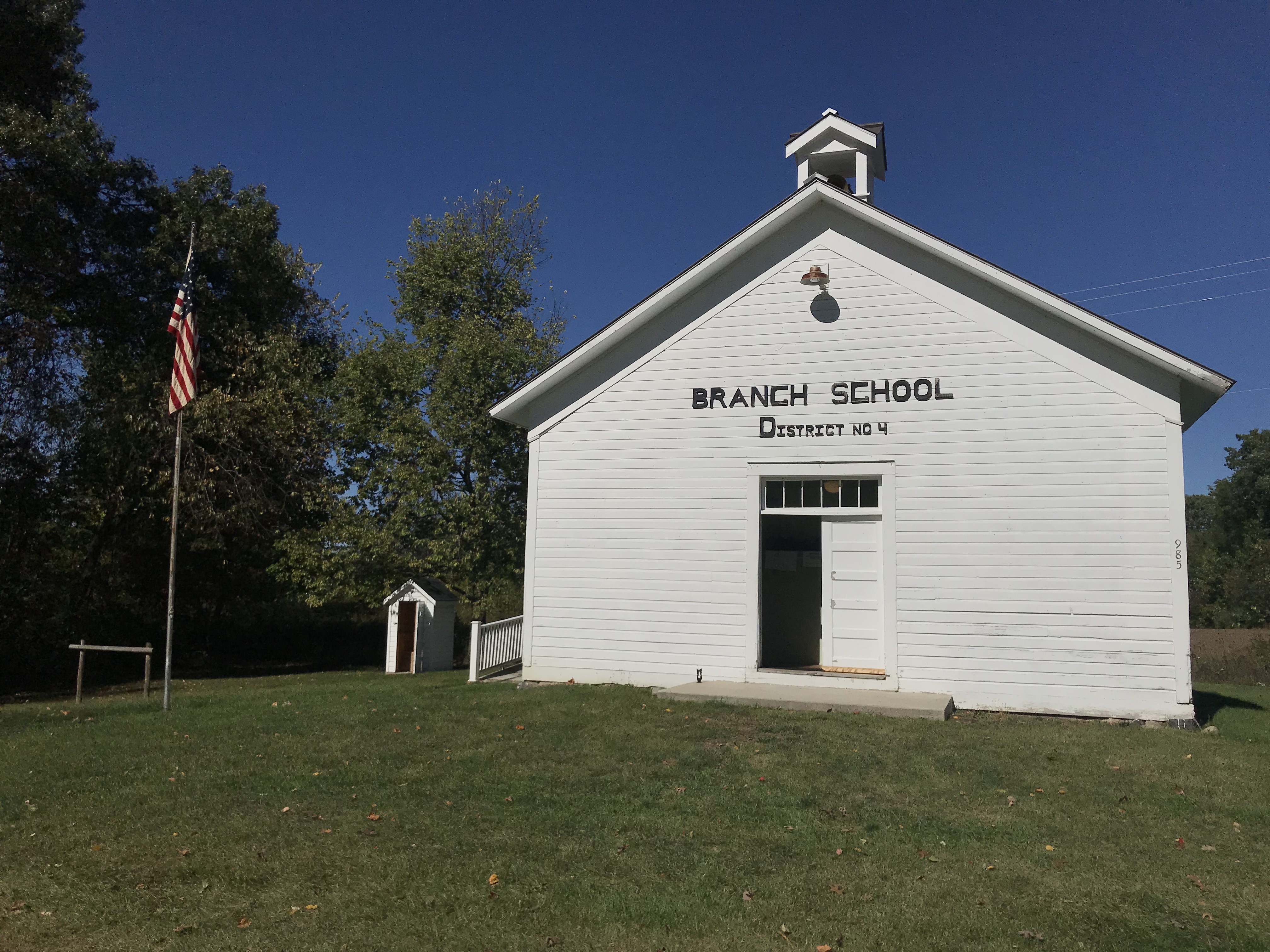 “Community members really like it,” said Lutzke. “They’re the ones that say, ‘I have always driven passed the cemetery but never stopped’ or ‘I’ve seen the depot museum here. I’ve never stopped in.’ They seem to be appreciative that we’ve basically made an event that would make it interesting for them to stop in.”

Around 240 people visited at least one of the locations on the tour and of those, about 140 were Williamston High School students.

For every location students attended, they received extra credit points. Lutzke started this concept and through the years influenced other teachers to also give out extra credit.

“I like to see students taking history out of the textbooks and into their backyards and hope it resonates with some of them, hopefully all of them,” said Lutzke. “Anytime you can equate what they have learned in the books with something locally, I think it’s more tangible to them.”

The students as well as the general public had the chance to learn history of locations often passed, but never explored.

Branch School allowed visitors to see what a one-room schoolhouse looked like in the 1920s.

Keith Eldred, a student of The Branch School in the 1950s went back to where he attended kindergarten through sixth grade. When walking into the school he says he can remember having tea parties in the library corner and setting up for the Christmas pageant.

Eldred said, “I think it’s important that folks get a chance to see what was here before they were, and begin to appreciate what life out here would have been like.”

Tom M. Johnson, one of the caretakers of The Branch School said most people who walk in have similar reactions. They often ask him if the school really fit up to 40 children from all different grades.

“Here’s something that hasn’t been moved, it’s in its original state,” said Johnson. “If you want history, here’s history. It’s as simple as that.”

Johnson said history day would not be complete without The Branch School.

The cemeteries featured graves of people who were businessmen in Williamston.

Linda Siciliano is a board member for the museum and grew up in Williamston. She helped out at Summit Cemetery this year.

At the site, visitors were given handouts listing deceased merchants and how they contributed to the community.

“I think it’s good for people to know their history and if you’re a newcomer to Williamston you live on property that has history,” said Siciliano. “I think the more you know about history the better you understand your own family and ancestors.”

Next year Williamston will be celebrating 125 years of the depot museum, which up until 1979, was located near the railroad tracks. The cemeteries will highlight those who worked at the railroad or were victims of railroad crashes.

“I don’t know that anyone has anything like a history day tour. I think that sets us apart,” said Johnson.

The museum will be hosting fundraiser on Oct. 15 relating to the apple displays set up in the museum. Attendees will be taken to modern apple orchards and learn the origin, history and production methods of apples.

To reserve a spot on the bus, mail a $25 check to the Williamston Depot Museum located at 369 West Grand River Ave., Williamston, MI 48895.